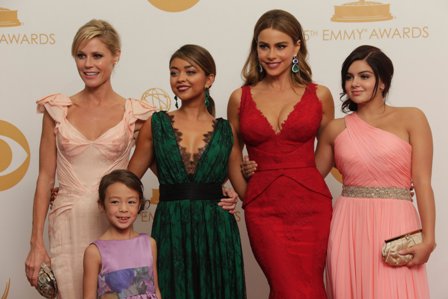 Women are represented on TV, however, inclusion does not equate progress. There is the matter of the roles women are given.

During the 2013 to 2014 TV season 43 percent of women played personal life-related roles, such as wife or girlfriend, compared to only 24 percent of men, according to the Boxed In: Employment of Behind-the-Scenes and On-Screen Women in 2013-14 Prime-time Television Report by Martha M. Lauzen, Ph.D.

The continual gap between the roles for men and women is something that needs to change. The categorization of women as the wife or girlfriend of a man are typical, where as men have more roles outside of being in a romantic relationship.

CSUN Liberal Studies student Manuel Ruiz said he believes roles for women on TV continue to be stereotypical and compares them to fairy tales.

“The good character has to be this pretty little girl or woman and then you know the domesticated type or [she is] the opposite… miss professional but… forgoes like all her family values,” Ruiz said. “It’s kinda like this extreme right. I don’t think that the… roles that women play on TV are very positive most times.”

Indeed, CSUN Computer Science student Karina Muñiz said that women are constantly portrayed the same way, with a “one-track mind of just men and… looking pretty”. She said when female characters are talking to each other a lot of the times it is about men.

“[Women are] usually trying to fix a guy because they guy is going through problems,” Muñiz, 22, said. “They are the only stability because the woman are supposed to be stable, emotionally stable all the time, and men are the ones that have problems.”

There is nothing wrong with a woman being someone’s girlfriend, but that’s not all she should be. Female character, like any other character, should be three-dimensional.

There should be a balance between her romantic life and her “work” life. We should be able to see female characters as mothers and wives, but also as lawyers, nurses or in any other profession.

Only 43 percent of female characters are seen at work and working on prime time TV compared to 58 percent of males, according to the report.

Take the survey below or comment your thoughts about this topic: