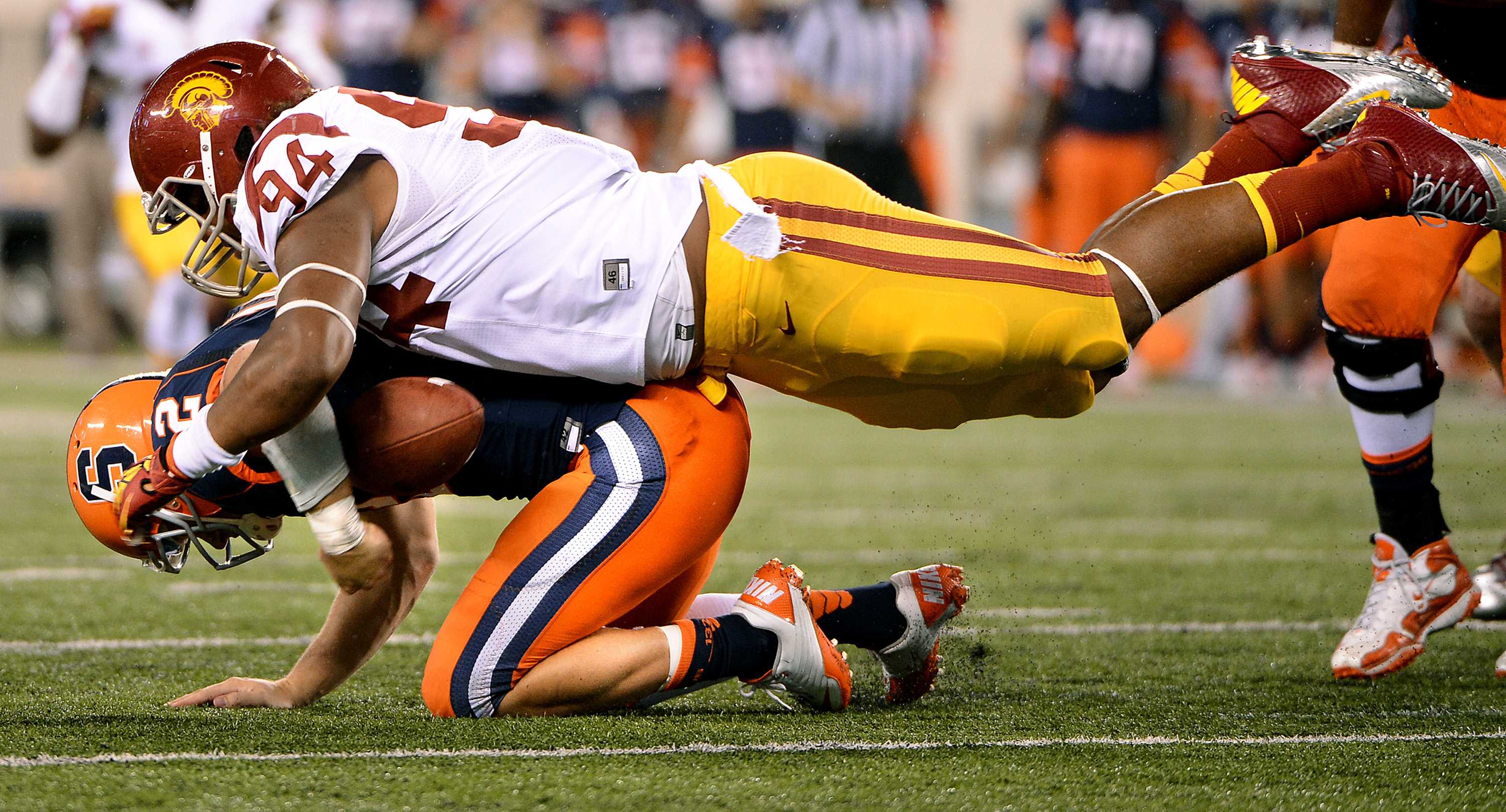 This past week some of the nation’s top universities opened their campuses to showcase their top athletes to NFL scouts for Pro Days.

USC’s Leonard Williams, Alabama’s Amari Cooper, and Oregon’s Marcus Mariotta were only a few of the high profile names who were reevaluated at Pro Days this week.

Maybe it is a good thing that many of the top draft prospects’ pro days were lost in the shuffle due to the beginning of free agency.

It is bad enough the media talks about nothing else but 40 times and vertical jumps leading up to the March NFL Scouting Combine. There is something to be said for how a player looks and runs in shorts and a tee shirt but it should not out weight a players’ performance on the gridiron.

At least with the combine, there is something valuable about a player showing up and competing to stand out against other top-notch talent. There is something to be said for how a player fairs in the spectacle that is the combine as scouts and media poke and prod the 300 best draft prospects.

With pro days, it is a completely different environment. Players workout in their facilities, prepare with their trainers, and go through position drills with their coaches.

Well media and scouts will debate who propelled and dropped draft stock after their Pro-Days, it really should not matter. What does matter is the game tape a player compiled on Saturdays in shoulder pads.

Alternatively, combine numbers are a reflection of the athleticism a prospect can bring at the next level.

Added, private team work outs can add the more intimate venue a franchise needs to get a closer look at a prospect.

As for Pro Days, they are basically a glorified open practice – a practice with physicality in a sport that demands contact. Still, Pro Days may be a way for smaller athletes to grab the attention of NFL scouts, who might not invite a lesser known prospect to a private workout.

However, for big name prospects, Pro Days are another irrelevant piece of the media-spectacle that has become the NFL Draft.