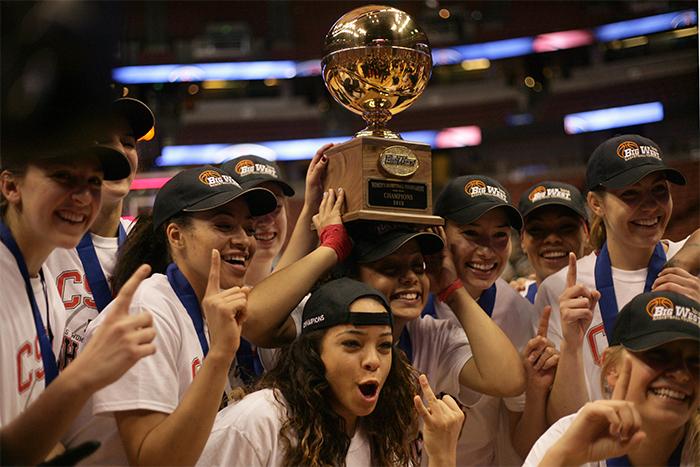 The CSUN Matadors celebrate thier back-to-back title in the Big West Conference after deefeating Hawaii by a final score of 67-60 at the Honda Center on March 14. (Raul Martinez/ Staff Photographer)

After a slow start to the season, the Matadors were able to regroup and charge their way into the second seed of the Big West Conference. CSUN were able to defeat the UC Davis Aggies Friday, and claimed their second straight Big West title Saturday to book their place into the NCAA Tournament.