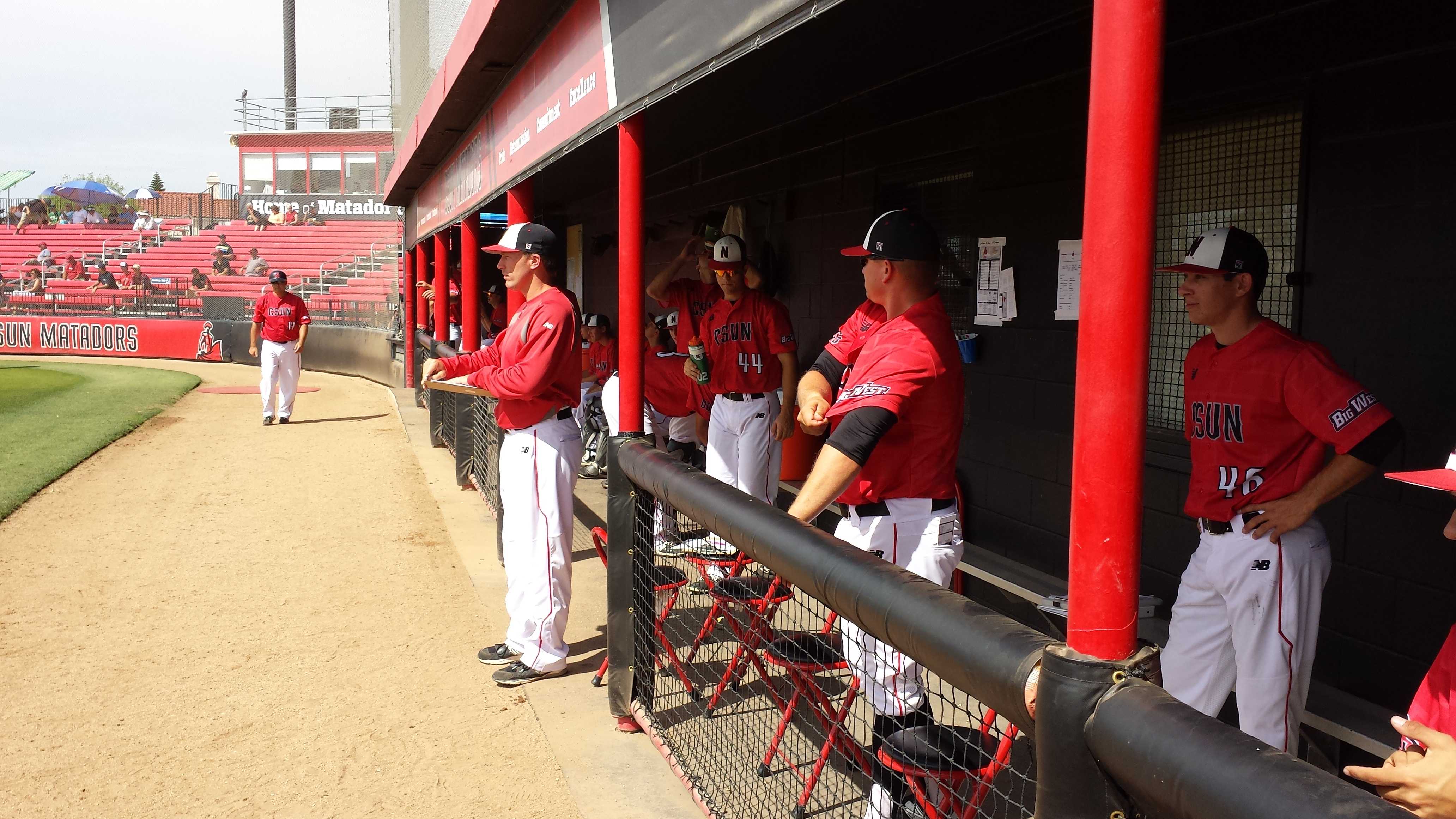 After starting the top of the first inning down 0-2, the Matadors hitters came out red hot and answered with seven runs through the first three innings.

“It was sloppy early on the mound, I thought our offense did a good job letting the ball come to them,” CSUN head coach Greg Moore said. “These guys do a pretty good job of just continuing to play and work at the game.”

The Matadors had a commanding 7-2 lead, but the Colonials answered back with two runs in the top of the fourth inning, bringing the score within three. The Matadors then got two runs of their own in the bottom of the fourth to cancel out the runs they surrendered.

Through innings four, five and six, the Matadors bats went cold and the pitching got inconsistent. They were outscored 6-2 by the Colonials in those innings, and in the fifth inning, sophomore shortstop Kevin Mahala hit a three-run home run to bring them within two. A sacrifice fly later by sophomore Colin Gibbons-Fly brought another run in to bring the score within one.

Neither team would score again after the sixth inning.

“I couldn’t have done it without my defense,” Rodriguez said. “I feel like I prepared myself well enough, did my job, and the defense was right there with me every pitch of the way.”

The Matadors win the weekend series two games to one and Coach Moore was impressed with his team’s resiliency to improve game by game.

“Our pace by the offense and understanding of pace by the pitchers truly let the game come to them,” Moore said. “[They were able] to take advantage of their opportunities.”

CSUN’s next game will be at Matador Field against Pepperdine Tuesday, March 17, at 2 p.m.