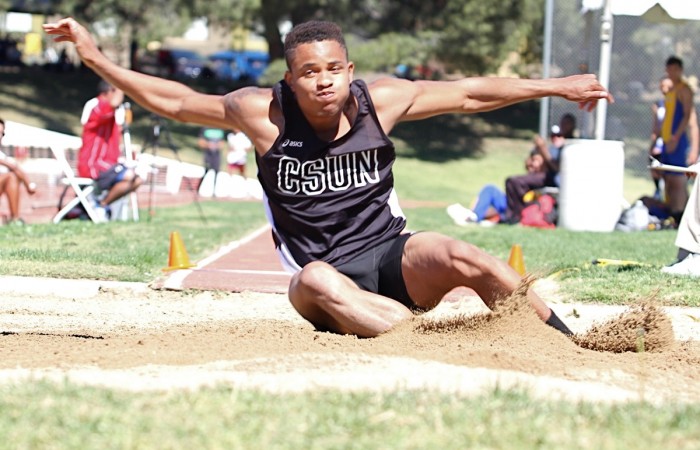 “So far it’s going really well,” Avery Anderson track and field head coach said. “It’s the beginning of the season and the training seems to be paying off.”

Featuring a full slate of 36 events (20 track, 16 field), CSUN competed in 32 and finished first in seven, including four events that they placed both first and second.

The Matadors dominated the hammer throw competition. First place for the men was senior Danny Jones with a 161 foot, one-inch throw and freshman Josh Ji in second (159-03).

Not to be outdone, the women did the same, as senior Mariah Counts took first with a 176-07 throw while senior Julienne Lewis-Sidqe threw 165-01.

The ladies also blew past the competitors in the 400-meter dash as junior Lexis Lambert finished first with a time of 55.03 and junior Marie Veale placed second with a time of 56.39.

Rounding out the winning Matadors is senior Lydia French, who cleared 5-09.75 to win the women’s high jump and sophomore Josh Webster finished first in the men’s triple jump with a distance of 48-04.00.

For a listing of the full results click here.

The next meet will be the Northridge Invitational on Saturday, March 21, with a multi-event competition onThursday and Friday at the Matador Track and Field Complex.