Dear Mr. Commissioner: How to handle the Pete Rose predicament 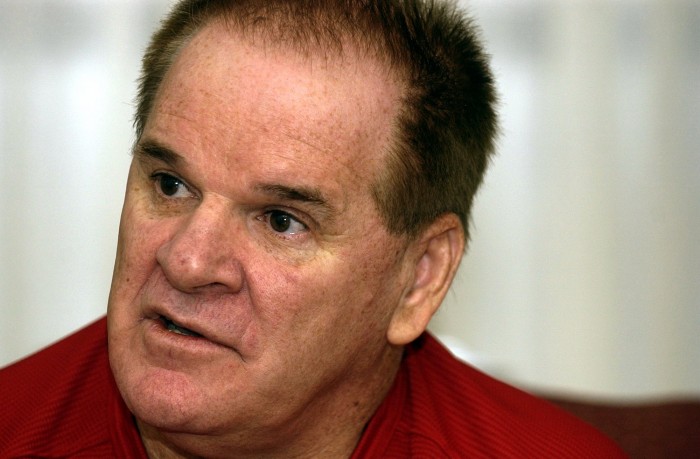 Why Pete Rose should be forgiven in this week's edition of "Dear Mr. Commissioner." Photo courtesy of TNS.

After 26 years of watching from the outside, Pete Rose, Major League Baseball’s all-time leader in hits and games played, has once again, formally requested to be reinstated to the game where he made his name.

A 17-time all-star and the 1973 NL Most Valuable Player, “Charlie Hustle” was banned from the game in 1989 by then-commissioner Bart Giamatti for reportedly betting on the outcome of games, including his own Cincinnati Reds. After failing attempts to petition both Bud Selig, and Selig’s predecessor Fay Vincent for reinstatement, the responsibility falls on your shoulders to do what is right, and repeal a ban that has little to no bearing in today’s baseball landscape.

I’m not saying Rose should be welcomed back with open arms or anything, and his crime was egregious enough to receive a hefty punishment, but doesn’t it seem a little ridiculous that the greatest hitter of all-time doesn’t have a plaque in Cooperstown?

There was no allegations of cheating on Rose’s part, which will probably keep prolific sluggers like Sammy Sosa, Barry Bonds and Mark McGwire from the hall. Or allegations of flat out lying during congressional meetings like Rafael Palmeiro or Roger Clemons. There wasn’t even evidence of game fixing. The guy just bet on games.

He did refute the claims against him for almost 15 years, but name any Steroid Era slugger who didn’t immediately defend themselves against the Mitchell report or the allegations therein. I don’t see any of them facing a lifetime ban. Bonds and Clemons were both caught lying to congress, but dodged perjury charges. Am I to believe that the MLB commissioners office is to hold their players to a higher regard than our federal justice system?

A repealed ban will certainly mean an inclusion into the Hall of Fame, which some might call an insult to the sanctity of Cooperstown. But those critics are seeing the Hall with sepia-tinted glasses, which need to be taken off and crushed to see the ridiculous precedent that has engrossed those hallowed grounds for the better part of half a century.

The Hall was never a place for those with strong character, and the voters never exactly included character traits in their voting process until recently. Ty Cobb, a member of the first Hall of Fame class in 1939, who’s disgusting antics have become the stuff of legend and the plot of a mediocre movie staring Tommy Lee Jones, was a noted racist who once jumped into the stands to attack a disabled man who dared call his mother, “Half-Black,”.

Cobb was suspended but his team protested, forcing the league to drop the suspension because beating a man within half his life is fair game if that man called your mother a different race. Obviously.

The “Georgia Peach,” was even urged to confront the heckler by teammate, and future Hall of Fame outfielder, Sam Crawford, who questioned if Cobb was “going to take that sort of talk.”

Let’s not forget that Cobb was accused of fixing a game or two during his tenure as well. An offense that got poor, simple, “Shoeless” Joe Jackson excommunicated from the MLB in 1920, despite the possibility that the supposed confession he signed might not actually exist.

The entire hall is full of people with questionable character.

Rose admitted to his transgressions in 2004, and personally signed the paper work allowing for his permanent ban. In 1991, the league agreed to disallow the addition of any player on the MLB’s ineligible list to be placed on the HoF voting ballets.

Commissioner Manfred, You’ve already came out and stated that you’d take into consideration the findings of the Dowd Report, as well as the decisions of your predecessors, but honestly, this decision rests on your hands. You’re a new commissioner, traversing a baseball culture that former commissioners Fay Vincent was never a part of, and Bud Selig never fully accepted. Be your own commissioner, and make your own history.

It’s time to let Charlie Hustle back into the game. Time heals all, and although he did break Rule 21, history has proven that the league isn’t too heavy on rule breakers, save for this Rose situation and the 1919 Black Sox scandal. There isn’t anything wrong with a bit of charity once in a while and that all a Rose reinstatement would be-a bit of helpful charity.

P.S: while we’re at it, lets get “Shoeless” Joe out of the cornfields and into Cooperstown as well.