One dead, two injured in car accident on Lassen street 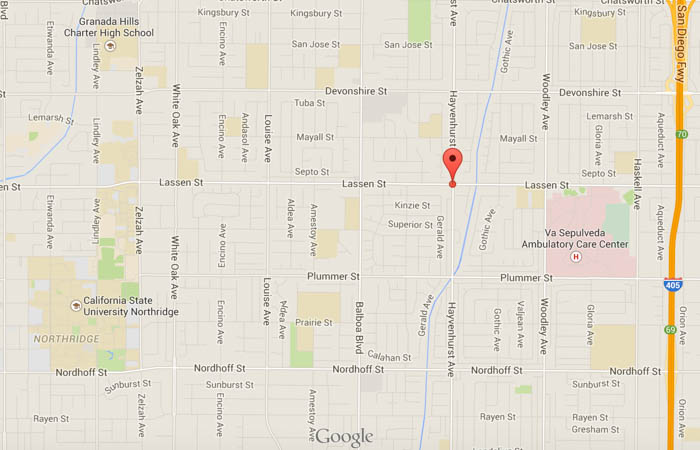 One person was pronounced dead at the scene of a fiery accident at the intersection of Lassen Street and Hayvenhurst Avenue around 10:30 this morning.

NORTHRIDGE (CNS) – A fiery crash involving a truck and another vehicle
in Northridge today left one person dead and two other people injured.
Paramedics sent to the 16600 block of Lassen Street at 10:26 a.m.
pronounced a person dead at the scene, said Shawn Lenske of the Los Angeles
Fire Department. That individual’s gender and age were not immediately known.
Lenske said a man was treated at the scene and released, and another man
was taken to a hospital, but the severity of his injuries were unclear.

The accident occurred about 2.5 miles from campus.