“The Drowsy Chaperone” Brings the Lights of Broadway to CSUN’s VPAC. 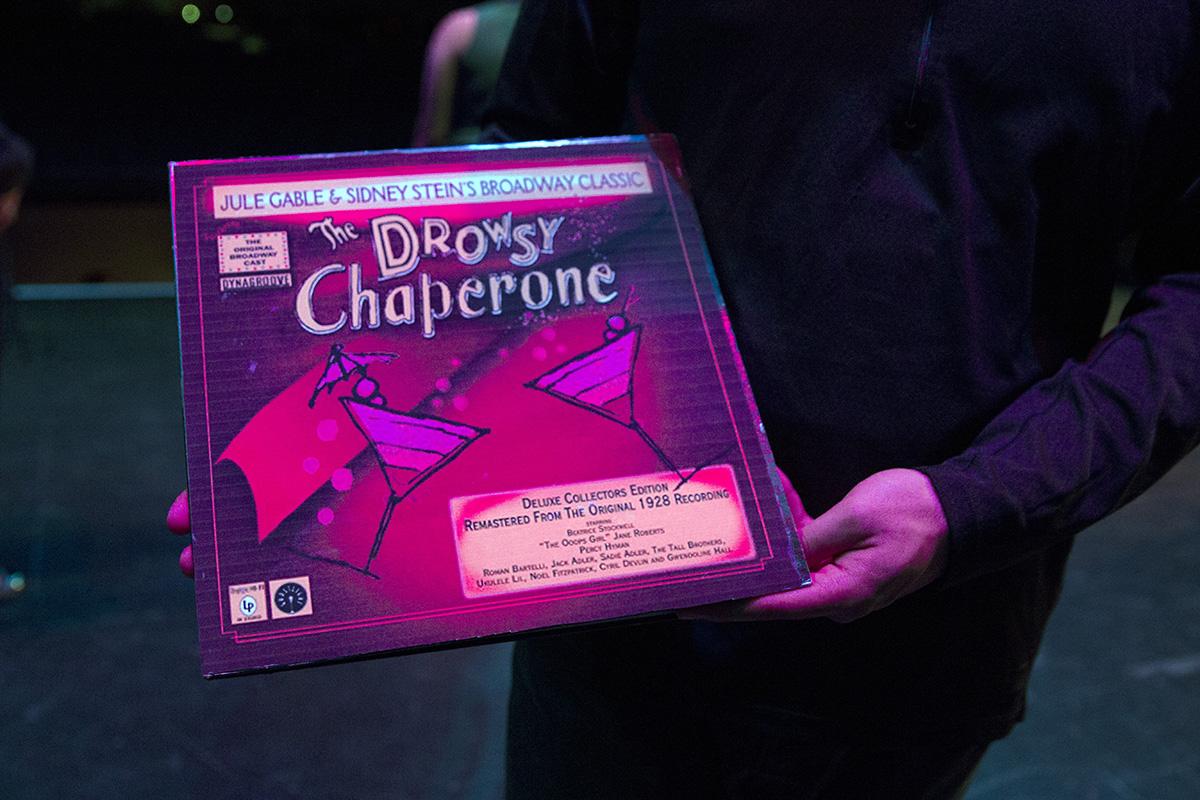 CSUN’s Theatre Department’s first Broadway musical is living true to the old theater adage, “the show must go on.” Despite a New York snowstorm holding a key piece of scenery hostage, adjusting to a new theatre in the middle of rehearsals and the challenges of sandwiching their show into the venue’s tight schedule, the musical is ready for opening night.

For the last eight weeks, more than 100 students, faculty and professionals have worked to bring Tony Award-winning musical “The Drowsy Chaperone” to the Valley Performing Arts Center stage.This was a feat made even more challenging due to the fact that those eight weeks were spent rehearsing on the much smaller Campus Theatre stage.

“The Drowsy Chaperone” is assistant professor Kari Hayter’s first production, since being hired in the fall to join the theater department’s tenure-track faculty.

Besides using logistical aids, such as using tape to block out the actual size of the VPAC stage on the rehearsal stage, even when that meant the actors were performing behind a wall or curtain, Hayter also acknowledges another key tactic that helped make the transition smoother between stages.

“Lots of rehearsal, pre-production and using professional set designers made the transition [from the Campus Theatre to the VPAC] a lot easier,” Hayter said.

During the first rehearsal on the VPAC’s stage, just seven days before opening night, it was evident that all of the pre-planning had paid off. The musical numbers played smoothly, with minimal staging notes and cast direction.

Stage Manager Geoffrey Stirling, noted that even though the adjustments to the larger house are a challenge, there are definitely some benefits to bringing a show to such a new space.

Stirling recalled his previous assistant manager positions, and the running between stage and back of the house required to relay messages and complete tasks. In this production, “God mics” eliminate some of that running.

“Since the space is so large, I rely on my assistant stage managers to be my extensions,” said Stirling. “But technology makes that part of the job much easier.”

Technology is also a key component to what makes the VPAC such a perfect venue to present “The Drowsy Chaperone.”

According to the Valley Performing Arts Center website, the architecture of the hall contributes to a unique “variable acoustical system” that employs “carefully shaped reflecting wall construction and deployable sound absorptive wool fabric.”

Professor David Aks enjoys the ability to take advantage of the tunable room, while conducting the 13-piece orchestra providing the big band soundtrack to “The Drowsy Chaperone.”

“The band is a mix of undergrads, postgrads and recently graduated students,” said Aks. “They did a great job of nailing the style. It all sounds correct [to the ’20s time period].”

Aks acknowledges that this partnership is a rarity among universities, but one that ultimately benefits the students in their postgraduate careers.

“Graduating with a performance degree from CSUN and having the experience of working on a production is a very marketable skill set to have,” said Aks. “Theater companies around Los Angeles are always looking to hire those talented individuals that also have this practical experience.”

From the show choices made by the theatre department’s board supporting a specific curriculum focus, to the lessons and skills the students gain from their time at CSUN, experience is the singular goal.

“One show the actors may be the lead and another they’ll be in the chorus,” said Taylor. Actors learn that “it’s the show, not the performer.”

Ultimately, “The Drowsy Chaperone” is the grand sum of all the parts coming together – pre-production, direction, the music department and the theatre department.

Taylor described the collaboration perfectly. He said, “they’re all supporting each other.”