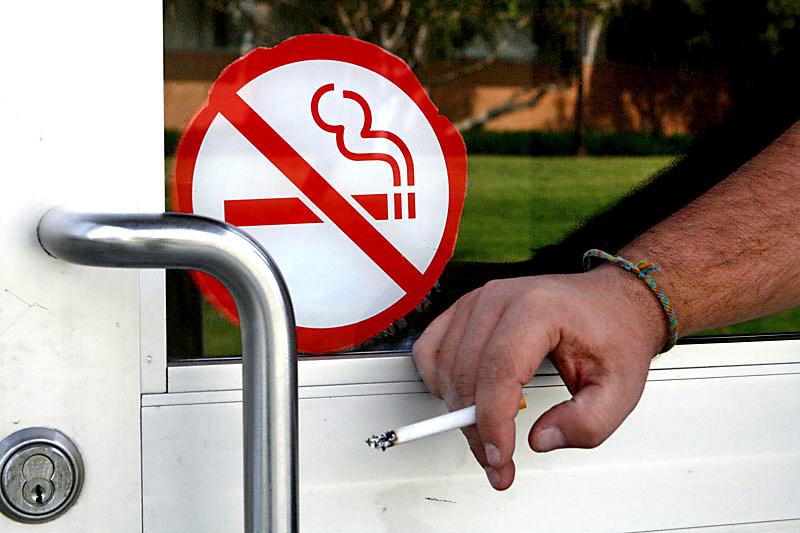 According to her emailed statement, the new policy is a result of a 2013 survey conducted by “Help Make CSUN Shine Bright” which found that a ban on smoking was “strongly supported”.

“It’s probably a good thing: I won’t smoke as much on campus,” Olga Govdyak, a graduate student in the geography department said. “It’s pretty much the primary place where I’m stressed out and step out for a cigarette on breaks. But ultimately if I’m still smoking after I finish here then the campus ban really isn’t going to effect smokers who are going to do it anyway.”

The current policy concerning smoking on campus that includes a ban on smoking within 20 feet of any building and designated areas where people cannot smoke will be abandoned for a campus wide ban with the stated goal of promoting the “health and safety of our campus community.”

“I recognize that this change may be difficult for some members of our campus community,” Harrison said. “As we are seeing at other universities and organizations nationwide, however, smoke-free campuses have become prevalent and have gained broad support and momentum because of the benefits.”

Dr. Linda Reid-Chassiakos, the director of the Student Health Center and Ken Rosenthal, the associate vice president for Facilities Development and Operations will head the committee of campus leaders that will guide the transition.