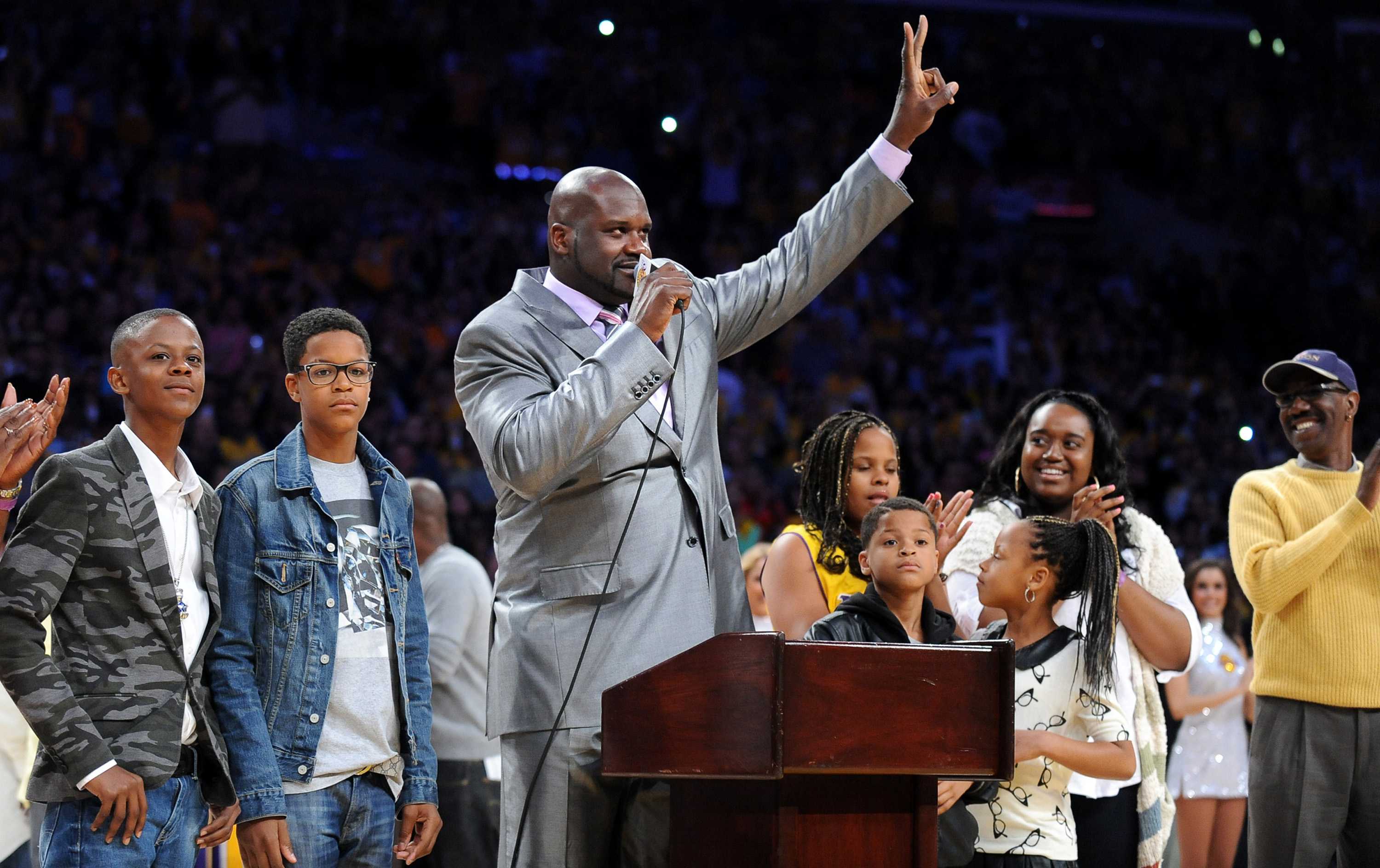 Former Los Angeles Lakers star Shaquille O'Neal during a ceremony to retire his number before a game against the Dallas Mavericks at Staples Center in Los Angeles, California, on Tuesday, April 2, 2013. (Wally Skalij/Los Angeles Times/MCT)

Years before he drew a New York crowd into chanting “Kobe [Bryant] how my a– taste?” during a freestyle rap in 2008, his 2006 NBA championship with the Miami Heat, and his historic Los Angeles Lakers career, the “Big Diesel” broke backboards with the Orlando Magic at the Amway Center in Florida in the mid-90s.

The ’90’s already had elite centers in Hakeem Olajuwon and David Robinson who were skilled big men who showcased basketball fundamentals and danced around their opponents for easy points. However, 1992 marked the introduction of brute force through an expansion team whose name was chosen by the owner’s 7- year- old daughter.

As the No.1 overall pick, Shaquille O’Neal proved that whatever he lacked in skill he could make up with in strength. Towering at 7 ft 1 in and weighing 300 pounds, “Shaq” was a hard cover for anybody; it was near impossible to keep him out of the paint. This translated to easy points for the one man wrecking crew, whose strength alone made his stat sheet impeccable after only four seasons.

Ranking second in points, blocks, and rebounds in franchise history, O’Neal averaged 27.2 points, 12.5 rebounds and 2.5 blocks in a Magic uniform.

During his 1992- 93 Rookie of the Year campaign, O’Neal became the first player in NBA history to be awarded Player of the Week in his first week in the league. That same year, O’Neal averaged 23.4 points, 13.9 rebounds, and 3.5 blocks to become the first rookie voted into the All- Star Game starting lineup since Michael Jordan, back in ’85.

His sophomore season marked his first triple- double, recording 28 rebounds, 24 points and 15 blocks as he led the NBA in field goal percentage at 60 percent.

O’Neal’s third season was highlighted by leading the Magic to their first ever playoff win by beating the Boston Celtics. Though they advanced all the way to the NBA, they were swept by the Houston Rockets. Along the way he made his third consecutive All- Star Game appearance and won the NBA scoring title by averaging 29.3 points per game.

In his final season with the Orlando Magic, O’Neal made the All- NBA 3rd Team and led his team to back – to – back playoff appearances, only losing to Michael Jordan and Chicago Bulls in the Eastern Conference Finals.

His departure left some fans and the organization in dismay but the contribution he made to the franchise is one that can’t be denied.

O’Neal will become the third Orlando Magic Hall of Fame inductee on March 27th. The ceremony will take place in the Amway Center, as the Magic host the Detroit Pistons.