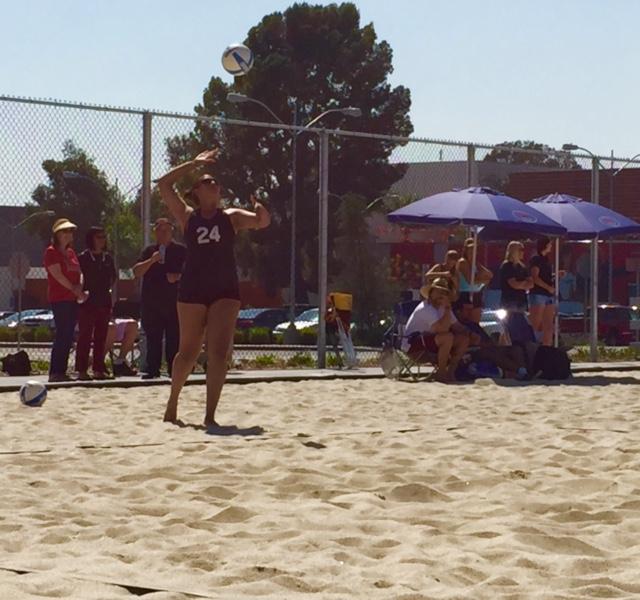 After dropping two consecutive games to top ranked opponents Pacific and Long Beach State, the CSUN program found its self looking to regroup for the CSU Roadrunners at home.

Following a loss to CSU Bakersfield early in the season, the CSUN Sand Volleyball squad looked for Thursdays home matchup as an opportunity to showcase their growth midway through the 2015 season.

CSUN would show enormous progress, but eventually fall at home to Bakersfield 4-1.

“The scores were probably closer,” Assistant Coach Gary Sato said following the loss. “I saw more good plays by us on the things that we trained on. I thought there was improvement there.”

The CSUN Sand Volleyball team was able to keep it close in competitive match after match, with the pairing of Nada Dragovic and Alia Casino picking up the lone victory of the day, but collectively couldn’t break through when crucial set points were needed.

“It’s foreign, it’s something that will help their indoor training, but it takes awhile to get use to the elements and to adapt to the game.” Sato said. “Throw in all of a sudden some competition, you can compete hard but if your not proficient with all the nuances of sand volleyball it can be tough.”

“Nicolette Pinkney and Julie Haake,” said Sato when asked what duo has improved the most at the midway point of the season. “They keep working hard everyday, so I see a lot of progress there. [For] some girls it’s been a little bit slower [transition from hardwood court to sand], but I think it’s a matter of getting use to the sand and committing themselves to be a better sand volleyball player.”

The CSUN Sand Volleyball squad will now travel March 27 to Tuscon, Arizona, to take on Nebraska, Arizona and Boise State.