Women’s Basketball: CSUN falls to Stanford in NCAA first round 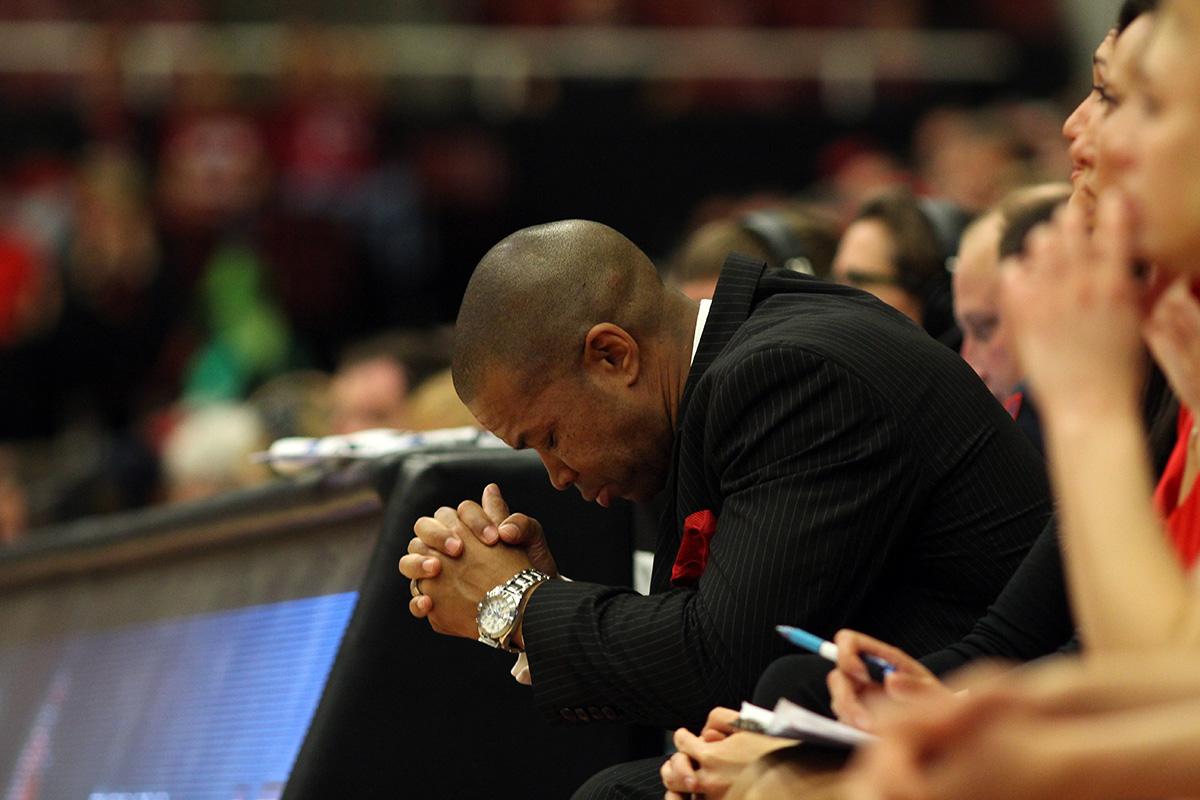 The Matadors were unable to stop Stanford's second-half rally, falling to the Cardinals in the first round of the NCAA Women's Tournament on March 21. (Trevor Stamp / Multimedia Editor)

Though CSUN fell 73-60 to the Stanford University in the first round of the NCAA tournament Saturday evening, they gave the larger team a good fight.

In a match that included several lead changes, CSUN managed to dig themselves out of an early hole and give the No. 4 seeded team a run for their money.

Northridge struggled against Stanford University in the first round of the NCAA tournament but managed to overcome a double-digit deficit and closed the first half 29-28 over the higher-seeded team.

Stanford took the lead right at the tip off and by the middle of the half, had CSUN trailing behind by more than 10.

But CSUN still had some fight left in them. Stanford brought some tall shooters to the floor, but this hasn’t been necessarily crippling for the Southern California team.

As the half winded down, CSUN turned it up and pulled several blocks on Stanford and pushed the clock against them.

At 4:48 in the half, CSUN overtook Stanford with a jump shot from junior Emily Cole.

But things took a turn for the worst in the second half and CSUN fell back into a double-digit deficit.

They learned some hard lessons. First, don’t leave Stanford’s guard Lili Thompson unguarded, and never take your eyes off her.

Second, if you managed to get a shot over Stanford’s defense, you got to make it.

Third, and maybe most importantly, don’t go seven minutes without scoring against them.

This loss marks the end of CSUN’s 2014-2015 season and with it the careers of its champion starting team, who led it to the NCAA tournament, back-to-back, for the first time ever.