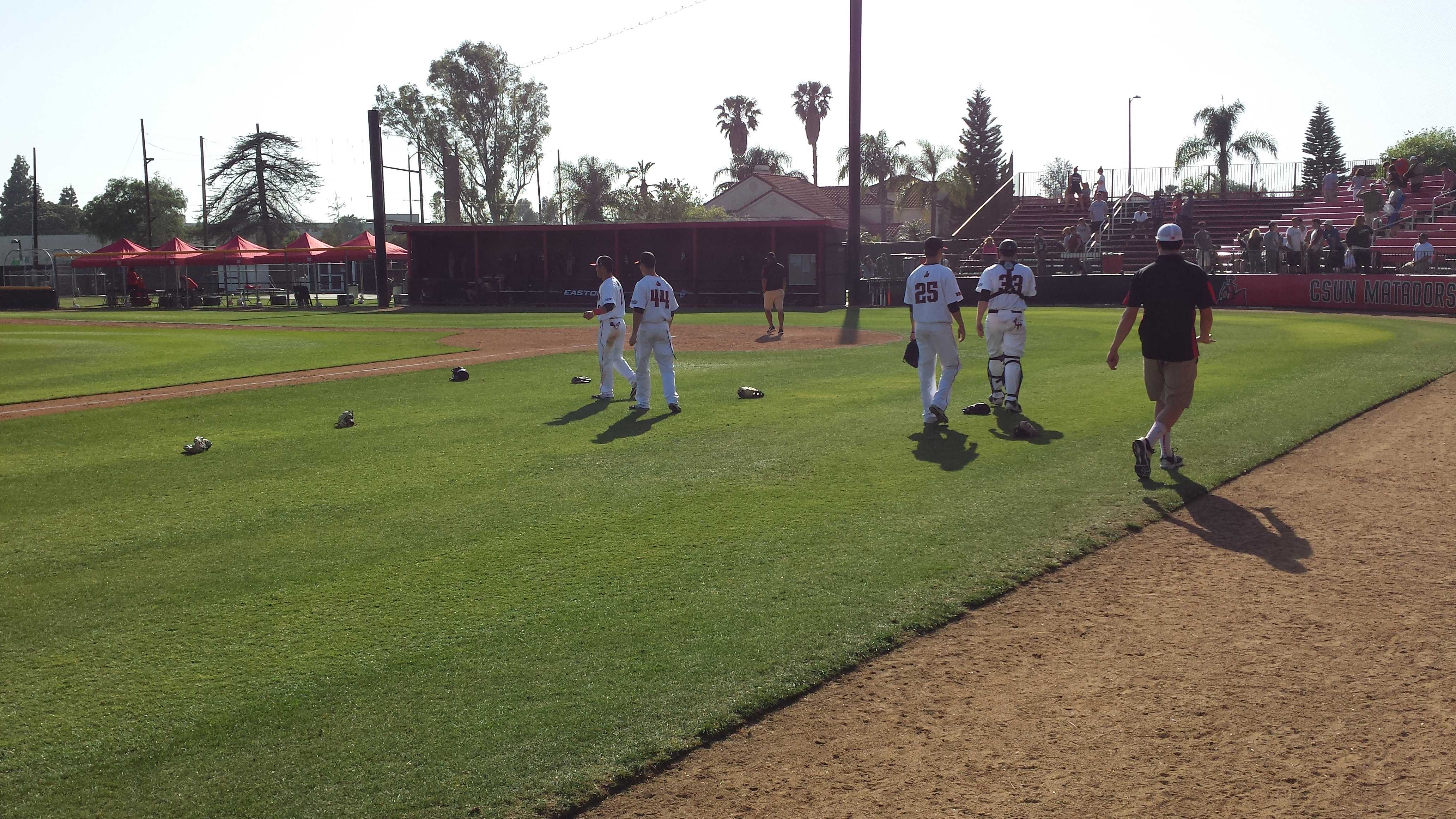 Senior Pitcher Jerry Keel tossed a complete-game and the CSUN Matadors scored eight runs on only five hits in the first game of a doubleheader sweep over the Dartmouth Big Green on Friday at Matador Field.

The Senior improved to 3-1, as he struck out five batters, allowed one earn run and no walks in the 8-1 blowout.

“Jerry’s really been our steady force on that second game of the weekend,” said CSUN head baseball coach Greg Moore who thought Keel was very efficient.

The CSUN offense scored three in the third and four in the sixth as they took advantage of three Dartmouth miscues.

In the bottom of the third inning, the Matadors had bases loaded with nobody out after first baseman Nolan Flashman walk, left fielder Nick Blaser reached on an error by the catcher and center fielder Justin Toerner also walked.

econd baseman Ryan Raslowsky hit an RBI single to the shortstop to score Flashman and then designated hitter Nick Murphy hit a single through the right side to score Toerner and Blaser on the play to give CSUN a early 3-0 lead.

In the sixth inning, The Matadors were able to score four runs while not recording a hit. Third baseman Nolan Bumstead led off the inning with a walk, catcher Albie Weiss was hit by a pitch and Flashman reached on an error by the third baseman as Weiss and Bumstead both scored on the play.

Then Blaser and Toerner each hit RBI sac flies to score Flashman and right fielder Chester Pak to give the Matadors a commanding 8-1 lead.

The five through seven batters in the CSUN lineup combined for three hits, three runs and three RBIs.

“To the hitters credit, were taking advantage of opportunities when the other team gives them to us,” said Moore who thinks the offense is scoring big in individual innings, but just not scoring consistently enough.

Matadors starting pitching stayed consistent in the second of the doubleheader, as they defeated Dartmouth 4-3 to extend their winning streak to six games.

Junior starting pitcher Conner O’Neil tossed six innings and allowed three runs which were all unearned. He walked two batters and struck out five in his second win of the season.

“The starting pitching has been consistent, those three to four guys have done a good job of mixing early and finishing late,” said Moore who would like for the bullpen to be more consistent.

The CSUN Matadors were able to get off to an early 3-0 lead in the top second inning thanks to two-run single by Blaser and an RBI sacrifice fly by Pak.

However, in the top of third inning, Dartmouth scored three runs of their own to tie up the game. O’Neil gave up a bases clearing three-run double, but Toerner made a fielder error on the play which allowed those three unearned runs to score.

In the bottom half of that same inning, the Matadors were able to score the game winning run, after Blaser recorded an RBI walk scoring short stop Yusuke Akitoshi to give CSUN the 4-3 lead.

Blaser combined for four RBIs in the doubleheader.

“Nick is so versatile defensively that it’s almost a bonus when he hits, and he can hit,” said Moore, who was very pleased with Blaser’s performance on the day. “He’s taking good at bats and staying in the middle of the field and really taking what the opposing pitcher is giving him.”

Dartmouth had a chances to tie up the game in the top of the sixth, eight and ninth innings, but the bullpen did their job as they combined for three shutout innings while only allowing one hit.

CSUN pitcher Angel Rodriguez tossed a scoreless ninth inning to earn his second save of the season.