Track and Field: CSUN has strong showing at the Northridge Invitational 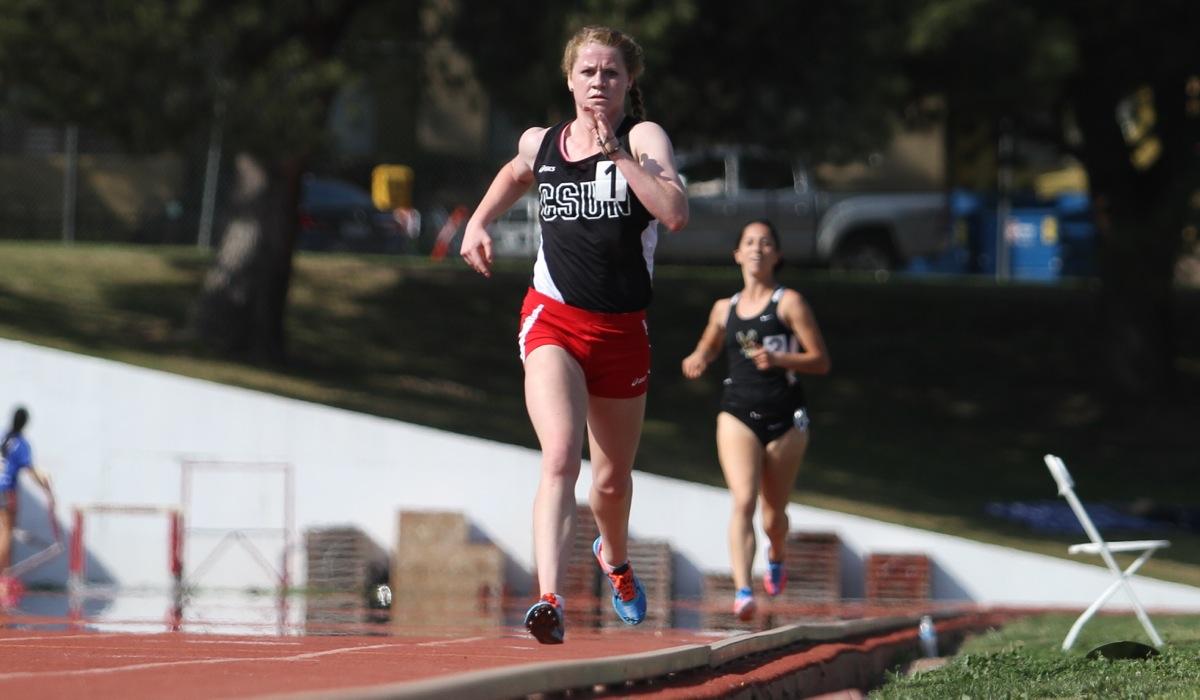 Junior Elizabeth Nelson is well on her way to victory in the Women's 3000 meter race on Saturday, March 21 at The Matador Track Complex. Photo credit: Richard Kontas

For the second week in a row junior Elizabeth Nelson has run away from the field in the 3000-meter race. She lapped two runners on the way to her 10 minute, 8.57 second victory, which was a full 20.31 seconds faster than the nearest competitor.

“I feel good, I had fun today,” Nelson said. “I’m more of a distance runner, and will be doing both the 5K and the 10K in San Francisco in two weeks.”

Meanwhile the Matadors had a stellar day with a total of 10 first place finishes including four events with a first/second place.

The women’s 4×100 meter relay the team of Vincej, Dirks, junior Shamlyn Pinchback and Powell beat the pack with a time of 46.24.

The Matadors will travel to Riverside for the UCR Spring Classic on Saturday, March 28.