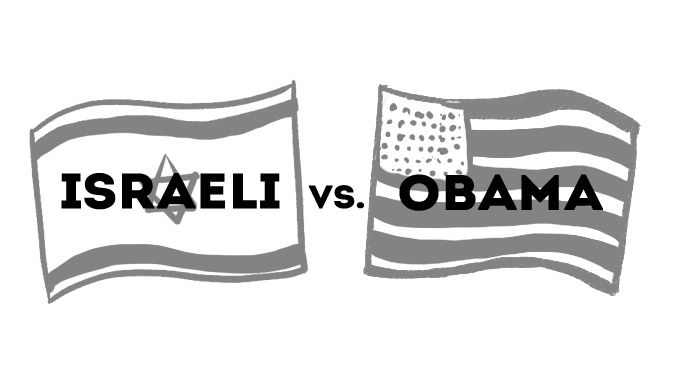 Israel’s Prime Minister Benjamin Netanyahu’s divulgence to congress two weeks ago, though relevant for the ongoing American, Iran talks was also relevant in his victory during Israel’s elections.

Israel’s election results may have been directly determined by the speech Netanyahu made to Congress two weeks ago.

In the highly debated speech, Netanyahu arrived in the U.S. to discuss the deal that is underway with Iran. For more information on the speech or to watch the video go to: http://www.washingtonpost.com/blogs/post-politics/wp/2015/03/03/full-text-netanyahus-address-to-congress/.

Although the speech was criticized by many for being against President Barack Obama, that is not at all what Netanyahu was trying to achieve. The U.S. and Israel are loyal allies, which means that the U.S. should hear what Israel has to say about important negotiations that would affect the safety of its country and its citizens.

Israel has every right to defend its people. Just like the U.S. has fought time and again for its freedom and security, Israel intends to do the same and the whole world should be protecting Israel’s right to do so.

Just to give you some background on why Israel is so concerned, here is some information about the deal that could cause actual dangers for the world’s safety.

The deal being negotiated has not yet been signed by Iran. It calls for restrictions on Iran’s vast nuclear program. That sounds great but there are a few serious problems.

The nuclear infrastructure will remain intact and the violations will not be stopped. The program will end in a decade, which does not guarantee any sort of permanent solution. The whole negotiation is supposed to be in good faith. However, good faith does not stop bad people from doing bad things.

Iran has a long history of having nuclear technology. According to the Nuclear Threat Initiative, Iran’s interest in nuclear technology goes back to the 1950s. Iran has nuclear weapons ambitions, which is a huge problem for the entire globe, not just Israel.

The International Atomic Energy Agency (IAEA), found Iran to be non-compliant and the United Nations Security Council voted on seven resolutions demanding Iran to stop its enrichment and reprocessing activities.

However, this is not about talking badly about Iran but rather explaining another country’s hesitations as to why the deal is debateable.

With this in mind, it is understandable why Israel, a country hated by so many, would be afraid of such a deal. It was Netanyahu’s duty to come here, in front of Congress and speak for his country’s best interest.

So did Netanyahu’s speech play a factor in the results of Israel’s elections? Who knows.

What is known is that despite who the leader of Israel is, the country and the U.S. will have to remain loyal allies to fight against a global threat.

Netanyahu will continue to speak for Israel and continue to fight for the safety of the Jewish people. Obama and Netanyahu will have to settle their differences because it is up to them, the leaders to ensure that peace prevails.