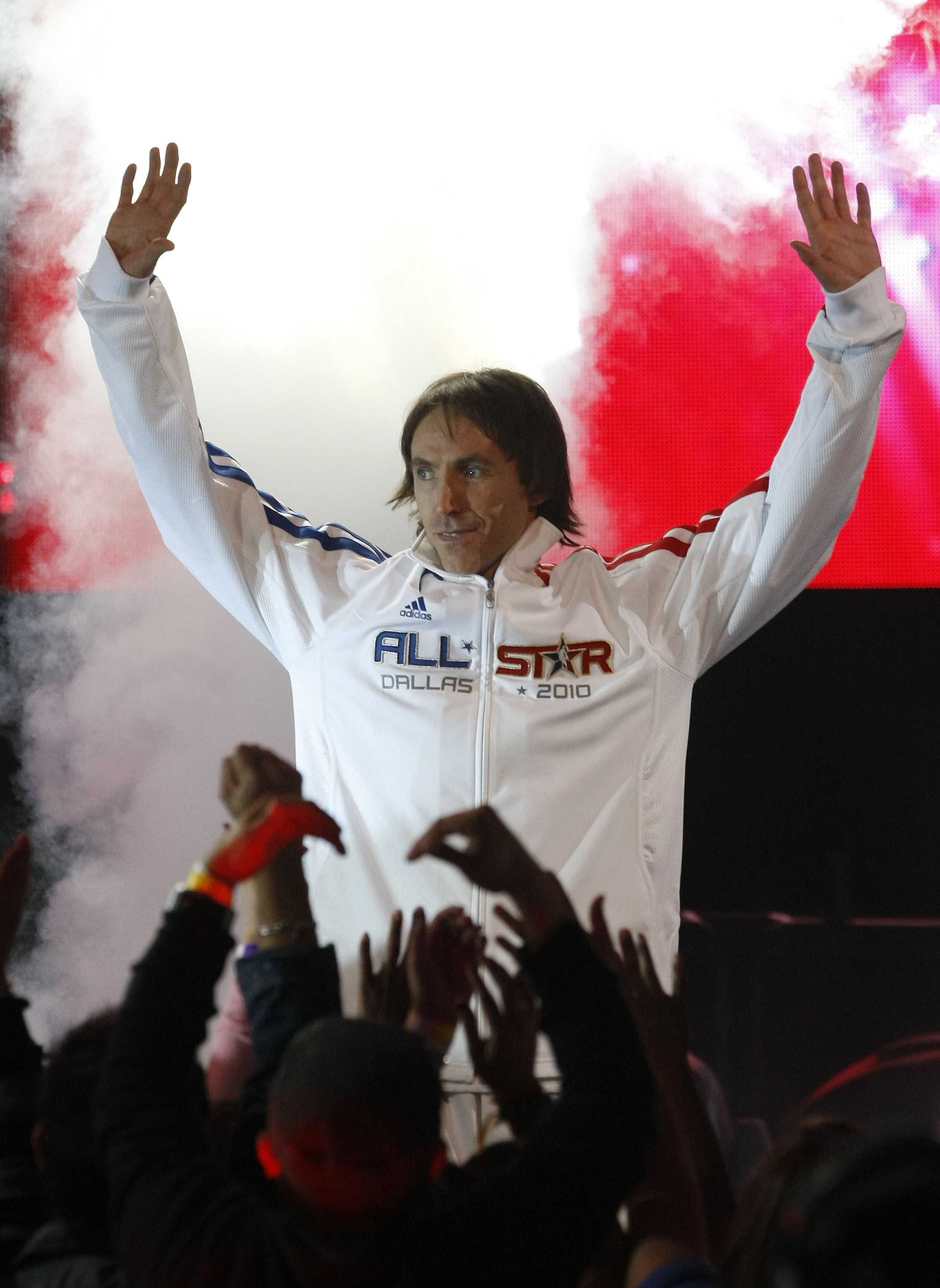 Steve Nash is introduced before the start of the NBA All-Star game at Cowboys Stadium in Arlington, Texas, Sunday, February 14, 2010. (Ron Jenkins/Fort Worth Star-Telegram/MCT)

One of the first things basketball players learn, whether from a coach or failure, is to never leave your feet when attempting a pass to team mates. The possibility of getting caught in the air with nowhere to go happens more often than not. Just don’t do it.

Don’t pass the ball with one hand unless you are Magic Johnson. Don’t attempt a dunk from the free-throw line unless you are Michael Jordan. And don’t try a mid-air behind the back no-look pass from half- court unless you are, of course, Steve Nash.

Dallas Mavericks’ Rajon Rando is one of the few NBA point guards who’ve been able to consecutively complete airborne passes without much criticism. However, Nash’s ability to draw double-teams in the paint to create and then locate wide open three-point opportunities for his team has made him any scorer’s dream over his 19-year career.

Amare Stoudemire, a former teammate of Nash, made headlines back in February when he stripped down and invited ESPN to conduct an interview while he bathed in a tub full of red wine – a practice used to restore and invigorate one’s body.

Nash has proved to be that fine wine for many players as he invigorated, and in some cases, restored the talents of his teammates. Though retiring as a Los Angeles Laker, Nash is most notable for leading Mike D’Antoni’s high octane offense with the Phoenix Suns from 2004- 12.

When Nash teamed up with five-year veteran Shawn Marion in Phoenix, he wasn’t a perennial all-star or one of 10 players to win back-to-back league MVPs as most knew him to be in his later years.

He only made it to the big stage once in 2003 and was at a career low in field goal percentage at 44 percent that same year.

After joining the Miami Heat during the 2007- 08 season, Marion would never average more than 14.3 points with a 48.8 field goal percentage.

Marion wasn’t the only player subject to Nash’s stat-boosting skills.

After Leandro Barbosa ended his partnership with Nash, spanning from 2004- 09, it was the only period of his career where he averaged 40 percent behind the arc while attempting at least five 3-pointers per game.

2014 NBA champion Boris Diaw was only averaging four points per game before recording the best season and post season of his career at 13.3 and 18.7 when he joined Nash in the beginning of 2005.

Despite the NBA Finals appearance in 1993, well before Nash’s time, some of the Suns most successful years in recent history could be credited to Nash’s court vision and ball-handling skills.

The two-time MVP and eight-time All-Star has the all- time best free throw percentage in NBA history (90.4) and ranks third in all-time assists (10,335). The only downside besides injuries is that Nash is one of six players in league history to win an MVP but never win a title.

From going unrecruited in high school and joining Santa Clara University, to his 1996 NBA introduction, Nash’s impact on the point guard position will probably never fully be appreciated after being overshadowed by his lingering back injury that’s plagued his last three seasons.

Luckily for Nash, his accolades will continue to sit at the top of various stat sheets for many years to come despite never getting past the Western Conference Finals.

He’s the only player in NBA history to finish his career in the 49-40-90 club. Nash was considered a scorer coming out of college after averaging 21.4 points and four assists per game while some scouting reports said he wasn’t a “true point guard.”

As they say on the hardwood floor, “ball don’t lie”.