Luring and releasing a ‘catfish’ 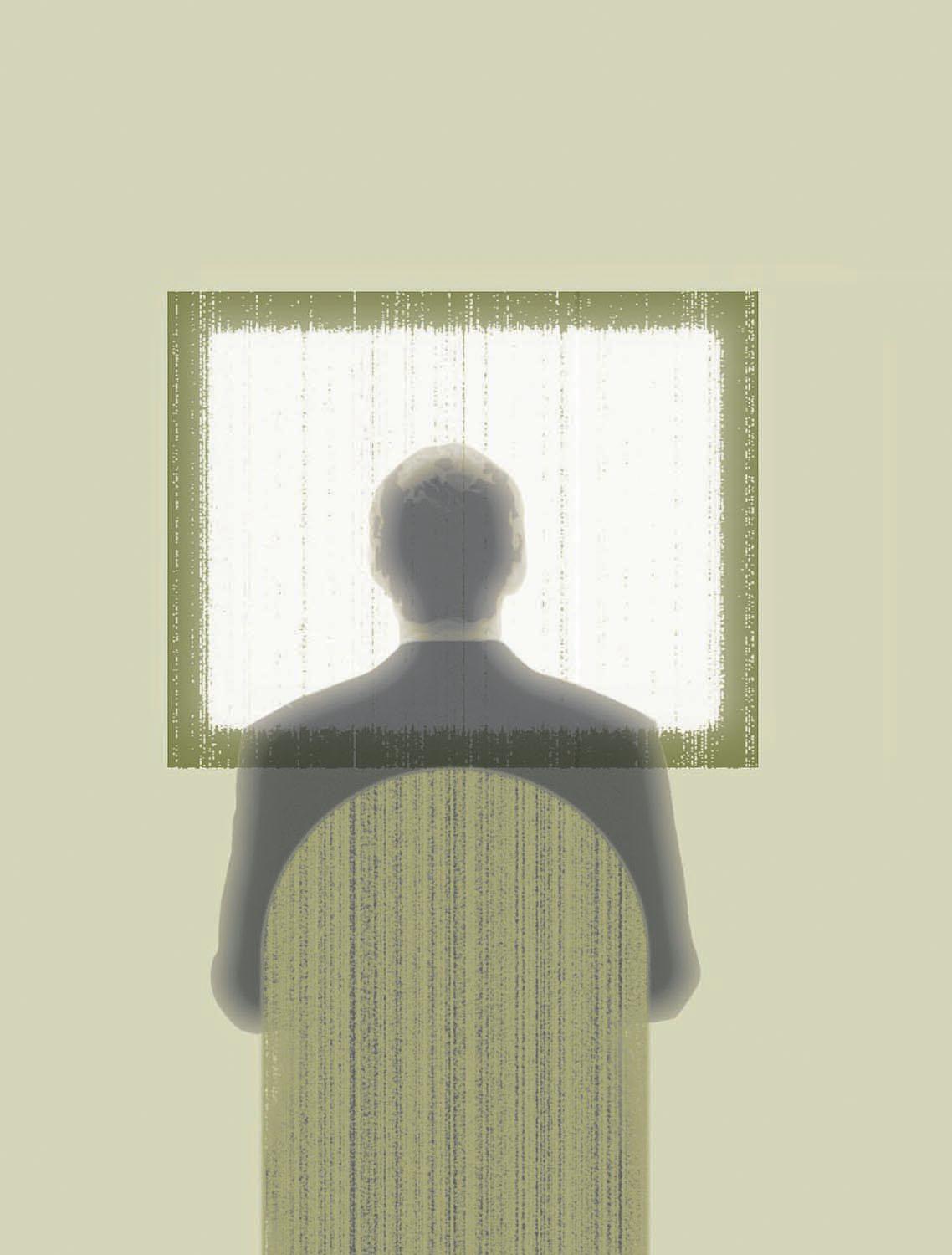 Hugo Espinoza color illustration of of a man seated in front of a large screen. Chicago Tribune 2006

Rosemary Abundis is a freshman who has experienced the act of being catfished. Catfish is term made popular by Nev Shculman after his experience in his popular 2010 documentary under the same name. The term “catfish” is an informal term that means luring a person into a romantic relationship under a false pretense.

Schulman’s show “Catfish,” mostly deals with a superficial context where potential lovers are deceived through the usage of fake photos, names and even address. Abundis’ experience deals with another form of catfish that is just as hurtful and deceitful.

Tell me about yourself.

I’m from the city of Bell and I’m currently part of a dance crew here called Fasmode. My catfish experienced happened when I was in high school.

Did you know what catfish was? How did your experience begin?

I had no idea at the time what the term meant. It happened during my freshman year of high school. It was during the time when MySpace was still cool. The person added me through a mutual friend. We talked for awhile and he seemed like such an outgoing person. He also wanted to hang out, but I found out that he was someone that was “all talk no action.” He just wanted to make himself look cool online.

Did you guys meet in person?

Yes, we met one time and he ended up being really shy. We met at a library and all that happened was he said hi, we hugged, and he left.

How did that meeting make you feel?

It was weird. I couldn’t say I was disappointed because I wasn’t expecting anything, but I was wondering why he would lie about his personality.

What happened after that meet-up?

After we met, we didn’t talk for a few days. When we did talk again, we talked about how awkward that experience was. Eventually, we became friends and got closer. Now, I consider him as one of my best friends.

Did he have any weird or fake photos of himself?

No, he did have heavily filtered photos and used angles so that I couldn’t really see his face. He also had that “emo” hair that was popular during that time. We actually ended up being friends, and to this day, I still make fun of him for that. He actually had a lot of photos of himself but the thing is, he looked different in most of them. It was definitely his personality that was a lie than his actual looks.

While talking to him, were there any gut feelings that you were being catfished?

I actually didn’t realize it until we met. No one knew him, and him adding me was out of the blue. We only had one mutual friend online and when I mean mutual, that person was also a friend I only know online.

Did you guys end up dating?

We didn’t end up together, but he became one of my best friends.

Did he live far?

He actually lives a couple of streets away from me. We didn’t know each other at all, but I knew he and I went to the same high school. He was also a senior and I was a freshman.

Do you have any other catfish experiences?

Yes! My friends tried to set me up with this guy during my junior year, in 2011. I trusted my friends’ judgment, but again after seeing his profile, he had a lot of filtered photos. But I still found him cute and gave him a chance. Every time we would talk he would always say that he needed to work out, go somewhere or party. He seemed like such a confident and outgoing person, but when I met him in person, he was very insecure. He also ended up being super possessive and jealous.

If you ended up falling in love with someone to find out they lied about their looks, age, name or personality, would you still stay with them?

I would break up with them because relationships need communication and trust. It brings a relationship together. If someone lies about their age, name and how they look, then they are breaking trust already. There is no point in staying with someone who lies even if you are in love with them.

Would you still be fine meeting someone online?

I mean, it is fine as long as I know the person and know people who actually know them.

How do you feel about the rise of the catfish persona?

I feel like since we have so much access to technology, we are able to create a new identity for ourselves. I think that’s why people have become much more anti-social since we rely so much on the Internet. We can think ahead of what we are going to say and make it sound a certain way unlike in person.

If you could give your past self advice about being catfished, what would you say?

Well, if you meet someone online and you have no mutual friend, that is a warning sign. Also. make sure to ask any mutual friends if they actually know them in real life. I wouldn’t necessarily Facebook-stalk them, but make sure to go through their photos and read through to see what type of person they really are.