Kendrick Lamar heads toward new direction in “To Pimp A Butterfly” 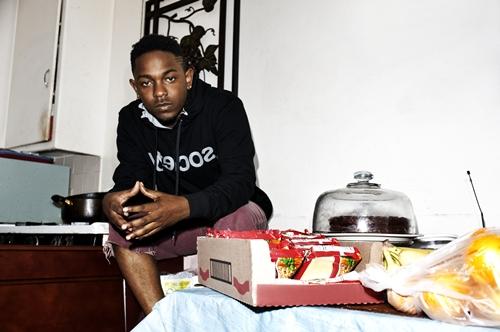 Follow @reportervince
//
If there was a hip hop record this year that would make the genre’s artists reconsider their take on songwriting, Kendrick Lamar’s latest album “To Pimp A Butterfly” will surely be the one to inspire and broaden perspectives all around the musical spectrum.

Dot’s second studio album was leaked Sunday night on Spotify for a first listen, and on iTunes for pre-sale. For those who were lucky enough to be up and about, they were graced with the brand new record.

However, for those who are open-minded and looking for something fresh in the hip hop world, look no further than to “To Pimp A Butterfly.”A play on the classic Harper Lee novel “To Kill A Mockingbird,” Lamar tackles present-day worldly problems regarding race and power, but also takes on internal problems like love and desire.

By George Clinton, this album is so damn funky, so damn jazzy, so damn upbeat, but yet so serious. The songwriting is a perfect blend of self-reflection, self-love and a somber, realistic point of view of the world. Imagine if The Roots replaced Black Thought for Lamar, but in the “Illadelph Halflife” era.

The first track called “Wesley’s Theory” is the perfect opening to this album. The song opens up with a feel good sample, and with legendary George Clinton of “Parliament-Funkadelic” (now you get the earlier reference) and an eclectic producer in Thundercat on the song, it’s going to get you hooked. “For Free” introduces a more jazzy style, before “King Kunta” returns the listener to the funk realm. “These Walls” and “Alright are other notable tracks that’ll get your head bobbing and foot stomping. The intro to “Hood Politics” may be the best beat off the album, and, unfortunately, lasts only about 30 seconds.

Linking up context and content, perhaps the most interesting track off the record is the very last one, “Mortal Man.” Lamar extracts audio of an interview of Tupac Shakur and conducts his own Q&A with the legendary gunned down rapper.

Enough about production, though. If you were here to listen to Lamar spit his usual, insane verses, you came to the right place. The Compton-native stays consistent with his flow and his style, and improvement might be the only change in his rapping. Each song’s verse contains such a surprise, yet you realize it’s the same old Kendrick Lamar spitting in your ears. Not literally though.

Flying Lotus, who worked with the rapper on a track off the producer’s latest record, took to Twitter to praise the unusual path Lamar took for the album.

“He gets no credit for being a producer, but he had a vision for this album,” Flying Lotus tweeted hours after the release. “Dude gets involved [with] the whole process.”

The vision is entirely poetic and all-around refreshing to what the masses would normally hear. The Top Dawg Entertainment artist doesn’t include any heavy bass that’ll shake the floors of the B3 parking structure, nor does he necessarily have any club hits. What he does have is an insight to what might be a precedent for the future of hip hop.

Surprisingly, he doesn’t include any of his other T.D.E members on this album. In “Good Kid M.A.A.D City,” Lamar had fellow “Black Hippy” Jay Rock to feature on “Money Trees,” while both ScHoolboy Q and Ab-Soul were features on his classic mixtape, “Section .80.” Regardless, the absence of his compatriots doesn’t make this record any less worth listening to.

“To Pimp A Butterfly” was momentarily taken off iTunes, but it’s now back on for pre-sale, with the release date still set for March 23. That will be $15 worth spent.