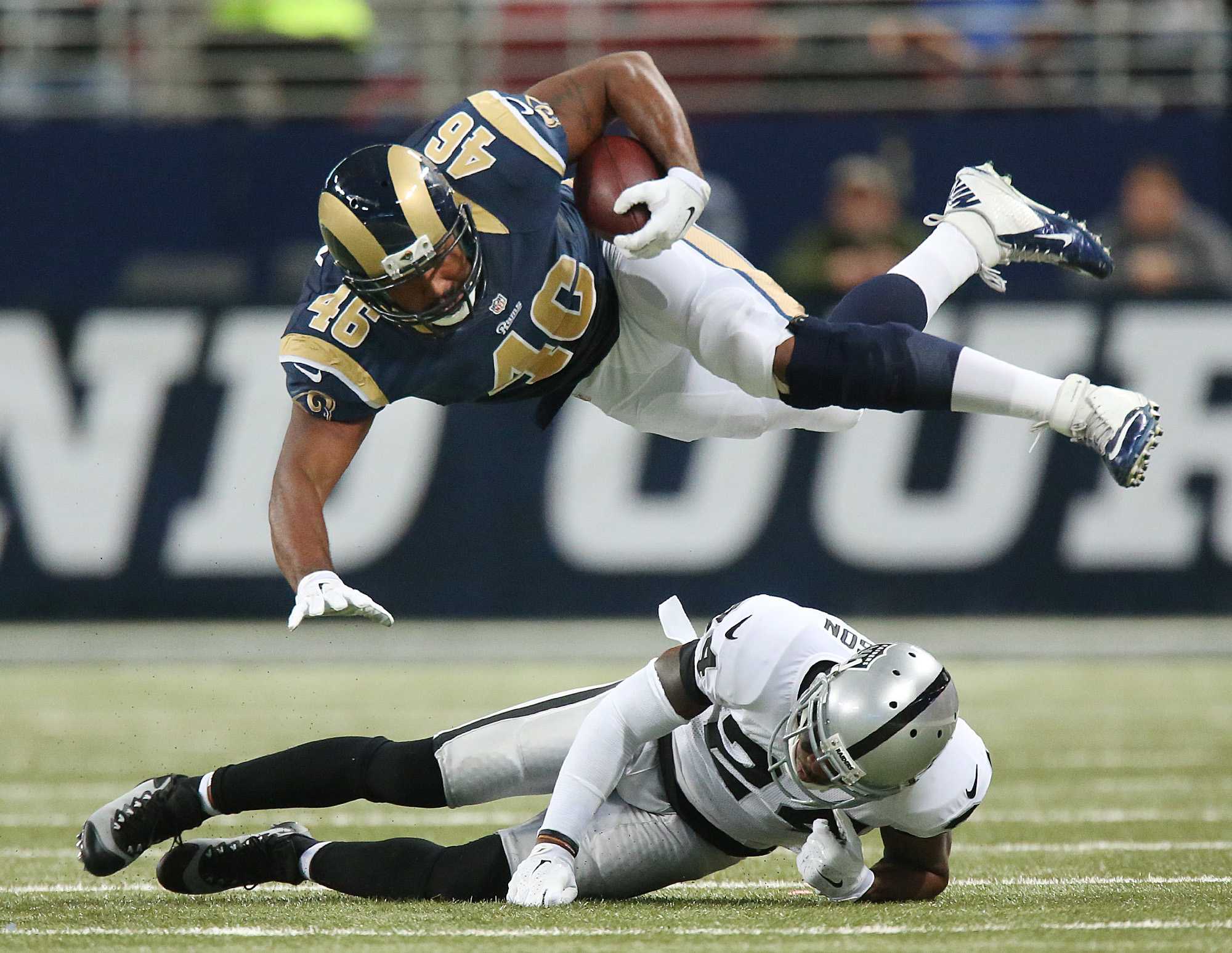 The St. Louis Rams and the Oakland Raiders are the best candidates to host the possible Los Angeles football stadium.

CSUN students reacted to the possibility of a NFL franchise returning to Los Angeles for the first time since 1994, as NFL owners flocked to Arizona for discussion about league business, including placing a team in the No. 2 largest market.

What will be different at this year’s owner meeting, is the Los Angeles area has two serious stadium possibilities with franchises attached to them.

On one hand, the St. Louis Rams’ owner Stan Kroenke has a plan in tack to build a $1.86 billion stadium on the former site of Hollywood Park in Inglewood. A recent revealing of the proposal from the LA Times shows two sets of seats for two different franchises.

Meanwhile, the other proposal involves an alliance between AFC rival San Diego Chargers and Oakland Raiders as they collaborate for a 72,000-seat stadium at Del Amo Boulevard and the 405 Freeway in Carson. The $1.7 billion proposal hinges on the franchise not reaching deals for stadiums in their current cities.

Bryan Munoz, junior sociology major said he would welcome a team in Los Angeles because it has been a while since Los Angeles had a team. He was skeptical about a new team’s reception from fans.

As for which site he prefers, Munoz said Carson’s open space and better real estate would be a better stadium site.

Munoz also said he would rather have the Rams than any other team because the Rams left on better terms than the Raiders.

The junior is glad there are multiple teams vying for Los Angeles.

“It is better for the teams to compete for Los Angeles,” he said.

Darrell Camra, senior business marketing major and San Diego Charger fan, admitted he would not want to see his favorite team in the Los Angeles area.

Still, Camra thinks it would be cool to have a team in Los Angeles despite the added people and traffic.

“As if we need more people.” Camra said.

“It would be amazing,” Hernandez said. “We need it because every other major city has one, so why do we not have one?”

Third year sociology major and Denver Bronco fan, Nicole Therrien said she wouldn’t change allegiances regardless of which team moves to Los Angeles. However, she thinks Inglewood is a better location.

“It’s closer,” said Therrien, ” and the Inglewood Forum is right there.”

BiBiana Gresham-Toghetti, communication studies major and graduating senior, said she will not root for any of the possible Los Angeles teams. The bay area native and 49er doesn’t think many people will route for the new Los Angeles team.

“I don’t know fans who aren’t already dedicated to the team,” Gresham-Toghetti said.

She said she could see the Raiders coming to Los Angeles, because she could not see San Diego without the Chargers.

“Everyone here is already a Raider fan,” Gresham-Toghetti said.

Considering the Rams’ project is already shovel-ready, it could be seen as the leader. However, the Carson project recently gained steam curating almost 14,000 signatures on a petition.

The petitions could go straight to Carson City Council, where they could outright accept or deny the plan.

On top of that, LA Mayor Eric Garcetti recently said the AEG proposal for a stadium in downtown is not yet dead, despite reports AEG was turning its’ focus away from the $50 million investment.

Regardless of the proposal, a team is not expected to occupy Los Angeles until 2016. Either way, the race for Los Angeles is underway.