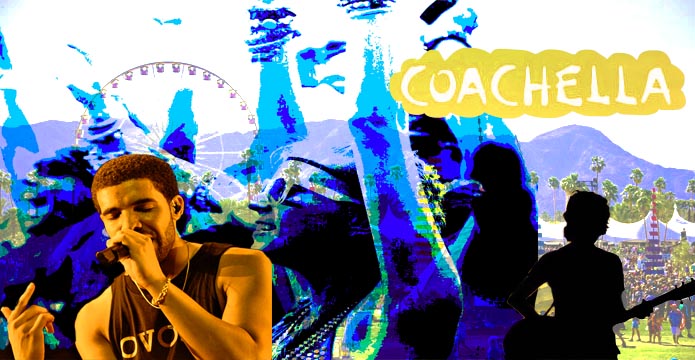 The Coachella Valley Music and Arts Festival has recently become a thing of pop-culture phenomena.

With artists, celebrities, and media abundance galore, convergence upon the dried desert every April has sprouted the place I grew up, the Coachella Valley, amongst cultural relevance once again.

For me, being born and raised in Palm Springs, mere miles away from the festival grounds, attending Coachella felt almost synonymous with my local nativism.

An area known for retirees and golf courses is now accustomed to the two-week bombardment of folk from near and far, both young and old, seeking escape and serenity within the confines of the dusty Empire Polo Club grounds.

The growth of the festival cannot be overstated. From water refill stations to expanded camping grounds, or the leap from a one-weekend event, to a lengthy two-weekend event; the ability of Coachella as a whole to evolve has been the main explanation for its sustained success.

After its inaugural festival in 1999, Coachella had a one-year hiatus, making a comeback in 2001, and continuing to grow since.

Once 14 years old, I was able to purchase my first Coachella ticket, a one-day pass for Saturday of the 2007 festival. My Coachella dreams would be fulfilled within months, and I planned on attending the festival with my older sister, Sara, and brother, Jack.

Life has a strange way of giving you perspective. For myself, it would come at the hands of my local music festival and the sudden death of my older sister.

Two weeks before the 2007 festival weekend, my sister Sara would commit suicide, ending her battle with depression and mental illness.

For some time leading up, my family sought out help for Sara, placing her into counseling session, private therapy, and towards the end family therapy as well. The efforts to uplift and help guide my sister by my parents, siblings, and relatives didn’t go unheard, with constant positive feedback from Sara, only to be diverted with unfortunate outburst or relapses in her activity.

Suicide has a crippling ability upon those its aftermath affects, with its grief being a cynical force, because blame and doubt are the most prevalent aspects of this type of mourning.

Broken and distraught, my brother and I first questioned our ability to enjoy the festival without Sara present at our side. The week leading up, I was sure of my exclusion from the festival, only to be convinced by my brother and family a few days before to still attend.

Going at first was not easy, but once upon the festival grounds I found myself lost in a world of detail, exploration, and love. My sister, Sara, was a beautiful soul, with unending emphasis on detail, exploration and most of all love.

As festivals pass I learn that every festival goer holds their own special meaning of what Coachella represents for them. For me, experiencing the festival helps bring me closer to my sister, and every year the three days can never last quite long enough.