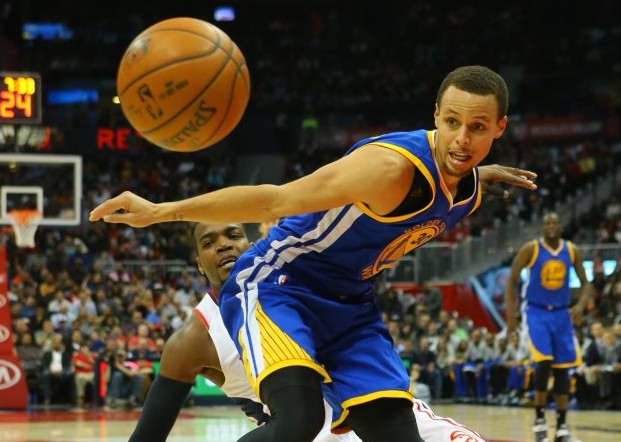 Besides when the eighth seeded Warriors bested the top seeded Dallas Mavericks in six games of the 2006- 07 first round playoffs, there’s been a lot of empty seats in Golden State’s Oracle Arena.

Luckily much has changed since that season. With the absence of star point guard Monta Ellis and the addition of other pieces like former all- star Andre Iguodala, the Golden State Warriors have clinched their first Pacific Division title in 39 years.

The plan was to give Stephen Curry room to grow. Two on-the-ball guards sharing the floor at the same time wasn’t very productive for the Golden State Warriors. Either Ellis suffered or Curry did. There wasn’t room for both, something had to give.

So the Warriors gave Ellis.

Fresh off of winning March’s Western Conference Player of the Week and setting a new career high 48 points just a month earlier, Golden State traded their top scorer Ellis to the Milwaukee Bucks in 2012.

Though it was much to the fan’s dismay, the Warriors hadn’t seen the playoffs in five years.

They were a long ways away from their glory days of Run TMC – Golden State’s 1989-91 three man wrecking crew of Tim Hardaway, Mitch Richmond and Chris Mullin.

The highest scoring trio of the 1990-91 season became the first seventh seeded team to best a second seeded squad since the introduction of the 16-team playoff platform just six years prior.

Run TMC led the Golden State Warriors to a 162-158 victory over the Denver Nuggets in 1990, the most points scored in regulation in NBA history. That same season the Warriors sold out every home game.

Their two year relationship has left a lasting impression on the organization by becoming one of the most storied aspects of professional basketball.

Currently holding the best record in the league, Golden State serves a threat to any competitor despite their lack of deep post-season experience.

This will make their third consecutive appearance in the playoffs after several seasons of being below .500. The last time the Warriors made three consecutive playoff trips, Richard Nixon just enforced a national highway speed limit of 55-mph and Muhammad Ali was heavyweight champion of the world.

Now as a team that lives and dies by the three ball, they continue to thrive with some of the hottest shooters in the game while setting new NBA records along the way.

Surpassing the 1975-76 franchise record high of 59 wins, the Warriors are led by their “Baby-Faced Assassin” Curry who became the fastest player to make 1,000 3- pointers in NBA history.

He and shooting guard Klay Thompson formed the “Splash Brothers,” coined by their three-point shooting ability. The “Splash Brothers” broke a record for the most threes in a season with 484 for the 2013-14 campaign, besting a record set by them the season before.

Last October, Thompson scored a NBA record 37 points in a single quarter after going perfect from the field against the Sacramento Kings. Nine of those 13 shots were three-point attempts, which set another single quarter record.

Steve Kerr, the Warriors current coach, might agree after Thompson surpassed him on the all-time list for most three-pointers on March 8 after only three and a half seasons.

Kerr, who can credit a lot of his points to the double-team attracting ability of ‘90’s Chicago Bulls teammate Michael Jordan, didn’t have the athletic talent that Thompson or Curry possess to create his own shot.

And the Golden State Warriors don’t have Jordan.

So in reality, every time a Warrior passes Kerr’s 726 three-point record, its proof that they are doing something right.

This year’s right is an early bid into the playoffs. Another splash.