Fire in Monterey Hall caused by an overheated motor 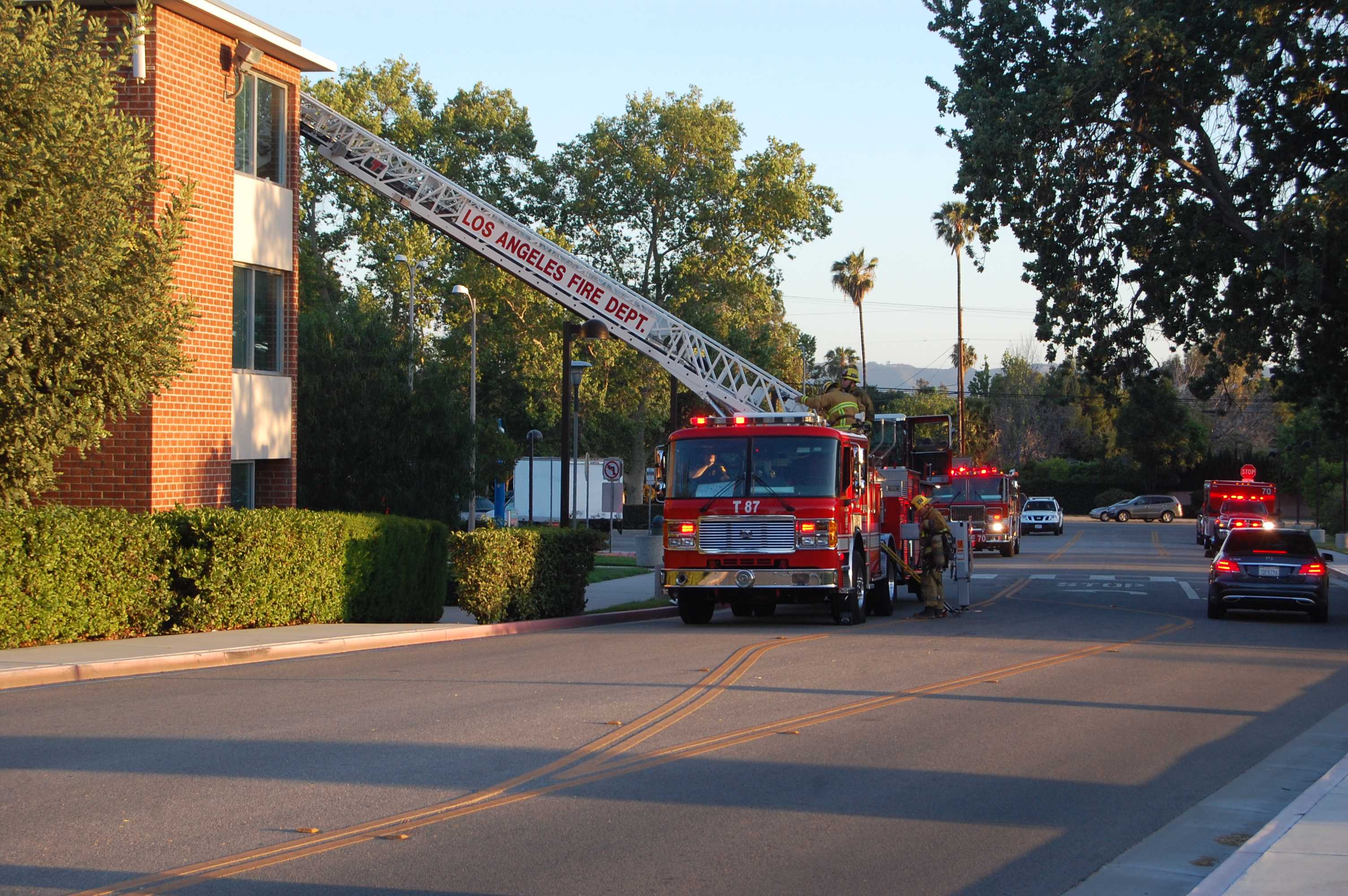 Fire trucks by Monterey Hall after an electrical fire caused by an overheated motor was found and extinguished. Manny Araujo / News Editor

“There was smoke in a room,” said the police officer at the scene, who chose to remain anonymous.

Some students were told there may have been an “electrical incident,” while other students said there was a “smell” on the third floor.