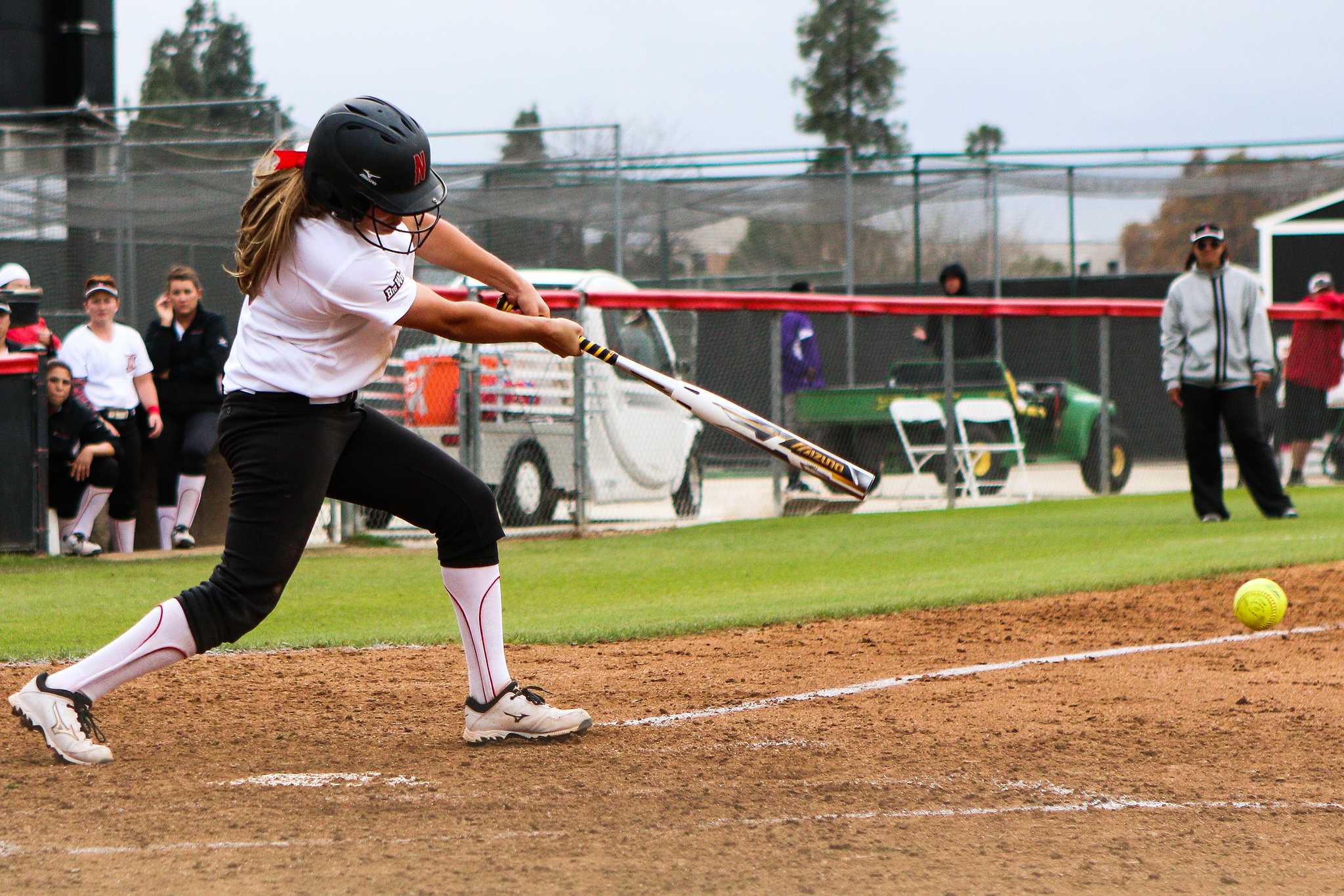 The first game of the double header was sealed for the Matadors by a go-ahead RBI single to left field by sophomore outfielder Taylor Glover, scoring senior outfielder Kaitlin Toerner.

The bulk of the Matadors game on offense came in the fifth inning. Sophomore outfielder Taylor Nate knocked in Toerner after slapping a RBI single up the middle into center field for the first Matador run of the game. The Matadors followed that up with a RBI double down the right field line to drive home Nate, and break the 1-1 tie.

The Matadors sent senior Brianna Elder out to the mound to start the game. The Concord, Calif. native tossed 4.2 innings, striking out three and walking one. The Aggies managed to charge Elder for five hits. Freshman pitcher Zoe Conley tossed the remaining of the game, and was awarded her 13th win of the season after allowing zero hits and zero runs in her two and one-thirds on the hill.

The Aggies elected to start junior pitcher Leah Munden, put pulled her in favor of junior pitcher Justine Vela to finish off the last two outs of the fifth inning. Sophomore pitcher Dana Cruse was brought the bullpen to pitch the remaining innings, and was saddled with her fifth loss of the season.

The second game of the afternoon ran almost twice as long as the previous. The Matadors and the Aggies played deep into the 12th inning. Glover once again played the role of savior by hitting the go-ahead sacrifice fly, scoring Nate, resulting in a final score of 4-3. Junior middle infielder Maylynn Mitchell set the pace on offense, collecting four hits in five at bats and driving home one.

The Matadors scored the first run of the game in the top of the fourth. Mitchell singled to left-center field to score red shirt freshman middle infielder Tara Kliebenstein. UC Davis returned the favor with interest in the bottom of the fifth. Freshman infielder Ashley Lotoszynski pulled a Conley pitch into left-center field to score two. Sophomore Alexis Carney followed her teammate with a single up the middle, scoring the Aggies last run of the contest.

CSUN tied the ballgame up in next frame. Sophomore utility Katie Hooper tripled, scoring two, knotting the game up at three. It was Hooper’s first triple of the season.

Conley started the game for the Matadors but didn’t factor into the win. The freshman standout pitched five and two-thirds innings before getting pulled for Elder. Elder pitched the remaining six innings, earning her 13th win of the season.

The Matadors are now just 10 games away from reaching their goal of 40 plus wins on the season.UC Davis will invite Coach Tairia Flowers and crew back to LaRue Field at 12 pm for the final game of their three game season on Saturday.