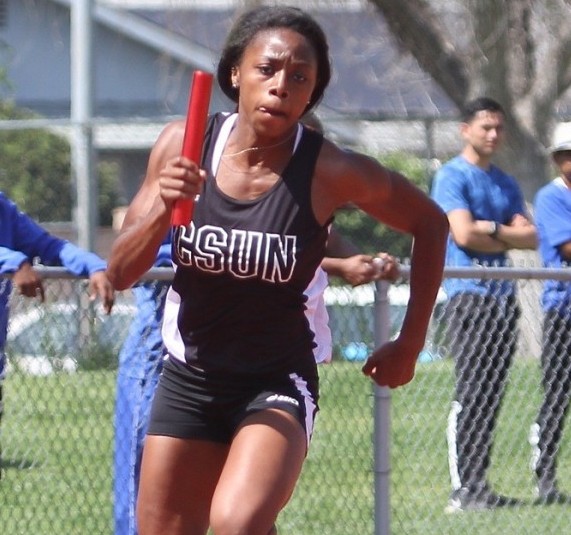 The Matador track and field team completed the second part of their northern California road trip in Sacramento on Saturday, April 4 at the CSU-Sacramento Hornet stadium when they competed in the “Mondo Mid Major Challenge.”

In summation, the women’s team did great. They missed winning the meet by .33 points while the men were not so great, coming in fourth out of six teams.

Senior Le’Shel Vines, freshman Cydney Powell, along with juniors Lexis Lambert and Marie Veale took the top spot with a time of 45.57.

The field events is where the women continued to gather steam.

Fast forward to the final event.

Both have top performers in the Discus throw.

The stage was set…

North Dakota State thrower Katelyn Weimerskirch, won the event with a distance of 164-10 for 10 points.

The men had their moments while amassing 66.00 points to take fourth in the meet.

Sophomore Josh Webster finished second with a mark of 46-08.75.

The Matador track and field teams will compete again Saturday, April 11 at the Texas Invitational in Austin, Texas.