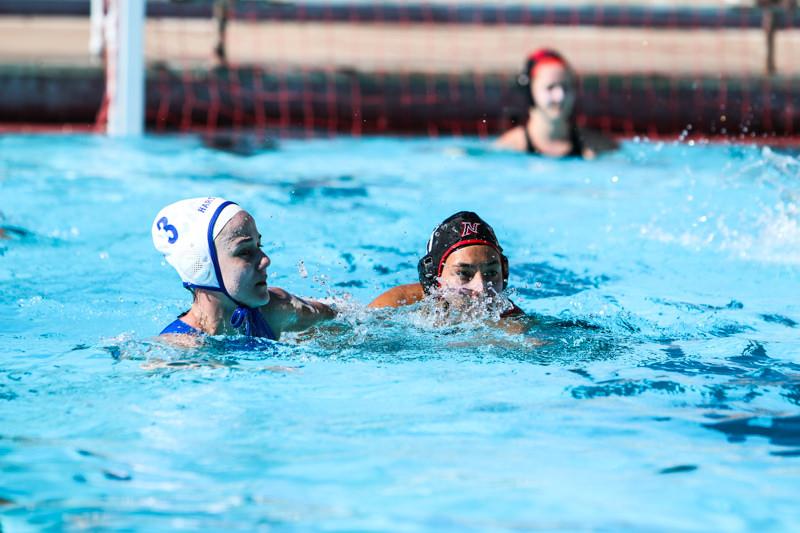 Seniors Kelcie Ferreira notched a hat-trick while Katie Kammer earned a brace in CSUN water polo’s 9-7 defeat to the UC Davis Aggies in the Matador’s final away game of the regular season Saturday afternoon.

Senior Marisa Young opened up the scoring within the first minute before Ferreira sank another one to give CSUN an early 2-0 lead in the first quarter, but three goals in four minutes gave the Aggies a 3-2 lead. The second quarter was nearly identical to the first, with both Ferreira and Kammer notching in goals to give the Matadors a short-lived 4-3 lead. The Aggies quickly responded with two goals before Ferreira completed her hat-trick to tie it up with moments left in the second quarter. Senior MacKenzy Fowler would sink another one to give the Matadors a half-time lead.

UC Davis kept CSUN scoreless in the third quarter while scoring two of their own to take a 7-6 lead into the final quarter. Kammer scored the game-tying goal, but the Aggie regained their lead in the final three minutes of the game. The Aggies would kick the Matadors again while they were down and finished the game 9-7 for the day.