Coach K: The wizard of his era 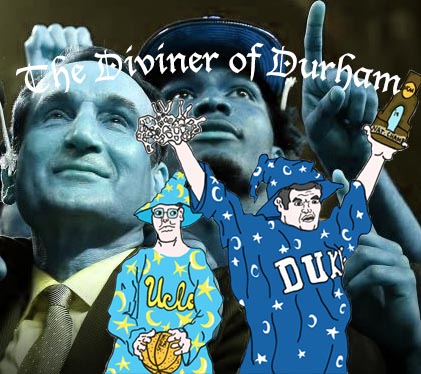 John Wooden "The Wizard of Westwood" might have some competition in Coach K "The Diviner of Durham" Photo credit: Thomas Gallegos

Once the 2015 NCAA men’s Final Four was set in stone basketball fans collectively cringed at the prospect of yet another Duke title run.

Now, following the Duke 68-63 title game victory over the Badgers, we find ourselves murmuring a very familiar post tourney phrase, “How does Duke keep doing this?” The success that the Duke men’s basketball program has maintained during the Mike Krzyzewski tenure is astonishing.

After five years as head coach of Army, Krzyzewski was given the opportunity to coach the Blue Devils, with three rocky start up seasons from 1980-83. Coach K would eventually turn Duke into a national name, making post season play in 31 of his 34 seasons.

Whether it’s Self at Kansas, Calipari at Kentucky, Pitino at Louisville or Izzo at Michigan State, there is no debate. Coach K is this era’s greatest coach and his growing legend seems to only build stronger as seasons go.

Few coaches in the college sphere have earned the right to be compared to UCLA legend John Wooden. For men’s basketball, possibly Dean Smith in regards to his social influence, and for women’s basketball names like Geno Auriemma and Pat Summitt are comparable with sustained greatness within their respected programs. 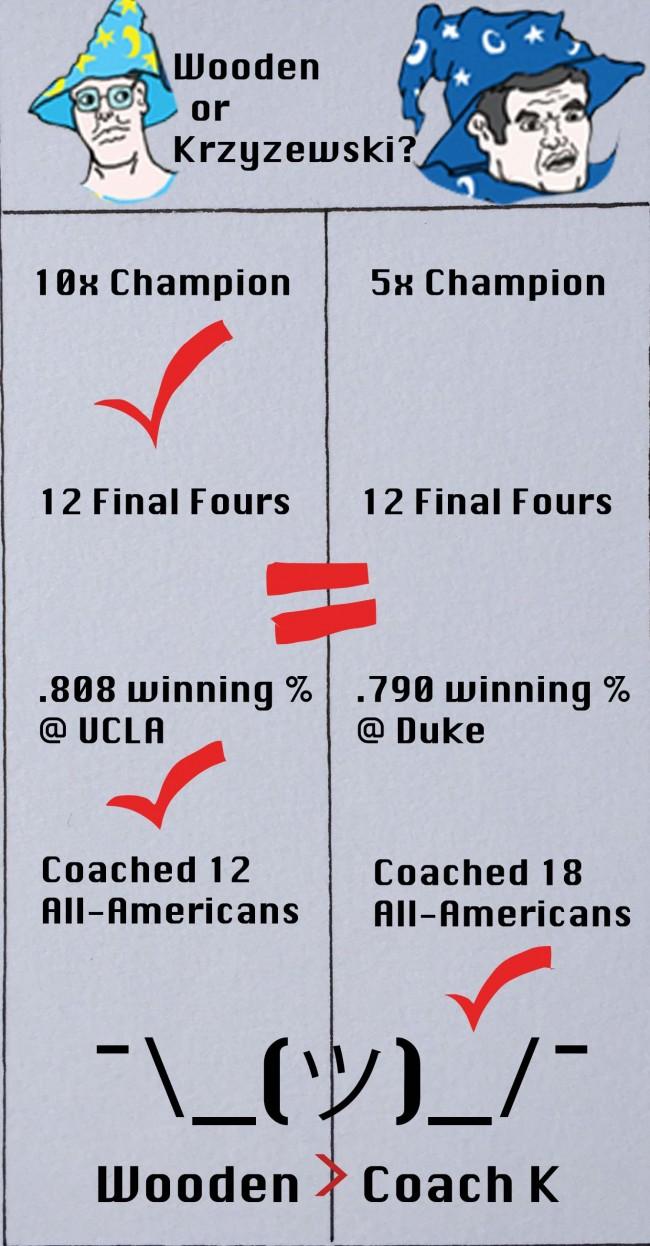 Wooden, without a doubt, is the greatest winning coach in college basketball history. Take the 88-game win streak or incredible run of 10 national championships in 12 years, it’s going to take one hell of a run to surpass Wooden and UCLA’s accomplishments.

For Coach K, his influence on the game during this era could be argued as the greatest of any coach currently in basketball. With nine championship game appearances in the era of AAU leagues and lucrative contractual television influence, it’s remarkable how Coach K has made his program a true throwback, comparable to Wooden’s.

Coach K is no John Wooden, but his resume as a whole will forever back up his case as a top three-college basketball coach of all time. Legacy to the side, Coach K’s tenure and sustained success is something to admire and respect, even if the “anti-Dukie” in you is throbbing while reading this piece.

With all of his accomplishments on the collegiate level mixed with his international success as Team USA head coach since 2005, Coach K’s recruiting ability shouldn’t falter any time soon, making his future accolades probable pending retirement.