The impact of Tiger Woods 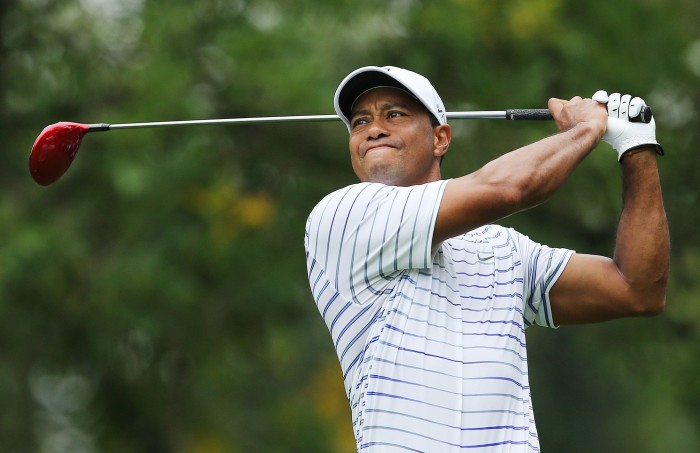 But Woods isn’t a hero any more than he is a pariah. He doesn’t seem to be loathed as much as he is watched with a wary eye, as if each viewer is thinking “okay, let’s see if you’ve got anything left to offer.” Photo courtesy of TNS

For the first time since 1996, Tiger Woods has been ranked outside of the PGA Tour’s top 100 players. Out of nearly 250 full membership players, Woods is now ranked at 111.

Watching Woods’s decline from the highest ranked player on the PGA Tour to a humbling position at 111 is, tenuously, like watching a Greek tragedy. That’s granted if one would be willing to suspend disbelief and make a couple of concessions. One would have to ignore Woods’s scandalized personal life for the simile to work: a hero in a Greek tragedy doesn’t have to be perfect, but he needs to be able to draw pity out of the audience. Whether or not someone feels pity for Woods depends on their level of sympathy for successful – some may even say privileged – men and women who have been caught cheating on their spouse.

But Woods isn’t a hero any more than he is a pariah. He doesn’t seem to be loathed as much as he is watched with a wary eye, as if each viewer is thinking “okay, let’s see if you’ve got anything left to offer.”

The average person might not feel pity for him, while thinking golf (maybe all sports) to be frivolous in nature. But consider the fact that when Woods is healthy enough to play, ratings for tournaments are usually higher than when he is not playing. But the argument could be made that the lower ratings could be attributed to something people aren’t seeing because they’re focused on the palpable omission of the game’s most known figure.

So if Woods’s personal decline isn’t enough to draw the pity and terror of golf fans, perhaps the possibility that, as the fans (usually older, white, affluent men) begin to pass away, the PGA Tour’s position will become more delicate. Theoretically they’d lose ratings, advertisers will follow and they’d be forced to dream up a new way to stay afloat.

This is written to highlight the fact that golf needs Woods and players like him to survive as an entity on television. The loss of a star becomes the fall of all that orbits it. If golf fans can’t feel pity for Woods’s decline in the rankings, maybe they can feel terror for the recession of a sport they enjoy.