Baseball: CSUN falls 3-2 to the No. 13 UC Santa Barbara Gauchos 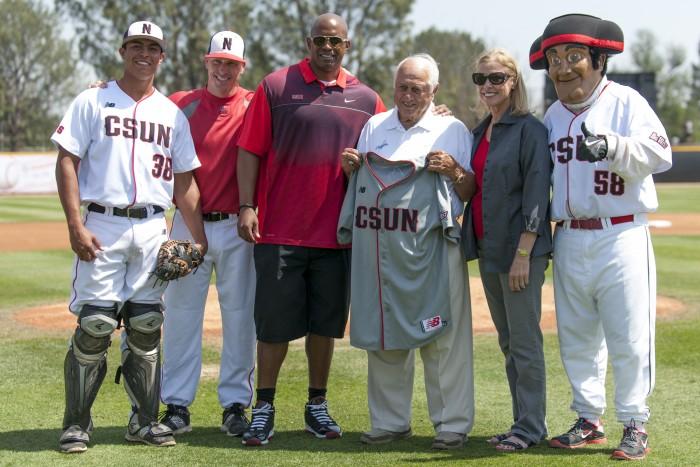 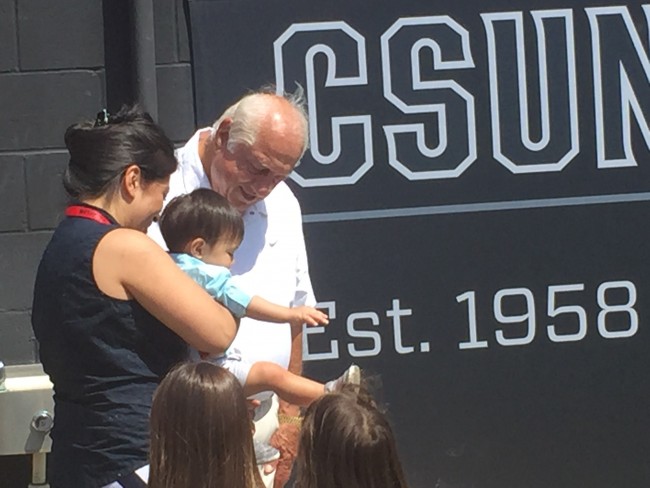 The pitching and defense was stifling for both teams through seven innings, keeping the score tied at zero.

“I thought [again] they did a nice job, great closes and a couple of good first steps in the infield.” CSUN head coach Greg Moore said about the defense. “Jerry was throwing a heavy ball today, so there were some balls off the end of the bat that they had to close [in] on and make good plays.”

CSUN’s senior starting pitcher Jerry Keel had a no-hitter through those seven innings, but in the eighth inning the tide changed.

A couple of hits later and runners in scoring positions, Keel gave up a three-run home run in the top of the eighth.

“It was just a pitch that didn’t get where it was supposed to go.” Moore said.

The home run was all the Gauchos would need to win the game, but the Matadors did not go away quietly. 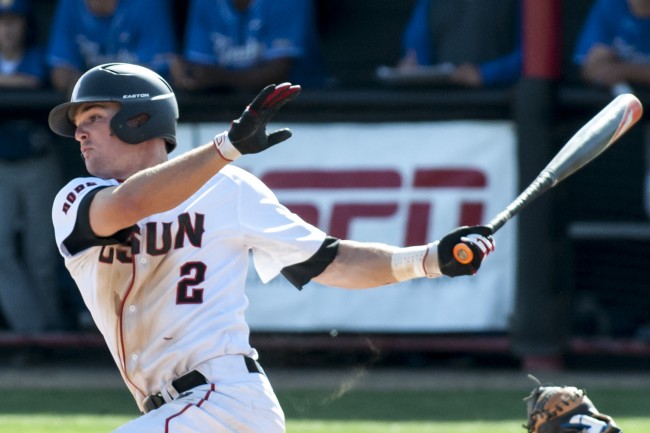 Senior second baseman Ryan Raslowsky, hitting an RBI single in the ninth inning in an attempt to rally and tie the game. (Photo credit: BHEphotos)

Senior second baseman Ryan Raslowsky, hitting an RBI single in the ninth inning, scoring the second run of the inning in an attempt to rally and tie the game. (Photo credit: BHEphotos)

In the bottom of the ninth, the Matadors began to rally. Freshman Justin Toerner and senior Ryan Raslowsky had a pair of RBIs, making it a one run game.

In the end, the rallying attempt fell short and while the pitching was good, the bats struggled, which is a reversal of yesterday’s game.

The Matadors will host the final game of the three game series tomorrow at 1 p.m. against No. 13 UCSB.