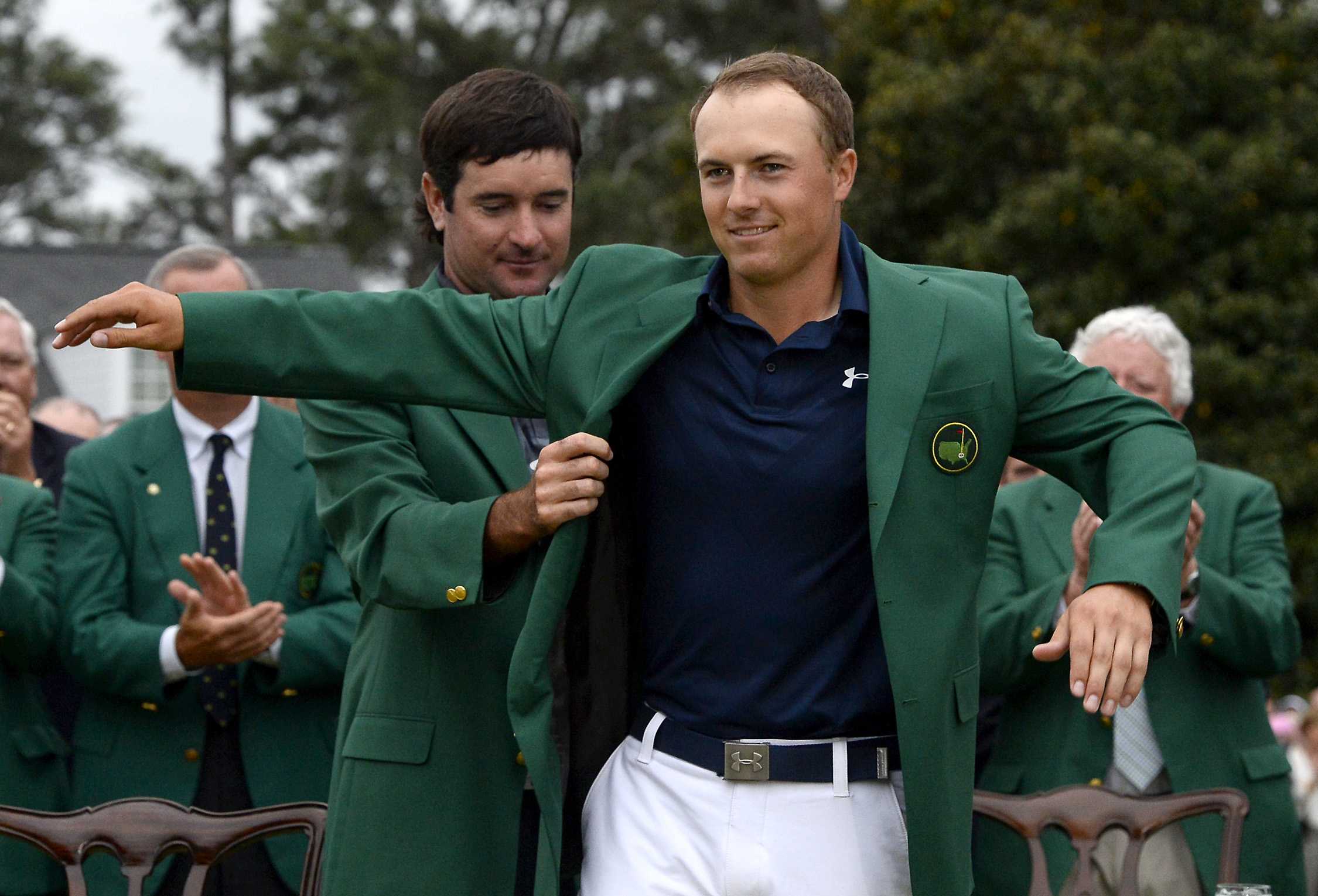 In the 79th Masters Tournament, at 21 years-old, Jordan Spieth becomes the second youngest champion in Masters history (-18) behind a captivating performance.

Spieth dominated Augusta National from Thursday’s opening round until Sunday’s closing round, becoming the first wire-to-wire Masters winner since 1976.

This was just one of the numerous records he broke on his way to the coveted green jacket and first major win.

Only six players in Masters history were runner-ups the previous year and won the next year. Among that group is legendary Hall-of-Famers Jack Nicklaus and Arnold Palmer, but Spieth makes it seven.

Spieth broke Phil Mickelson’s 2001 birdie record (25) by sinking in 28 birdies over the weekend, but he officially broke the record on the 10th hole on Sunday.

He also became the first player to reach -19 in Masters history at the 15th hole and on Friday he broke the 36-hole Masters record with a 14-under 130 through two rounds of play.

Though Spieth absolutely dominated through his rounds, the competition did not make it easy for him as the Sunday pressure intensified.

Through 13 holes, Mickelson was just four shots back of Spieth, but it seemed Spieth always had an answer. After a bad tee shot on 13, he made an incredible entry shot setting himself up for an eagle attempt.

Then Mickelson eagled on the 15th hole with an extraordinary bunker shot, but again Spieth answered back.

Spieth made spectacular par saves down the stretch, through the crowd roars of the opponents ahead of him. The one on the 16th hole was especially crucial, keeping him at a four-shot lead.

With his Masters win, Spieth is now the world’s number two golfer behind Rory McIlroy, who’s sitting at the number one spot.

The game of golf has been looking for the next Tiger Woods to be the future face of golf’s, and now they have two in McIlroy and Spieth.

The rivalry between the 25-year-old McIlroy and 21-year-old Spieth should bring something the game has missed in a very long time: attraction.

This is Mickelson’s ninth top three finish at the Masters and though McIlroy didn’t win the golf grand slam, he got another top five finish.

Legends like Woods and Mickelson are still performing at competitive levels and so are champions like last year’s Masters winner Bubba Watson, Dustin Johnson and etc.

With the additions of these dominating young players like McIlroy and Spieth, the game of golf is more enticing and alluring.

The game is in good hands so it’s safe to say, even without Tiger playing in every competition, golf is officially back and better than ever.