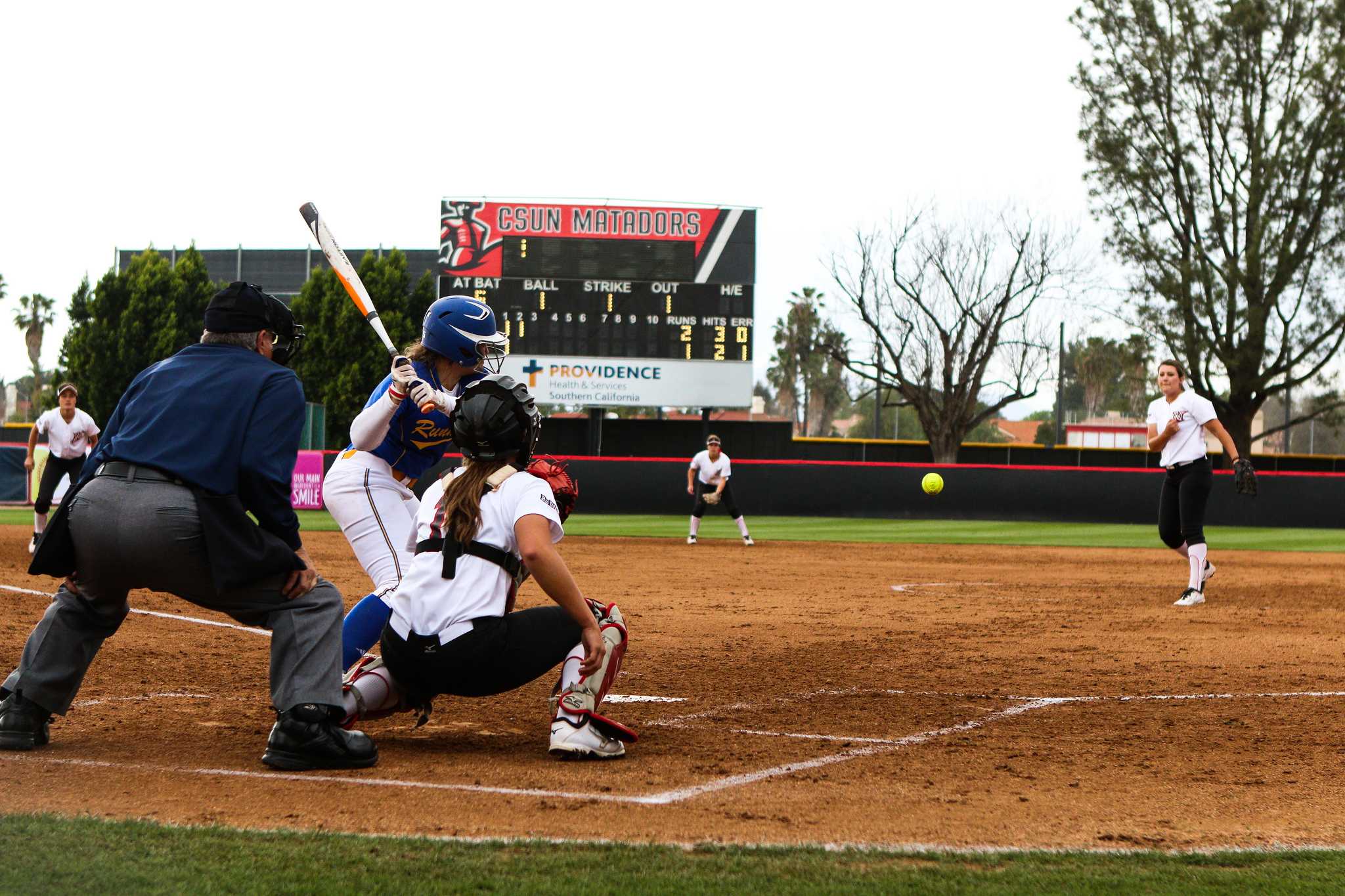 The Matadors improved to 9-0 in conference play by sweeping the UC Santa Barbara Gauchos (15-27, 2-7) over the weekend, bringing their goal of 40 plus wins within six games.

CSUN, who sit firmly in first place in the Big West Conference, picked up the first two wins of the weekend on Saturday, 9-4 in game one and 4-0 in game two, before handling the Gauchos in the series finals on Sunday, 7-2.

CSUN’s pitching staff had the Gauchos on their toes for most of the weekend’s slate of games. Senior pitcher Brianna Elder and sophomore hurler Zoe Conley pitched for most of the series. Elder, who was awarded a shutout victory in game two, pitched a total of 10 innings, striking out 12, and allowing zero runs. Conley grabbed two wins, pitching nine innings, allowing one earned run, and seven strike outs.

Eleven matadors put up crooked numbers in the hit column. The Matadors, who have seemed to have hit a stride as of late, brought their bats with them to Santa Barbara.

Sophomore Katie Hooper had a spectacular weekend at the plate. The Big West’s leading home run hitter collected 7 hits on 10 at bats, including five RBI and two doubles. Hooper leads the Big West with 14 home runs and 48 RBI, and tied fourth place record for most RBI in a single season.

The Matadors, who are batting .317 as a team for the season, out-scored the Gauchos 20-6 through three games. CSUN fell the Gauchos in three straight games for the first time since 2001.