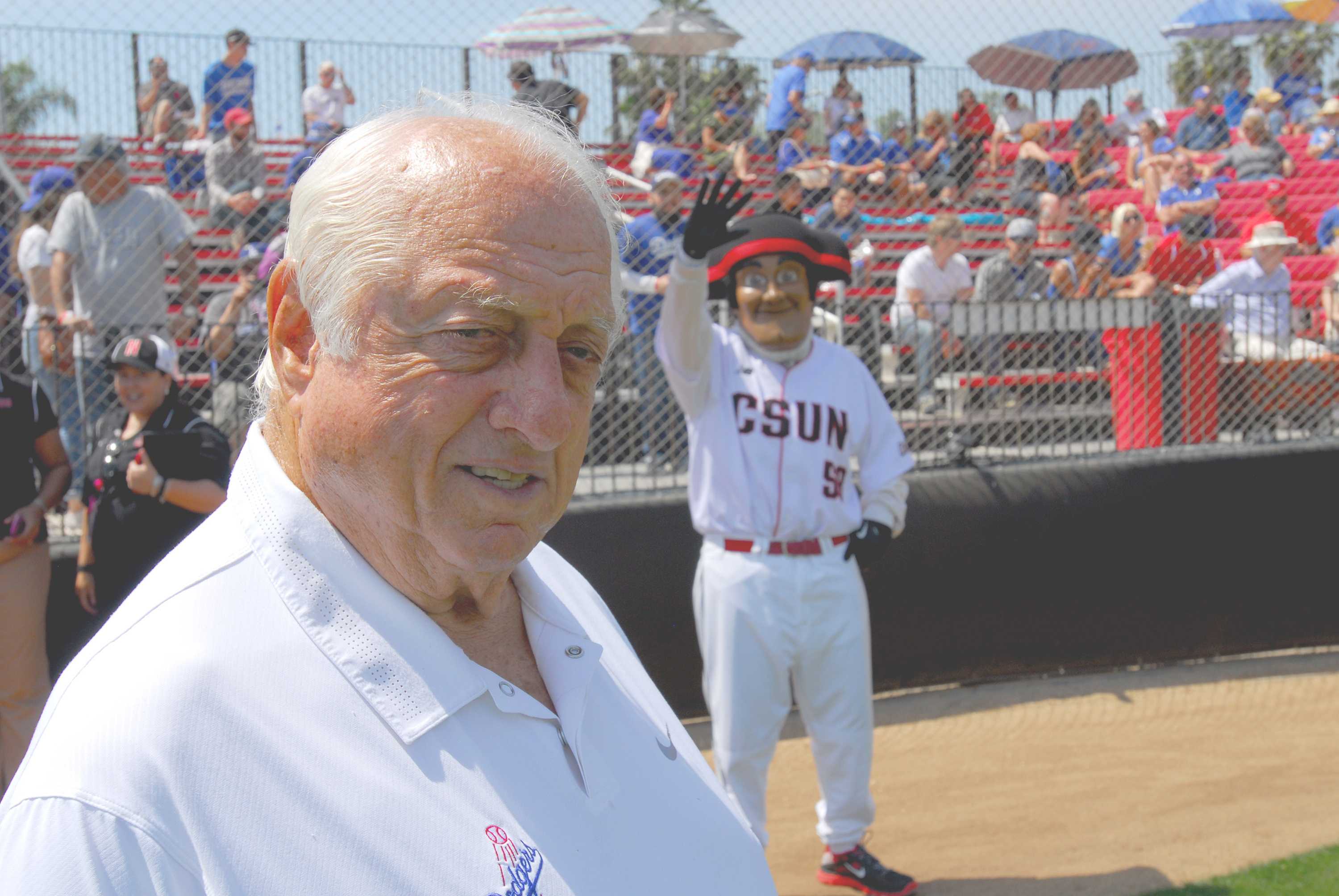 Tommy Lasorda is regarded as a legendary player, coach and manager.

In his 19-year capacity as manager after being a pitcher for the Dodgers in the mid-1950s, Lasorda led the team to two World Series titles, part of a career in baseball that spans over 60 years.

So when CSUN alum Colin Gunderson, Lasorda’s press coordinator and assistant for the past 12 years, decided to chronicle Lasorda’s life story, the author took a different approach.

Titled “Tommy Lasorda: My Way,” the book is the third of its kind to focus entirely on Lasorda. In 1986, Lasorda wrote “The Artful Dodger,” co-written with David Fisher. In 2009, Los Angeles Times columnist Bill Plaschke published a Lasorda biography titled “I Live for This: Baseball’s Last True Believer.”

But Gunderson’s book is different in that it tells the story of Lasorda’s life completely through the eyes of his family, colleagues, friends, and former players. The core of the book comprises interviews with more than 30 of Lasorda’s former players, and each shares what Gunderson calls their favorite Tommy story.

“I weaved the stories together to highlight his life and career and the lessons that he taught,” Gunderson said. “So it’s not like a straight bio. It’s not an autobiography. It’s Tommy through the people that knew him the best.”

In collecting interviews for the book, Gunderson was also able to learn about facets of Lasorda’s life that went beyond the major league baseball field.

While interviewing Steve Sax for the book, Gunderson learned that it was Lasorda who broke the news to Sax and his brother, Dave, that their father had passed away. At the time, both brothers were Dodgers players.

“That meant more to him than anything Tommy did on the field,” Gunderson said. “And I had been with Steve Sax and Tommy for a long time in many different settings, but I had never known that. I don’t think I ever would unless I would have asked him for his most meaningful thing with Tommy.” 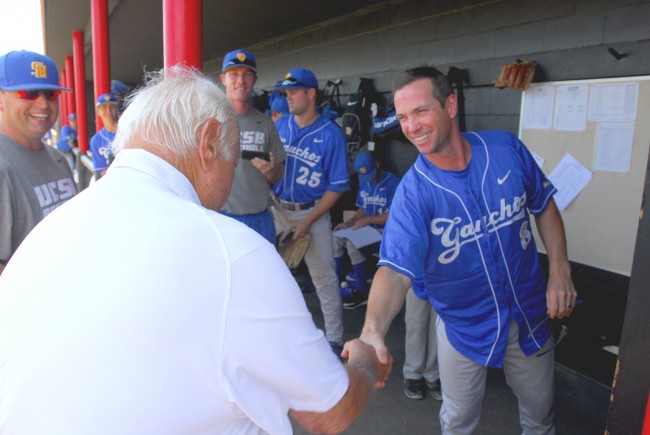 For Gunderson, working for Lasorda meant being on the receiving end of lessons on how to achieve self-confidence and be of service to other people.

“That’s what he devoted his life to,” Gunderson said. “And the vehicle for that was baseball.”

If anything, Gunderson said, he wants readers of his book to know that helping people is at the core of who Lasorda is as a man, an attribute many of his formers players would say he holds in abundance.

“I was inspired by Tommy’s life,” Gunderson said. “I wanted readers to know what it’s like to have your life affected by Tommy and to have him in your life, to have him help you reach your goals.”

Visitors to Saturday’s CSUN men’s baseball game against Santa Barbara were able to meet Lasorda and Gunderson in person. Each signed copies of the new book and chatted with fans.

“When I born, that was the name I heard,” said Daniel Velarde, a resident of North Hollywood and incoming CSUN fall 2015 marketing major, of meeting Lasorda. “I’d see him get into arguments and his energy. That’s what got me excited about Dodger baseball. It’s interesting to see how well respected he is throughout the league from different people, different organizations.”

Lasorda also spent a few minutes with the CSUN baseball players before the game.

When asked if he planned to write a memoir or autobiography in the future, Lasorda said: “I think that’s about it for me. I don’t particularly like to write books.”

“Tommy Lasorda: My Way” is published by Triumph Books.