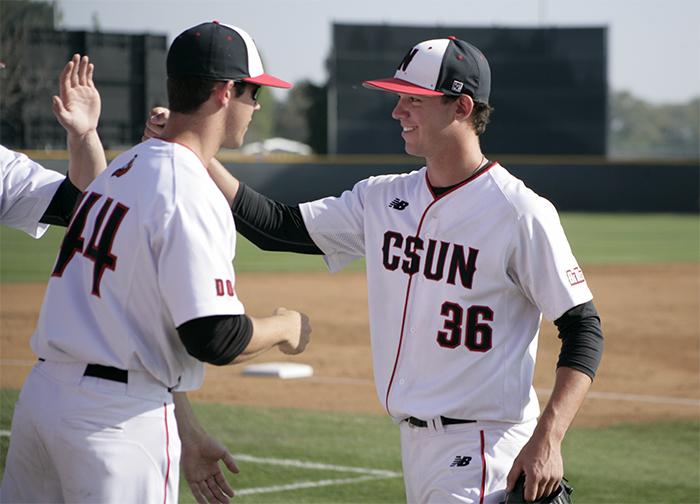 The Matadors have now improved to 16-7 at home and are 20-6 in non-conference play.

Trailing 8-4 in its second-to-last-at-bat, the Matadors sent 10 batters to the plate, collecting five hits and capitalizing on a BYU error.

BYU went to the bullpen for a second time, but it didn’t help as shortstop Yusuke Akitoshi’s game-winning two-run homer gave the Matadors their first lead since the third inning at 10-8.

Akitoshi gave the Matadors the early 2-0 lead in the bottom of the third inning after he hit a two-run double to score Raslowsky and junior third baseman William Colantono.

Freshman starting pitcher Joe Ryan received his first start of the season and was hit with a no decision. Ryan threw four innings, struck out five batters and allowed only one earned run.

Sophomore pitcher Conner O’Neil picked up his third win of the season allowing no earned runs on one hit and striking out two in 2.1 innings.

The Matadors finished with 12 hits in the game and matched a season-high with 10 runs. Three players: Akitoshi (3-for-5, six RBI), and Raslowsky (3-for-4, 3 runs and an RBI) each posted multi-hit games, and eight different players scored at least one run.

The Matadors will travel to Hawaii this weekend for a three-game Big West Conference series starting on Friday at 9:35 p.m.