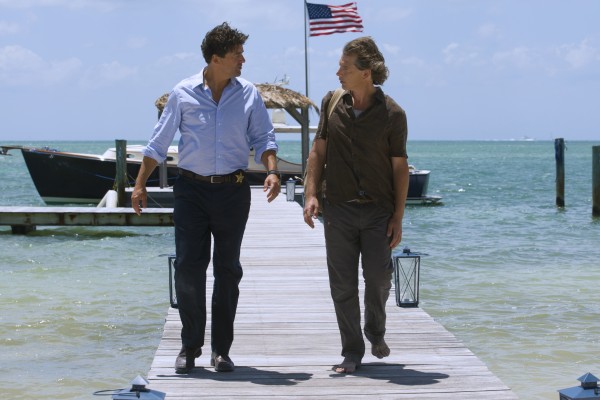 Netflix’s newest series, “Bloodline,” from the creators that brought you “Damages” (Todd A. Kessler, Daniel Zelman and Glenn Kessler), is about a modern-day American family with some skeletons in their closet. A most unpretentious offering after the release of season 3 of “House of Cards,” the show is one that will have you wondering what the hell is going on for couple of episodes until sucking you right in to the frenzied family drama that is the Rayburn clan.

The storyline is fueled by anger, distrust and instability, as the eldest of the Rayburn brothers, Danny (Ben Mendelson), returns home for the 45th anniversary celebration of their family’s hotel in the Florida Keys. The hotel, which is more of a resort getaway, is run by father Robert Rayburn (Sam Shepard) and his wife Sally (Sissy Spacek), along with the rest of the Rayburn family. The resort holds memories for the whole family, both good and bad.

If you have seen “Damages”, you’ll know that each episode ends with a piece of information to keep you on your toes and this show is no different. Every episode where I said “Maybe I’ll take a break after this one” ends with some shocking truth that just turned the tables upside down, leaving me glued to my TV screen. You’ll feel like you know exactly what happened until the end of the episode; you may feel lied to, manipulated and maybe even a little apologetic for making assumptions.

There are a lot of flash-backs and flash-forwards, but what really keeps the show going, at least for me, is the incredible performance played by Ben Mendelson.

Danny is the “black sheep” of the family whose introduction as a remorseful drug addict and borderline alcoholic starts you off with little empathy for him. However, as the show progresses you’ll start to feel a little, something for Danny.

After Danny’s decision to stay and help the family with the hotel, he starts playing everyone like a deck of cards. Slowly manipulating and threatening his own family strengthens his position as the black sheep and his following decisions put him in a deep hole.

Danny’s illicit behavior begins to catch the attention of his brother John (Kyle Chandler), a detective for the Monroe County Sheriff’s Office and brings suspicion to the rest of the family; other than their mother Sally. Mendelson does such a great job as Danny that it’s genuinely hard to distinguish a remorseful admission of fault between another lie.

A circle of lies, bad decisions and past trauma are what make this family and trying to keep their sanity is what is draining everyone in the group. Usually with dramatic shows you can pick a side with who you like the best, but as more and more truth is revealed and seemingly harmless acts take place throughout the season, it’s hard to be on anyone’s side.

I don’t have any fingernails left after watching episode 11 and I almost fell off of my bed. Believe me when I tell you, if you have some patience with the first few episodes this show will leave you needing some extra pillows because you’re not going to leave the chair or bed you’re sitting on.