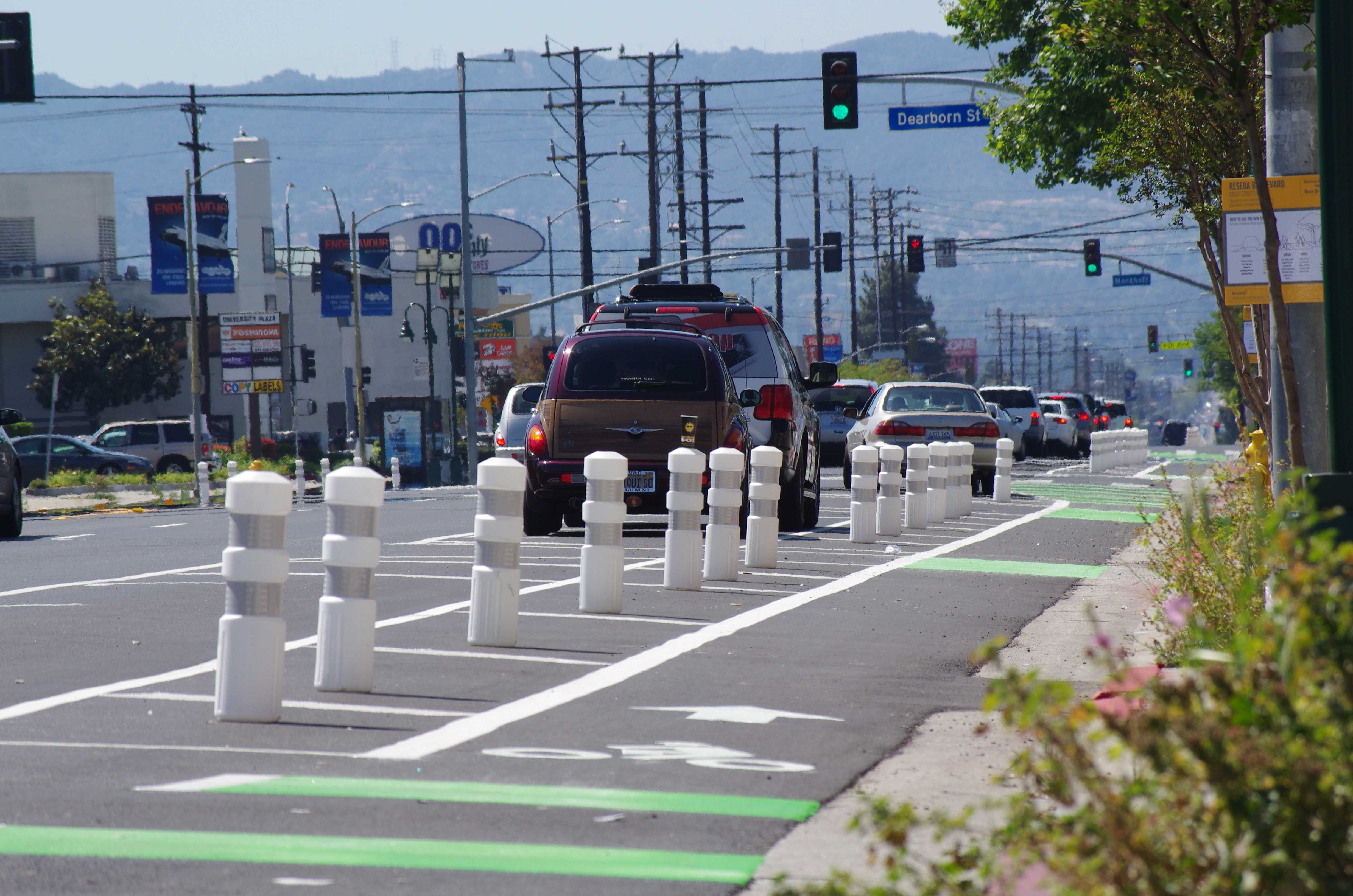 Part of the Great Streets Project, the new parking-protected bicycle lanes along Reseda Blvd., will be from Plummer St. and Parthenia St., protecting cyclist for a one-mile stretch (Matthew Delgado / Staff Photographer)

Reseda Blvd. received more than just a much needed road repair, it received the City of Los Angeles’ first ever parking-protected bicycle lane.

The new parking-protected bicycle lane will have a one-mile stretch on Reseda Blvd., from Plummer St. to Pathenia St. – allowing cyclist to easily, and safely access businesses, as well as CSUN from the northern to southern ends of Reseda Blvd.

“It allows all kinds of people to ride on the street, which includes children and elderly folks,” D’ Alfonso said.

“You get a lot of people who like to bicycle but are too afraid to ride in the streets, but now with these new bicycle lanes, the community, especially the CSUN community can feel a little safer,” he continued.

But all are not too happy about this change.

“It seems scary because people who aren’t aware of cyclist, are going to be making turns into parking lots along Reseda Blvd., with the chance of not being able to see a cyclist.”

She says that if a cyclist is going at much higher speeds than the flow of traffic, “it’s going to be hard to see a cyclist because the cars are blocking the view.”

Although, the new redesigned infrastructure has received criticism, Reseda Blvd. is one of the fifteen streets that is apart of the Great Streets initiative, and is one of the five streets in the San Fernando Valley to be redesigned. 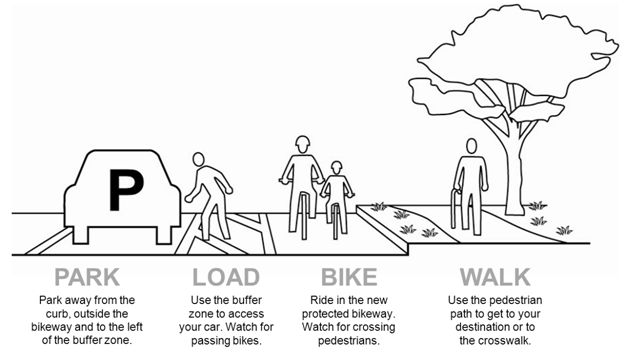