An “Inside Out” look at Pixar animation 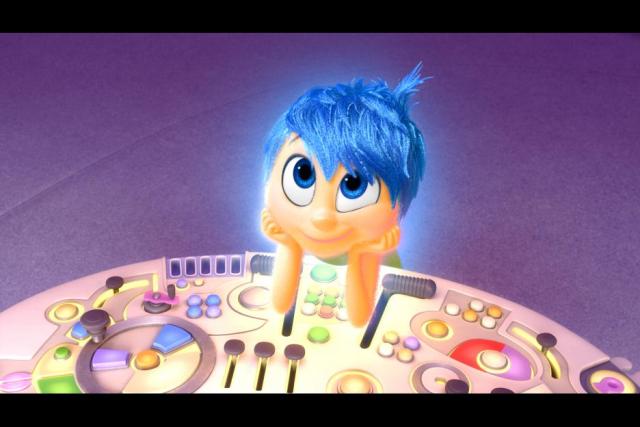 Follow @Lauren_Rife
//
Pixar animator, Albert Lozano, gave CSUN students a glimpse into the world of computer animation and the creation of Pixar’s latest film, “Inside Out” on campus Wednesday and surprised everyone with a seven minute clip of the beginning of the film.

Lozano, who has been working for Pixar since 1999 and has worked on such films as “Monsters Inc.,” “The Incredibles,” and “Up,” spoke and answered questions about the process of making a computer animated film.

“Inside Out” is the story of an 11-year-old girl named Riley who’s parents move her from Minnesota to San Francisco and all the emotions that go through her mind.

“Inside Out” took about five or six years to make according to Lozano, who was tasked with designing the characters.

“The Sadness character took a very long time [to design] because there are lots of ways that you can approach sadness,” Lozano said. “There were a lot of dead ends.”

The first drawings of Sadness were goth-like, according to Lozano.

Lozano said that a lot of ideas get thrown out and “you have to get used to it.”

While showing images of the emotions in the film, Lozano pointed out that they are not human.

“They are glowing particals,” he said. “The animators had never done something like that before.”

Riley’s brain, where all the emotions live, is referred to as “headquarters,” which the audience got a good laugh out of.

According to Lozano, over 70 animators worked on the upcoming film, which judging by the audience’s enthusiastic response to the clips that were shown, is going to be a big hit.

The film’s director, Pete Docter, who also helmed the films “Monsters Inc.” and “Up,” knows how to bring a lot of heart to his stories, according to Lozano.

“Everyone knows Pete as the one who will make you cry. He’s the one who really goes for the heart strings and he knows how to do it,” Lozano said.

The film does have a lot of emotion to it but there’s also a lot of comedy. The audience in attendance roared with laughter several times during the clips that were shown.

Pixar’s next project, which will be released on November 25, is a story about what the world would be like if dinosaurs and humans lived together, called “The Good Dinosaur.”

“Incredibles 2” is also happening, but according to Lozano, it’s in the very early stages and even he doesn’t know what it will be about just yet.