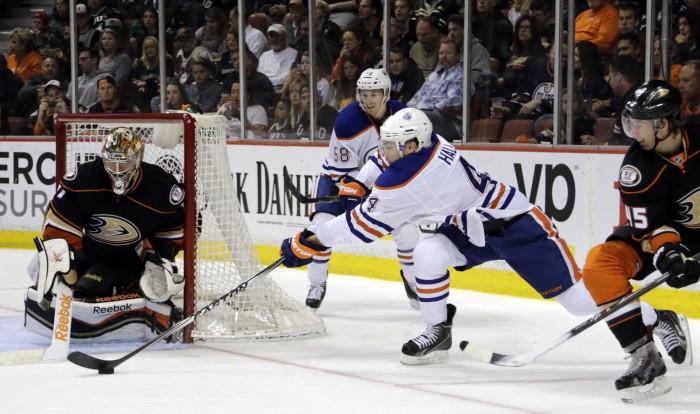 The Edmonton Oilers won the lottery which allows them the opportunity to select McDavid, who’s the most hyped prospect since teenage Sidney Crosby, and we know how he has panned out.

The 18-year-old McDavid played center for the Erie Otters of the Ontario Hockey League (OHL). Though this season he played in 21 less games than his teammate Dylan Strome, who led the OHL in points (129), McDavid still finished third (120) among all players. His speed, vision, hockey sense and work ethic are what has the hockey world salivating over this generational level of talent.

McDavid is not the only top prospect who’s surrounded by hype. Boston University’s 18-year-old phenom Jack Eichel is looked upon as the consensus number two selection and if this were any other year he would easily be number one.

Eichel led the NCAA with 71 points, 10 more than the second player, which gave him a 1.77 points per game average. He wasn’t only dominant in the stat sheet as he led Boston University to the Frozen Four National Title game, eventually losing to Providence.

It’s safe to say the Buffalo Sabres are getting a number one selection as well.

The next two best prospects are actually teammates of McDavid and Eichel.

Boston University has another 18-year-old in Noah Hanifin who’s considered the best defenceman in this draft and at six-foot-two with a myriad of hockey skills he’s bound to be a top five selection.

With the Coyotes trading away their star defenceman Keith Yandle to the New York Rangers, Hanifin and Arizona look like a perfect match at number three.

I already stated 18-year-old Dylan Strome’s accolades in leading the OHL in points this season for the Otters, but despite playing with McDavid, Strome has solidified himself as a top five player.

The six-foot-three Strome is the younger brother of New York Islanders Ryan Strome and with pressure like that, he’s played above expectation. Being a Toronto native, the Leafs seem destined to select him at the four spot unless Arizona gets to him first.

As the draft inches closer and closer, these prospects will all begin feeling the pressure of organizations and fan bases to contribute in turning around their tumultuous seasons.

Whether these prospects live up to the hype, you cannot say this won’t be an exciting draft because, this draft certainly has tremendous buzz heading to Florida for the June 26-27 festivities.