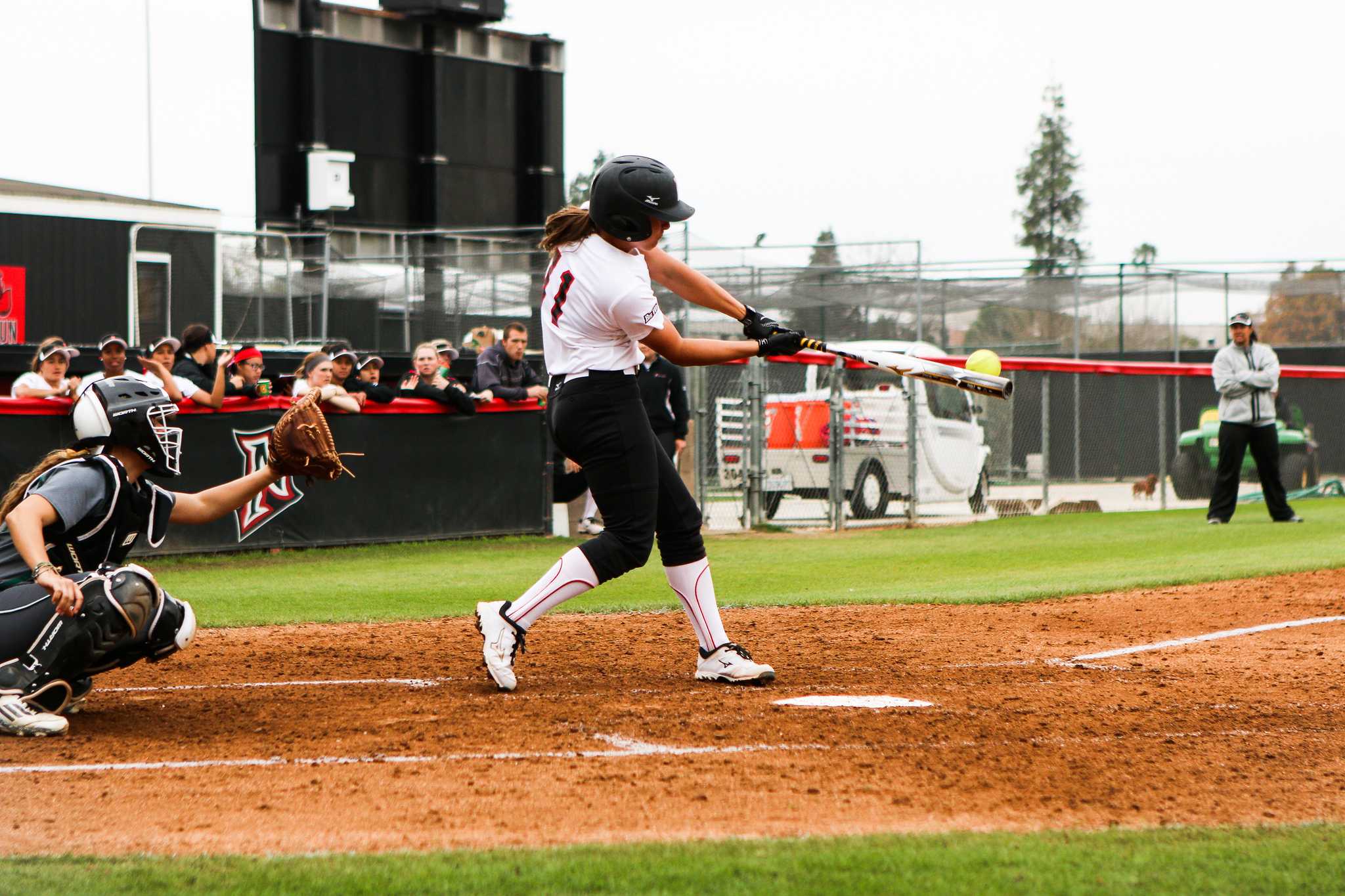 The Matadors (37-10,12-0) picked up three hard fought victories against the UC Riverside Highlanders (32-15, 4-8) over the weekend to improve to remain undefeated in conference play, and extend their lead in the big west conference to six.

CSUN handed the UC Riverside Highlanders a 1-0 loss during the first game of their Saturday double header. All of the offense that was missing in the first game, was unleashed in the second game. The Matadors defeated the Highlanders 10-6. The Matadors and Highlanders gave the fans some bonus softball on Sunday. The two squads went to nine innings before CSUN walked off in the bottom of the ninth inning.

Coach Tiara Flowers and the rest of the coaching staff once again relied heavily on their standout pitching combination of freshman Zoe Conley and senior Brianna Elder. The two pitched every inning for their squad.

Conley was given the lion’s share of the innings, collecting 17 innings over the weekend. The freshman player of the year finalist, allowed just three earned runs during her time on the hill, struck out six batters, and was awarded three wins despite only starting one game. Elder, who was given the start in two games, was a little shaky, allowing eight earned runs in six innings pitched and eight strikeouts.

Game one was a complete pitching duel between two of the Big West’s most successful pitchers, Conley and Riverside’s junior pitcher Chelsea Ponce. Ponce, who leads the Big West in wins and earned runs average, started every game for the CSUN series. A fifth inning home run off the bat of freshman infielder Tara Kliebenstein was the lone run or the Matadors, and the one true mistake pitch from Ponce.

Conley was on her game, earning her seventh complete game shutout of the season, and her second of conference play.

After a short intermission, the Matadors and Highlanders headed back to Matador Diamond for the second game of the double header. Elder took the hill for CSUN, but was chased from the game before the fourth inning after giving up five earned runs courtesy of two home runs before being pulled for Conley. Despite the early exit, Elder still fared better than Ponce, who failed to get more than one out before being replaced by freshman pitcher Talyer Misfeldt.

The Matadors got to Ponce early, tagging the junior for six runs before heading back to the field for the second inning.

Sophomore pitcher Daphne Pofek, junior infielder Maylynn Mitchell, and freshman shortstop Savannah Horvath all collected two RBI during the game. Horvath specifically has been having one of the best freshman seasons in CSUN softball history.

Sophomore utility Katie Hooper got back on track after spotting a goose egg in the hits column during game one. Hooper smacked two hits on three at bats and a walk. The Big West’s leading batter added an RBI in the fourth inning to increase her conference lead.

Horvath, Mitchell, senior pitcher Sauceda, and sophomore utility Taylor Nate all collected two RBI for their team. Conley was given her 18th, and final win of the weekend to improve to 18-4.