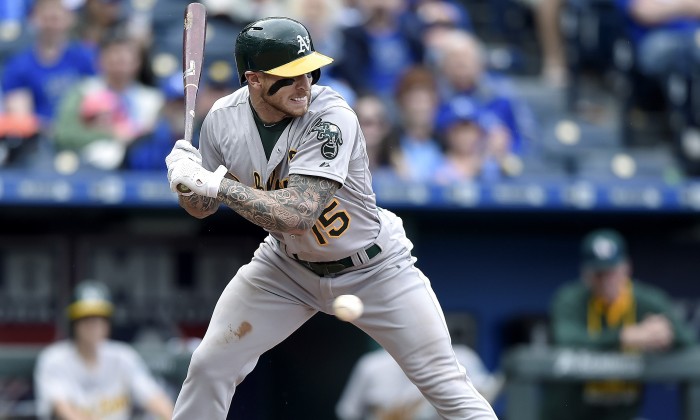 With the Major League Baseball season well underway, here are the top-five baseball movies that will get you pumped for the rest of the season.

Most baseball movies decide to focus on the antics of a particular player or team. Moneyball takes you down the road less traveled by following Oakland Athletic’s GM Billy Beane’s turbulent and monumental 2002 season. We’re given a thoroughly entertaining look into the front office that changed the landscape of Major League Baseball team building, and lucky for viewers, Brad Pitt and Jonah Hill’s chemistry make watching “two guys make business phone calls” an attractive prospect. The only reason it doesn’t place higher on this list is because most baseball fans know the ending of the movie, so the film loses a lot of the suspense it might have for a non-baseball fan.

Every baseball fan knows the story of Jackie Robinson, but never in my generation have we had such a dramatic and engaging retelling of Robinson’s experiences. We get to see in stark detail just how much restraint a man in his position would have to exude not just for his own cause and security, but the sake of every ball player following in his footsteps. Not to mention the exciting and excellently shot baseball scenes and above average performances from Chadwick Boseman (Robinson) and Harrison Ford (Branch Rickey). Although I would normally watch this film to commemorate Jackie Robinson day, the movie also works as primer for another season of Major League Baseball.

There has been a lot of baseball comedies, but none are as memorable and stand the test of time like 1998’s Major Leagues. Major Leagues is one of those baseball films that really capture that light-hearted nature of baseball that so many fans love. Charlie Sheen plays Rick “Wild Thing” Vaughn, a former prison league pitcher armed with a blazing fastball to match his intense temper. Pre-tax evasion Wesley Snipes plays Willie Mays Hayes, your stereotypical speedy lead-off hitter. And Tom Berenger rounds off the cast as Jake Taylor, the broken down catcher and mentor figure for our other two stars. The three, along with memorable characters like Pedro Cerrano, Rodger Dorn, and Manager Lou Brown, have to turn the down and out Cleveland Indians into a playoff caliber team or face a relocation to Miami by their diabolical new owner. If movies about institutional racial segregation and managerial back office negotiations aren’t your cup of tea, then I recommend taking a few hours out of your day to give this one a shot.

I contemplated leaving Sandlot off this list completely. Then I came to my senses and placed it where it rightfully belonged, right between one of the greatest comedies and one of the greatest documentaries of all time. The Sandlot is baseball. If i’m scrolling through the television guide and I see The Sandlot, i’m watching it, no arguments. The ensemble casts works so well together that pointing out a single actor or character seems irresponsible (although the Jet was a favorite of mine). I would hope every baseball fan reading this has had their ‘Sandlot moment,’. The film perfectly captures how baseball, and baseball history can be a completely mythical experience. Stop reading this article right now if you haven’t watched Sandlot, because if you haven’t, than you probably won’t care to watch the next entry on this list.

I’ve said it once, and I’ll say it again, “You aren’t a full baseball fan” if you haven’t seen this epic of a documentary at least once. Ranging from the origins of the game, to golden age of the Babe, to the steroid era and beyond, Ken Burn’s 18 and a half hour master piece is less a documentary and more a love letter to America’s Pastime. No film on this list will get you more prepared for the baseball season than Baseball. The very essence of the greatest game on earth is captured in photography and video clips, laden with carefully selected narration by some of baseballs most cherished former players and baseball writers. Just try to listen to Buck O’Neil rendition of “take me out to the ballgame” and not bat an eye. I highly suggest that you put the time aside to check out Ken Burn’s magnum opus before the first pitch on opening day.