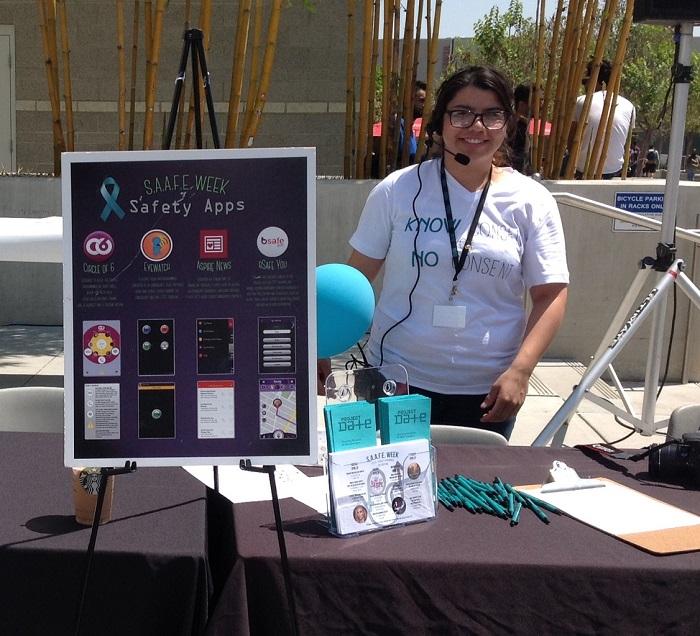 The first thing that Lucy Le, student instructor for Project D.A.T.E, wants people to know is that the organization she represents is not a dating service; the second, and most important message, is that sexual assault is not just a female issue, or a man hating issue – it’s everyone’s issue.

On April 20, Project D.A.T.E (Discovering Alternatives for Today’s Encounters) kicked off S.A.A.F.E week with a tabling fair and art display in the USU’s Plaza del Sol, including representatives from Project D.A.T.E, CSUN Help Line, #It’sOnUs and other campus organizations coming together to inform students about sexual assault resources and services on campus.

“Project D.A.T.E and S.A.A.F.E (Sexual Assault Awareness For Everyone) Week is to reach out to students that we don’t have access to during the regular portion of our educational program,” said Le. “Students that are in majors such as art or engineering may not have the opportunity to take classes addressing these issues and we want them to know that we’re here to help make the campus a safer place.”

“Students can get credit for enrollment in Project D.A.T.E as a class, up to two semesters,” she said. “But many of us continue after that as club members because we feel so strongly about getting the organization’s message out to students on campus.”

S.A.A.F.E week continues through Thursday, April 23 and includes lectures by Annalynne McCord and Pam Mitchell; a self-defense class taught by Nelson Mio; a relaxation class led by Maggie Stoicoff; and a screening of the documentary “The Hunting Ground” – which focuses on the epidemic of rape on college campuses in the United States.