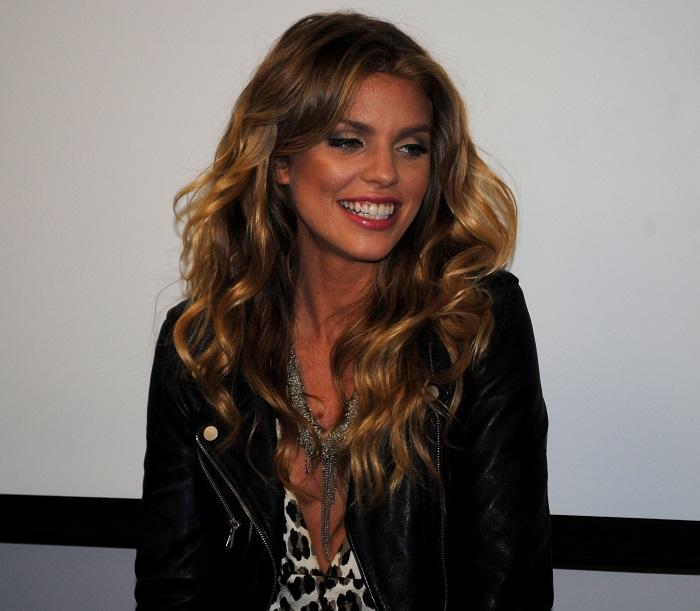 At first glance, AnnaLynne McCord looks like the Hollywood ideal: a tall, thin, striking blonde with perfect hair and fashion magazine style – but, what you would probably never guess is that she was sexually assaulted, in her own bed, by one of her closest friends.

Project D.A.T.E chose McCord as keynote speaker to this year’s S.A.A.F.E Week event to talk about her personal experience with sexual assault, including how it happened, how it affected her life and how she made it through.

Immediately after approaching the podium, McCord gave the audience assembled in Nordhoff Hall a quote that has fueled her desire to come forward and use her experience to educate and empower others.

“The only way I know how to make a change,” said McCord, “is to be the change.”

Then she launched into the story of her assault. As she was recounting the night she was raped, McCord took a moment to give the audience some background on her childhood and how she felt that it played a part in the events of that night.

“I’m from the South,” she said. “We’re taught to be polite – but being polite means lying.”

“You don’t want to hurt anyone’s feelings or be politically incorrect,” said McCord. “When I was being raped, I froze because I was taught that I didn’t have the right to say no.”

The only thing that allowed McCord to stop her attacker was the thought that she was cheating on her boyfriend.

“I could find my voice to say, ‘please stop’ for my boyfriend’s sake, I couldn’t find it to save myself,” she said.

After the attack, McCord suppressed her shame and used cutting to “numb herself” to the pain and shock she was in denial of suffering.

“The worst thing about all of those feelings was feeling alone,” she said. “I still have times when I feel alone, but talking about it makes me feel more normal.”

During the 10 months that McCord kept her rape secret from everyone around her, she began to spend less time acting and more time creating a charity that rescues girls in Cambodia from the abuse of sex trafficking.

She didn’t make the connection between the parallel circumstances she shared with the girls that she was saving.

“Those girls saved me,” McCord said. “There is no doubt about it – without them, I might not be here to tell my story.”

Though she finally told a close male friend about her attack, it wasn’t until her character’s storyline on CW’s reboot of 90210 mirrored her real life that she acknowledged its impact on her psyche and the post-traumatic stress that she had been suppressing.

During filming, the reality of what had happened to her came to the surface in a way that made her run from the set. It was her makeup artist that found her hiding on another sound stage.

“The interesting thing about survivors is that we find each other,” said McCord of her makeup artist. “He didn’t know my story and I didn’t know his, but in some way, we each knew each other’s stories – he was a survivor, too.”

When McCord went public with her story during a charity fundraiser for the girls in Cambodia, Cosmopolitan magazine gave McCord the opportunity to reach 18 million women and empower them in their own lives.

“There is so much more I want to do, besides act,” she said. “I want to have this conversation with everyone, because, well, we’re human.”

McCord closed with her favorite quote, “what is real cannot be threatened, what is unreal does not exist.”

CSUN Business sophomore, Nick Thornton, came to see McCord because he was a fan of the actress, but he left with some food for thought.

“I don’t think most guys think about things like this,” he said, “but hearing her speak gave me a lot of information I didn’t have before.”

McCord ended the lecture with a call for everyone to come up and take a selfie with her, “Academy Award-style.” She hugged those who asked and thanked the audience for coming to see her speak.

But McCord left the audience with more than photographic evidence of her genuine care for those in her audience. She left them with an admonition.

“Let your life come to you,” she said, “and actually live.”