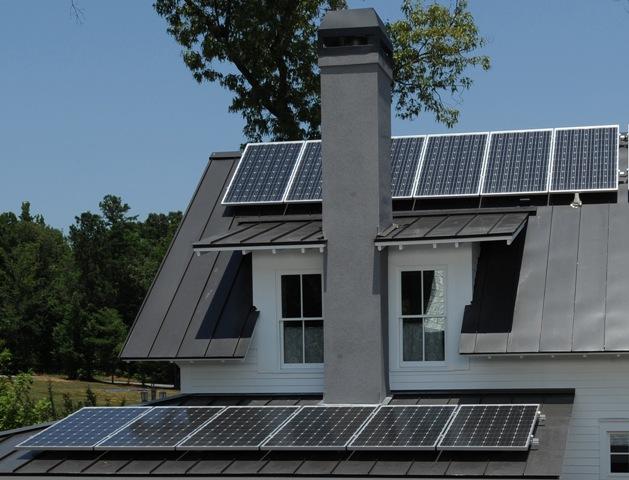 Over the past few decades the use of high-powered gadgets has shifted to low-powered, energy-efficient devices aimed more towards helping the environment. Today, the “Eco-friendly” fad is becoming the norm and people are trading in their older devices to help preserve the Earth’s resources.

Many believe that environmental tech can be rather expensive, however, there are some cool tech that can help save tech-lovers some money in the long run as well as help save the environment.

LED TVs- The main appeal of LED TVs is that they’re beautiful, vibrant, and can use less energy than LCD or Plasma. In fact, some reports suggest that LED TVs can save as much as 50 percent energy compared to Plasma TVs.
Solar Panels- The increasing popularity of solar panels over the years has inspired many neighborhoods to go all-green. Solar panels have a higher upfront cost than electrical wiring but ultimately save consumers an overwhelming amount of money in the long run. Reports show that some residents even pay a few bucks a month when switching to solar powered energy for their homes.
Portable Chargers- With a smartphone, battery life is almost always its biggest issue. Keeping a phone plugged in a wall all day can pile up an incredibly large electricity bill. Portable chargers are a simple, efficient solution. Portable charging stations such as the Fenix ReadySet are guaranteed to always save customers money because it’s a portable solar-powered charging station. Some people find their electricity bills to be more than $500 a month and that’s partially because outlets are plugged even when devices aren’t being used. By keeping a self-sustaining power station out of your home’s sockets, it will save you a lot of money.
Smart Thermostat- One of the main knocks on modern air conditioning is that it isn’t that efficient. With the Nest Thermostat that changes. This thermostat adapts and learns from homeowners based on their schedules, weather patterns, and temperature preferences. When a user isn’t home there will be no change in temperature until the user is near or getting off work. The Nest Thermostat asks users a series of questions based on scheduling and preferences to determine the best, most efficient use of air conditioning. Say goodbye to those large summertime AC bills!