Marina and the Diamond’s Fruitful ‘Froot’ 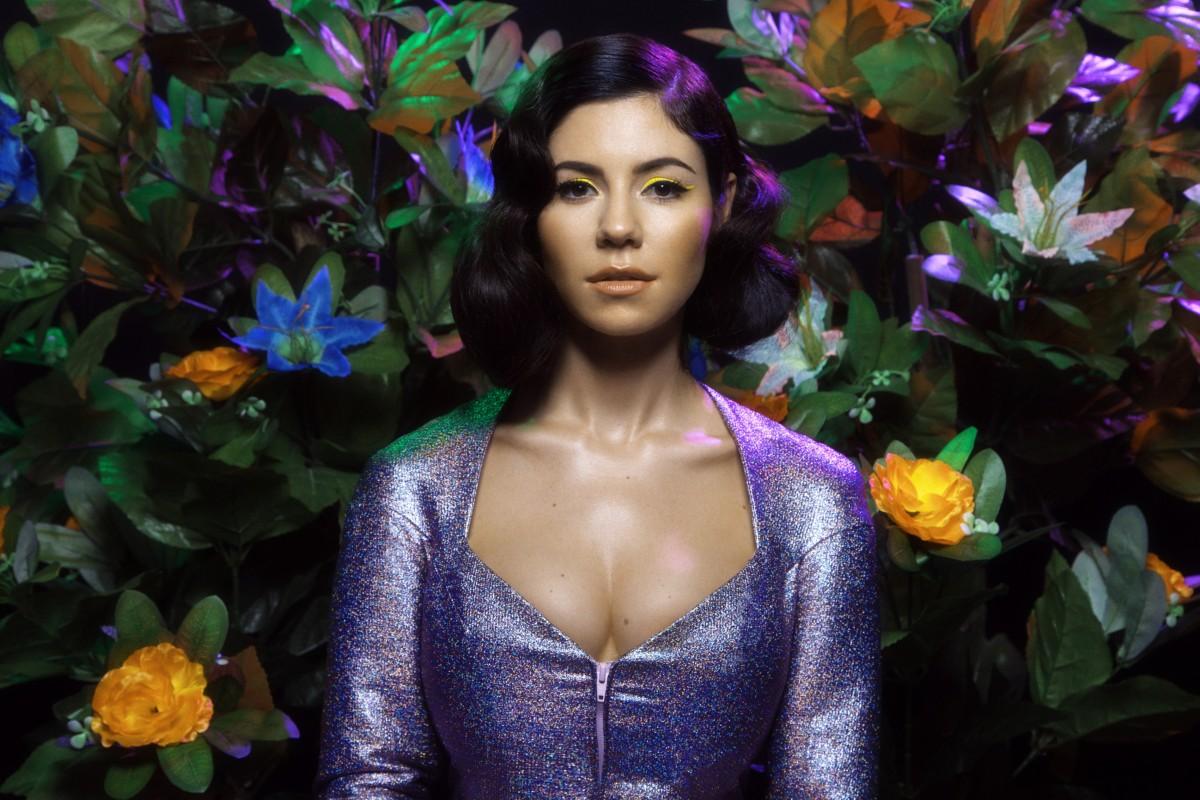 After 2012’s “Electra Heart” hit, Marina Diamandis otherwise known by her stage name, Marina and the Diamonds, releases “Froot”. It is a change, showing mature internal growth for the singer/ songwriter and without deserting her fans, Diamandis still delivers the quirk and danceable pop beats she’s known and loved for.

The album starts off a little slow with a bittersweet track called “Happy” where Diamandis declares her parting ways from the sadness that weighed heavy on “Electra Heart”. Though there is still some left over heartbreak in the song “Blue”, it doesn’t echo anything gloomy. There is brightness to this album. The songs “Gold” and “Solitaire” are songs about removing the ball and chain that once wrapped around the ankle to Diamandis’s happiness and lets freedom ring.

“Froot”, the first single released, which is also the song the album is named after, brings the satisfaction to a three year long wait for new material. There are puns and unconventional singing galore. In her other singles like “Forget” and “I’m a Ruin”, the breaks are pulled and it slows the pace down.

The theatrics of her voice also might not be everyone’s cup of tea. Her previous album supplied stuck-in-your-head pop songs that “Froot” hasn’t lead with but it does have. Songs like “Gold” and “Blue” would have given a more familiar yet unacquainted sound that would have kept people grooving. Then again, that might be the genius about having those songs lead the album to show a different side of the colorful performer.

Diamandis is as passionate of a singer as she is a songwriter. She never just gives the good beat without something meaningful behind it. A one-trick-pony she is not. Listeners can rely on her when they desire to hear smart lyrics. In “Can’t Pin Me Down”, she sings about her own contradictions and how they might have caused trouble or shame in the past.

In the song, she proudly celebrates these inconsistencies by being an undefinable, unpredictable and unique person as she writes, “You might think I’m one thing, but I am another/ You can’t call my bluff/ Time to back off, motherfucker/ Do you really want me to write a feminist anthem?/ I’m happy cooking dinner in the kitchen for my husband”. The self-deprecation phase is finally over.

Like the introductory track “Happy”, the closing song “Immortals” is also a slower tune that sums up the album. It is philosophically deeper and self-reflective about getting caught up in life and losing sight on things that matter. She mercilessly sings the reality of life with lyrics like, “I’m forever chasing after time/ But everybody dies, dies”. The message is not grimly saying everyone dies, but it is saying to love so that love lives on. Here shows Diamandis ditching the psychological distress of her adulthood from her previous album and leaves Froot as fruitful as can be.

“Froot” is an exceptional accomplishment. It is a great development that not only betters from Diamandis’s previous album but also profoundly departs from it. Fans of “Electra Heart” should love “Froot.”