The dangers of fake concert tickets 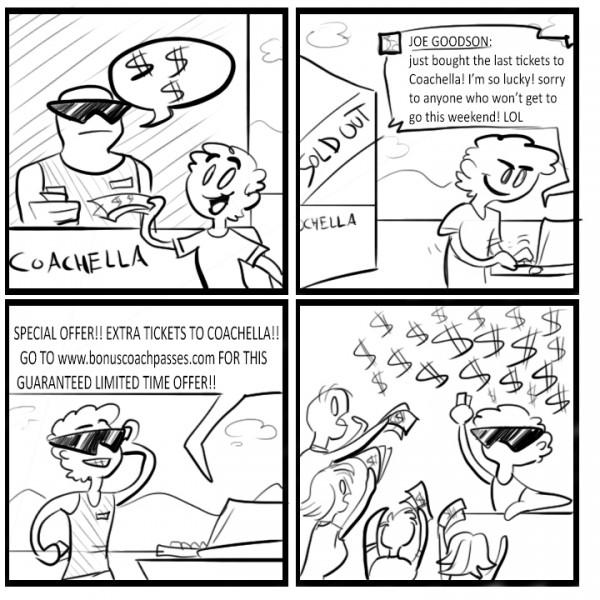 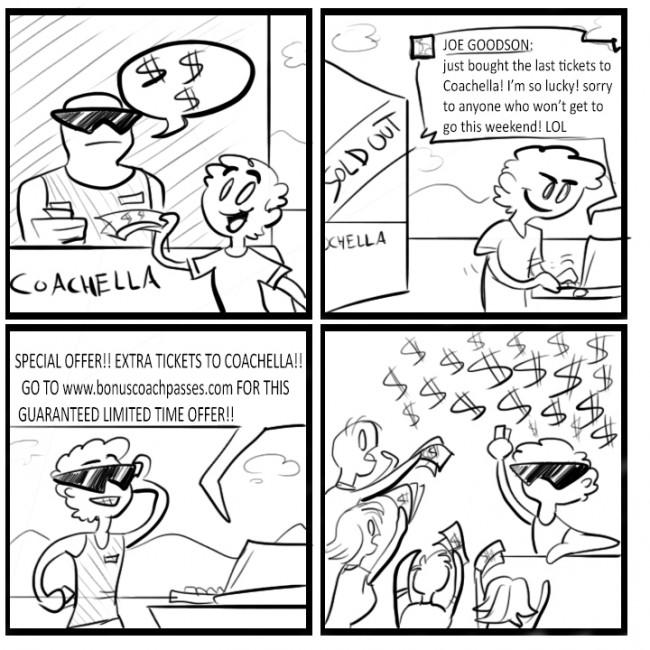 Imagine your favorite band or performer was playing after years of being on hiatus or even disbanded. Tickets were only being sold at Ticketmaster so you wait for the exact time, and try to grab a few. Then you wait.

A spinning wheel mocks you as time ticks by, and you know that with each second that passes, another ticket is being sold. A half hour later, it’s sold out.

You know there are secondary markets on the web so you skim different sites for possibilities, only to have your jaw hit the floor as you see the price of a ticket marked up tenfold.

Ticket scalping is nothing new to the world. Even before the Internet, people would stand on the corner of venues with prices marked up in hopes of making a profit. The rise of online ticket sites has only made the process easier and more of a struggle for actual fans.

The Grateful Dead fans experienced this phenomenon at the end of February when tickets for the band’s 50th anniversary show went on sale.

On StubHub, seats behind the stage with no view are at the low cost of $500 while places right in front can reach a staggering $12,300. The original price range was only $50-200.

I’ve been regularly going to shows for almost ten years and am well aware that there are people in the world who will buy things only to make a profit. I get it. We live in a capitalist society, and anything can be for sale if you try hard enough. What I’m wondering is why people forget how to be decent.

It irks me to overhear conversations of someone buying up tickets, especially to popular music festivals, just to sell it to some poor fan who didn’t get any the first time around.

Coachella tickets are going for at least $420 for a weekend pass on StubHub, which unfortunately at this point doesn’t seem all that bad. The annoying thing is that the site claims to have over 3,000 tickets.

That’s a ridiculous number, and I can’t help but wonder what exactly happens if they don’t sell them.

I find a little solace in the fact that not everyone can sell their product, so they’re screwed out of some money.

Raising the price only a tiny bit isn’t even that big of a deal. It’s when things are doubled, tripled or even quadrupled that I start to have major issues.

Music, or even sporting events, should be granted a bit more respect than wanting to make a quick buck.

Maybe it’s just me, but the idea of a scalper taking advantage of someone who wasn’t lucky or quick enough is already distasteful. The fact that some people know how much money others would drop on certain events and they reflect the price as such is reprehensible.

The act is much worse when the tickets are fake. Craigslist has a reputation for selling fake ones, which probably helped contribute to places like StubHub.

Luckily, an increase in paperless tickets means the act is less likely.

Ticketmaster recently released its own resale market called TM+ to compete with StubHub, so the practice doesn’t seem to be stopping anytime soon.

There have been lawsuits filed for scalping but laws vary by states so there’s no consistency. In California, it’s illegal to buy tickets with the intent to sell them above face value. This doesn’t stop people, and it’d be nearly impossible to catch everyone.

I’m thankful for artists who reclaim tickets on secondary market sites and release them back to fans. Brand New seems to do this often, as they know how fast their shows sell out.

For now, fans will have to continue to compete and hope they come out on top.