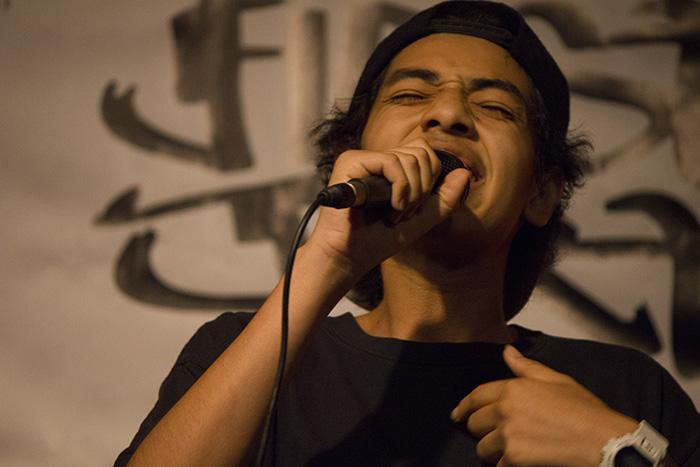 Story and photos by: Zane Foster

CSUN’S Hip-Hop Culture Club (HHCC), led by club president Timothy Rhyme and vice president DanTana Prilly, put on their first large event this year called “The Mixer” on March 25, 2015. The event provided an opportunity for the CSUN community to see talented hip-hop artists and network with enthusiasts within the school.

The event took place in the Games Room, across from the Student Recreation Center. Members of the club performed original raps, some with music and beats they created. “The Mixer” also provided an opportunity for people to perform who were not in the club through an open mic session. The event was free and provided food and drinks, funded in part by donations from club members.

“The Mixer” proved to be a huge success for the HHCC, attracting many talented artists and hip-hop fans. Performers in the open mic section varied from rappers, beat-boxers, spoken word poets, r&b singers, and even a guitarist. The open mic ended with a cheering contest to determine which performer the crowd enjoyed the most. The contest resulted in a tie which led to a rap battle to determine a winner of a CD, with the loser receiving a sweatshirt (both provided by the HHCC).

After the open mic section, members of the club performed their own raps. The vice president and president of the club concluded the night with their performances.

Future plans for the Hip Hop Culture Club include a possible summer tour around the United States, said the club’s president, Timothy Rhyme.