The GOP budget: forget the people, let’s amp up the military! 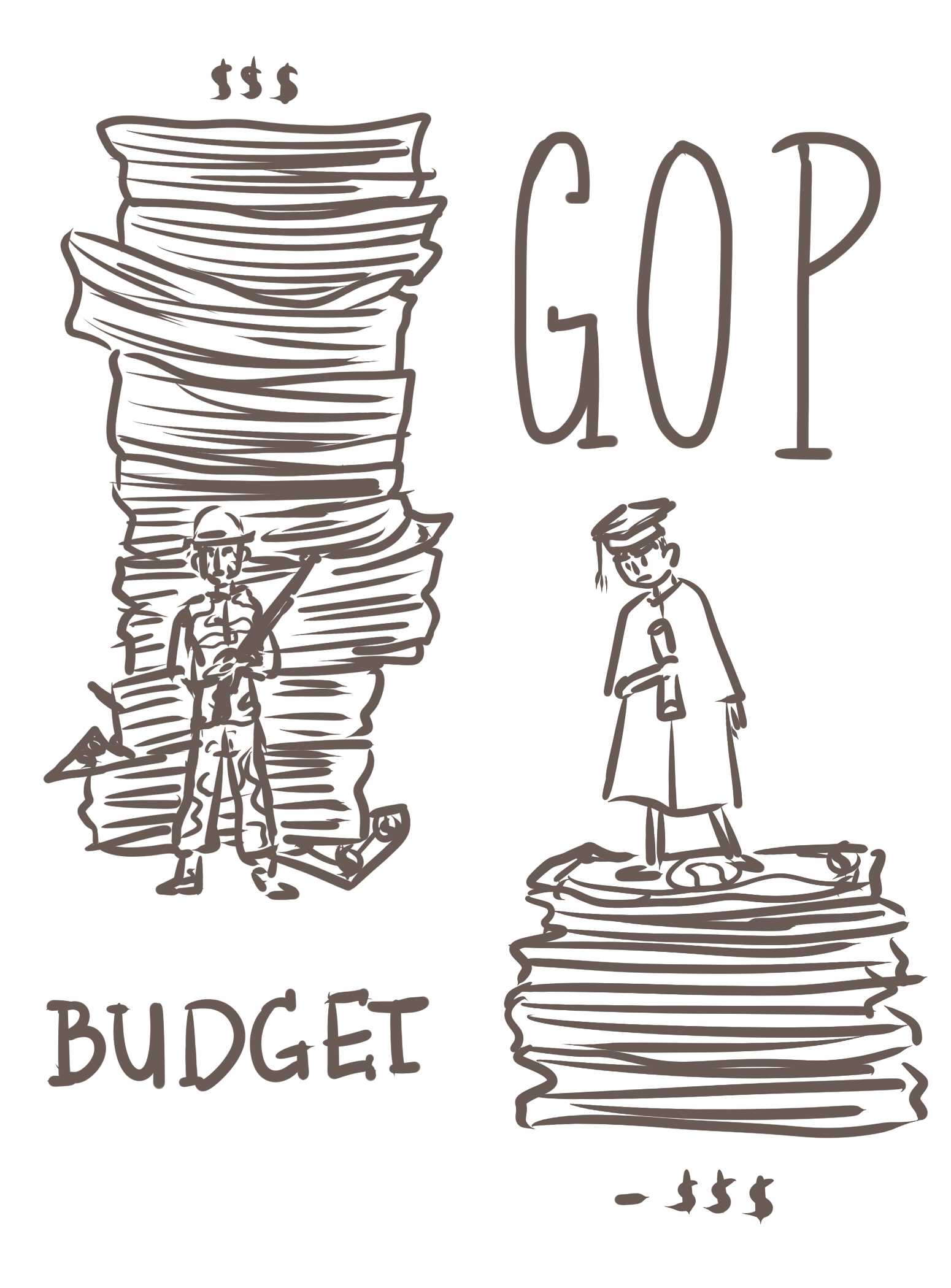 Fund the military! Repeal ObamaCare! No new taxes! If the Republican Party had an official mantra, that would probably be it. The GOP-controlled Senate voted March 27 to push forward their budget – a budget that follows that mantra to a T.

Among other things, the proposed budget includes hefty spending increases to our defense programs, deep cuts to domestic social safety nets like Pell Grants and a paved path to the full repeal of President Obama’s Affordable Care Act, all without introducing any new taxes. The budget aims to decrease our nation’s deficit within ten years, but is cutting healthcare while beefing up the military (even further) really the right way to go about that?

I don’t know about you, but cutting things like financial aid for college students (which I, along with many of you, have depended on throughout our entire career in higher education), as well as access to healthcare for millions of Americans, while pouring more unnecessary money into defense spending is rage-inducing.

The Senate’s proposed budget, as well as the Republican-controlled House’s, intend to cut $90 billion from the Pell Grant program over the next decade. Students in this day and age are already finding it nearly impossible to pay for school without falling into inescapable debt, and now Republicans want to neuter a major source of aid for us.

According to Reuters, more than $5 trillion is set to be cut from domestic programs just like Pell Grant assistance and the Affordable Care Act, essentially dismantling President Obama’s healthcare reform if the Republican budget passes. This would leave over 25 million Americans uninsured, Americans, including myself, who could never dream of affording health insurance before the ACA.

Here’s an idea, GOP: instead of cutting programs Americans depend on, why not cut some money from our already-bloated military spending? Republicans in both chambers are even divided on the issue, but without the support and votes of major so-called “defense hawks,” the GOP budget would never have any hope to pass.

As of today, members of the Republican Party in both the House of Representatives and the Senate are negotiating their separate budgets in order to introduce a final, combined proposal. While the two chambers hoped to have their ultimate agreement on the table by April 15, it has yet to be completed.

Members from both the Democratic and Republican Party have criticized the House GOP’s budget as being “gimmicky,” with an over-reliance on rhetoric rather than offering actual, meaningful results, all falling back onto that mantra of “repeal ObamaCare and strengthen our military.” And it’s true, Republicans give us the what – cutting federal programs, boosting defense spending – but don’t detail the how. The budget looks to repeal the Affordable Care Act while still counting revenue from the law as if it were still in place. What?

We’ll see how Republicans in Congress manage to sort out this mess, if they can. But, like nearly everything else the GOP does, I expect their final budget to bank on empty, worthless talk without concrete solutions. After all, they have to keep that mantra alive.