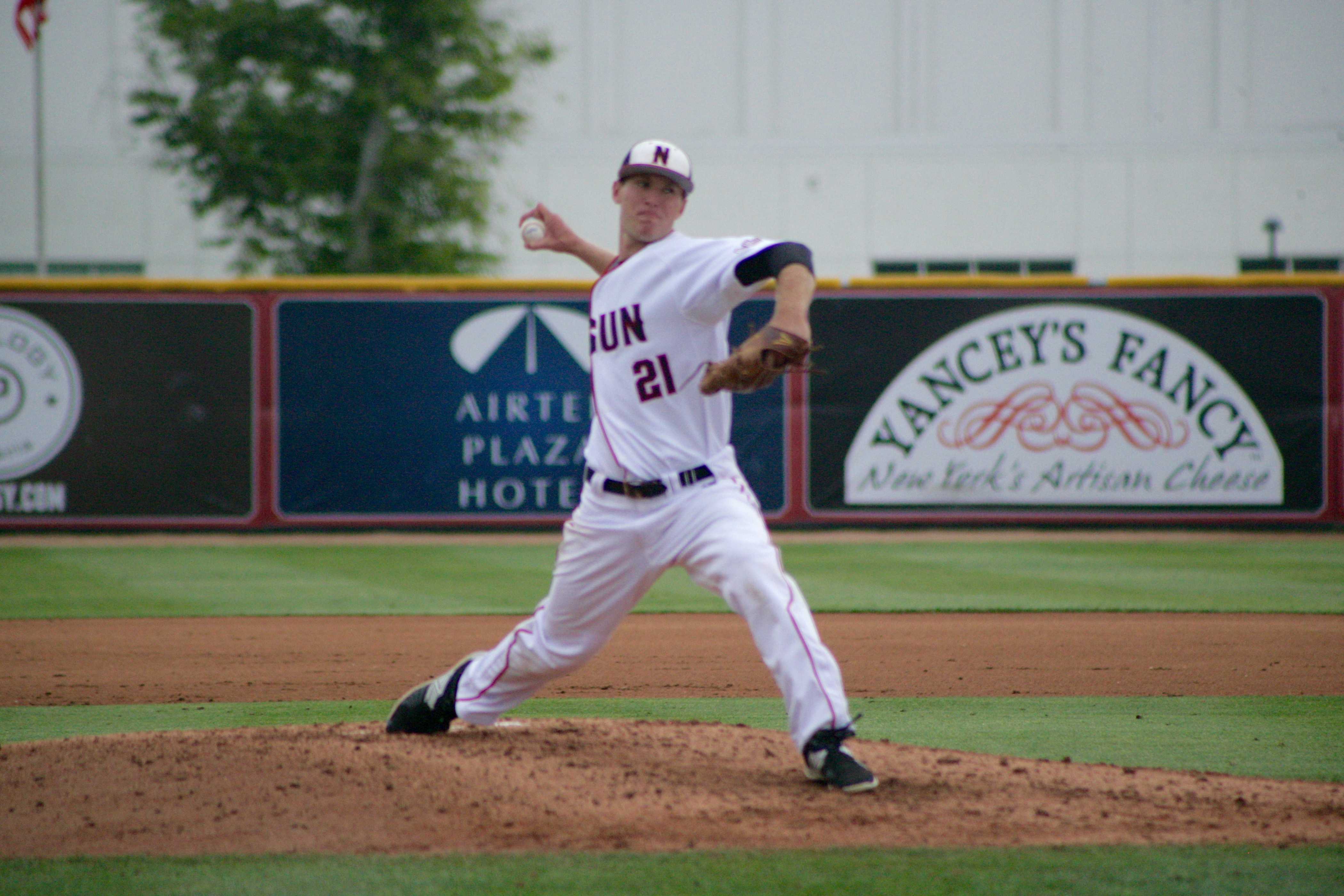 The Matadors (25-15, 4-9 Big West) get much needed conference win, beating the visiting UC Riverside Highlanders 2-1, despite the lack of run production.

CSUN junior starting pitcher Calvin Copping was dominant from the first pitch and continued this level of play throughout the game.

“You can’t argue with what Calvin does every week in terms of competing.” said CSUN head coach Greg Moore. “I thought today was as sharp as he’s been.”

Copping received his fifth win of the season (5-4). He pitched seven innings, had nine strikeouts, allowed one earned run on five hits, and brought his era down from 3.03 to 2.85.

Though the Matadors hitting wasn’t as productive as their six-run outburst on Tuesday against San Diego State, they were able to produce some quality at bats.

In the bottom of the seventh inning, junior William Colantono answered the Highlander’s game-tying run with a two-out RBI single of his own, breaking the tie game.

“It was a great at bat by Will.” said Moore about the go-ahead RBI hit. “Early in the game he wasn’t seeing the ball well, [but] to Will’s credit, he found a way to steady himself.”

While Colantono got the winning RBI, CSUN sophomore relief pitcher Conner O’Neil received his seventh save of the season.

O’Neil replaced Copping for the final two innings, allowing one hit while getting two strikeouts

Coach Moore’s decision to replace Copping for O’Neil had to do with UC Riverside’s lineup changes and not necessarily pitching production.

“They were just about to flip their lineup.” said Moore. “I really respect the top half of their [batting] order. We just wanted to show them something else.”

CSUN will face UC Riverside at 2 p.m. Saturday, for the second game of this three-game Big West series at Matador Field.