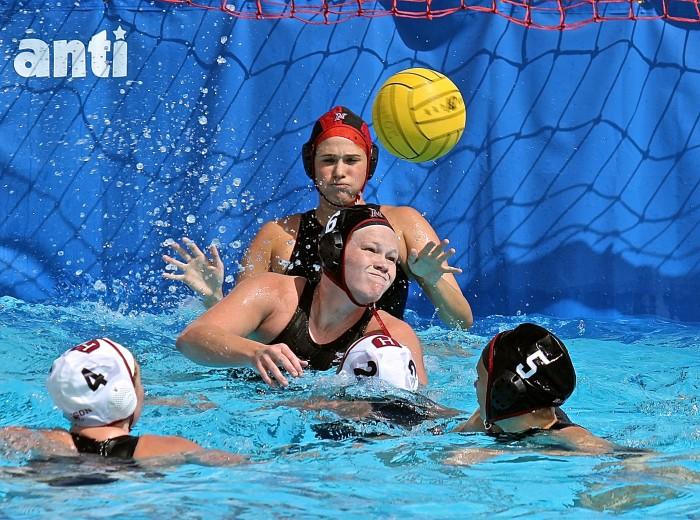 No. 10 CSUN (14-11, 3-2 Big West) Women’s Water Polo team were never able to tie the game after a goal in the last five minutes of play put the No. 6 Rainbow Wahine up 6-5, eliminating the Matadors from championship contention in the Big West Conference semifinal match on Saturday night.

The second-seeded Matadors and third-seeded Rainbow Wahine were neck and neck all game with neither team able to fully break away until Hawaii’s late goal. Despite being down two goals on two different occasions the Matadors fought back to tie get back in the game.

A goal by senior utility player Kelcy Barott with 3:50 left in the first quarter helped the Matadors strike first blood but then Hawaii junior attacker Paula Chillida Esforzado tied the game at 1-1 with less than a minute before the end of the period.

The Rainbow Wahine went up 3-1 in the second quarter with goals from Chillida Esforzado and Claire Nixon. Freshman attacker Madeleine Sanchez cut into the deficit with a goal two minutes before halftime.

Both teams had an offensive explosion in the third quarter with two goals by the Rainbow Wahine to the Matadors three.

Senior attacker Katie Kammer came up clutch with back-to-back goals, two minutes apart to tie the game at 4-4 with six minutes left to play.. The Rainbow Wahine regained the lead at 5-4 due to Chillida Esforzado’s third goal of the night. Senior defender Kelcie Ferreira tied the game at 5-5 with less than a minute to play in the quarter.

In the final period both teams locked down defensively. With a championship birth on the line the game remained tied until Chillida Esforzado scored her fourth goal on the Matadors with five minutes to play.

The Matadors furiously battled back to tie and win the game but fate would not have it that way.

Senior Kiernan Davis moved into sole possession of second place all-time in school history after her six saves, which gave her 769 in her record-breaking career.