Matador Nights once again fills USU, this time with an Hawaiian theme 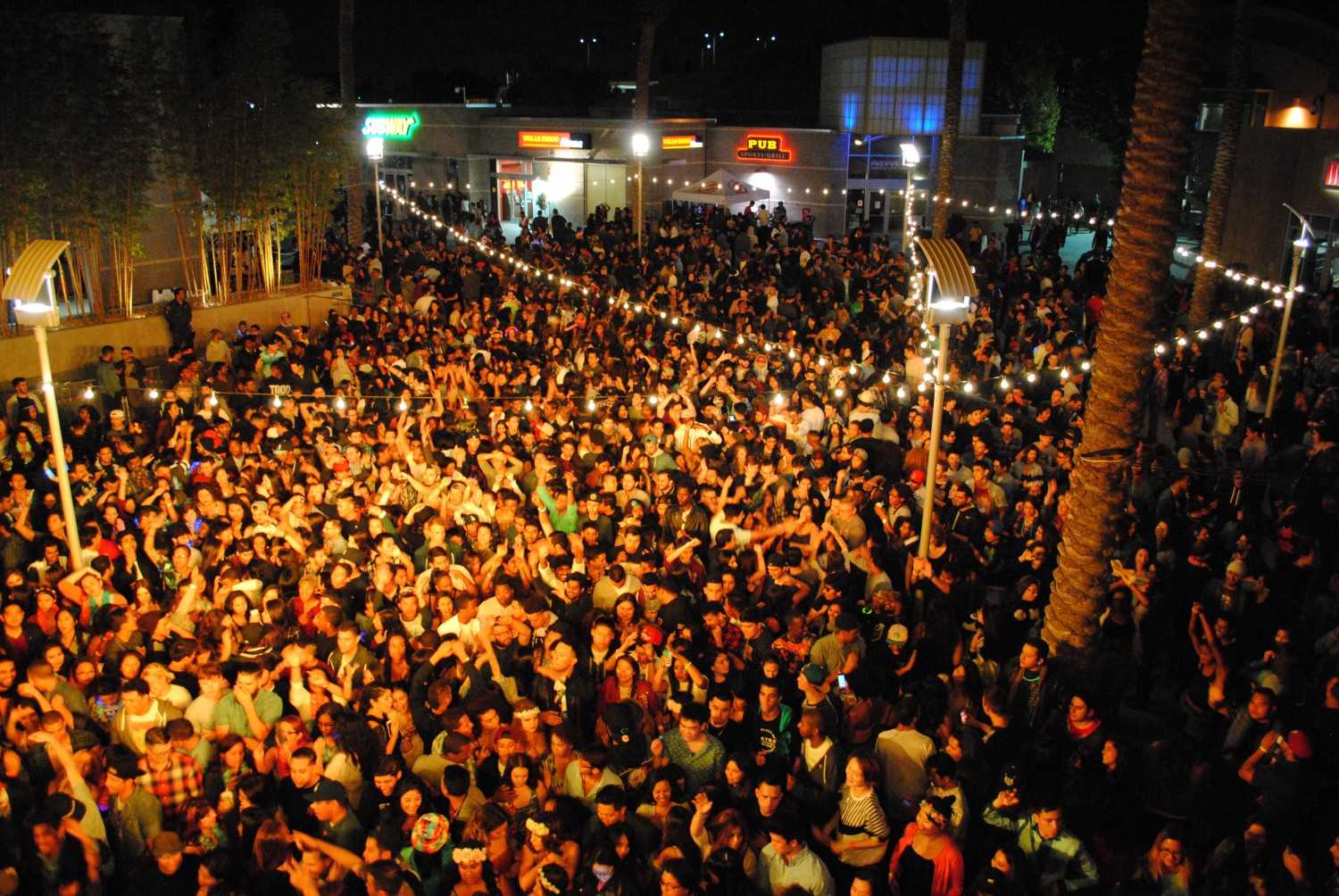 The crowd of CSUN students that gathered in front of the stage while DJ Nick Ferrer played his set. (Jennifer C. Martinez/Contributor)

The University Student Union found itself packed at Friday’s Matador Nights, which brought together over 3,400 CSUN students for a Hawaiian themed evening of food, fun and live performances.

At a capacity of 5,000 people and a total attendance of 3,460 students, the event was seen as a huge success by both staffers and organizers alike. Headlining the event was Australian singer and DJ Havana Brown, with DJ Butter and Nick Ferrer providing most of the night’s music.

“Everyone’s been in really good spirits,” said Matthew Eickhoff, a staffer at the University Student Union. “People have been smiling and having a good time, so everyone’s been having fun.”

Joaquin Benavente, a student events assistant for the USU and an event lead for Matador Nights, said he was also pleased.

“Matador Nights brings most of the community of CSUN together under one roof at the USU,” said Benavente. “It always exceeds my expectations… the turnout has been amazing.”

Guests were invited to participate in hula lessons, play a few rounds of mini-golf and even enjoy a number of casino-style games in the Grand Salon. As with some of the previous Matador Nights, the event also featured a selection of carnival rides, including a zip line included, to the surprise of many.

“I wasn’t expecting the zip line,” said freshman kinesiology student Jessica Luna. “It was interesting. I’m scared of heights. It was higher than I expected.”

“This is definitely the best year we’ve had,” said Eickhoff. “For the last few Matador Nights, we’ve had two rides back here in this lot. This year we have three and the lines have been full and steady for them all night long. I think it’s definitely been one of the best [Matador Nights] in recent years.”

Still, some students were disenchanted by the long waits before going on rides.

“The line [for the zip line] was way too long, so we ditched it,” said 22-year-old CTVA major Sonia Viridi. “The long lines were discouraging.”

The evening’s DJs played a medley of EDM, hip hop and pop as beach balls bounced around the crowd.

“They’re all similar, but it’s always fun,” said Viridi, participating in Matador Nights for her third time. “I think they did a good job of executing the entire theme. The mini golf was fun, as well as the mini beach balls.”

With mobs of smiling faces filling the area, the night’s organizers said they were both passionate and proud of what they had accomplished.

“My favorite part of Matador Nights is being able to see CSUN students come together and enjoy this amazing event,” said Sarah Shabbar, a student USU public relations assistant. “The crowd was extremely energetic and the events team did a great job of pushing boundaries. At every corner of the Plaza del Sol there was something for everyone to enjoy.”