LAPD on “blue alert” in response to violence in Baltmimore 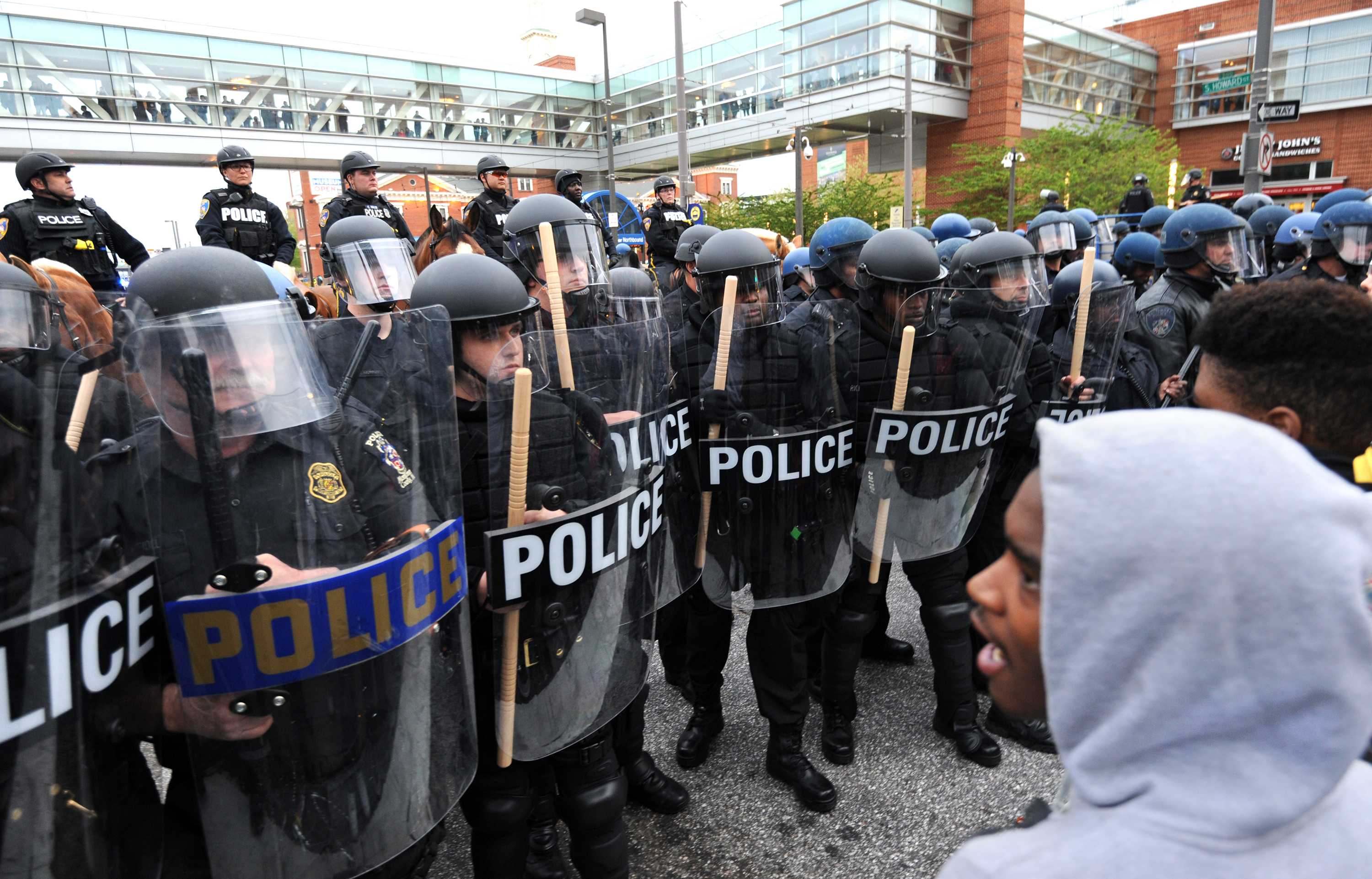 Police and protestors line up against each other across from Camden Yards in Baltimore on Saturday, April 25, 2015, as protests continue in the wake of Freddie Gray's death while in police custody. (Algerina Perna/Baltimore Sun/TNS)

LOS ANGELES (CNS) – Responding to violence in Baltimore over the death
of a man who suffered a spinal injury while in police custody, the Los Angeles
Police Department issued an alert today requiring its officers to work strictly
in two-person teams.
“We are aware of the incident (inBaltimore), so we’re not going to
have one-man cars today,” LAPD Officer Rosario Herrera said.
The so-called “blue alert” will remain in effect throughout the day,
Herrera said.
The move came in response to violence that broke out in Baltimore hours
after the funeral of Freddie Gray, who died while in police custody. Protesters
took to the streets of Baltimore, shattering car windows, looting a pharmacy
and setting fire to at least one police cruiser. Seven police officers suffered
injuries, including broken bones, and one officer was knocked unconscious,
police said.
There have not been any reports of unrest in Los Angeles stemming from
theBaltimore unrest. Multiple protests have been held locally in recent months
over the deaths of black suspects in confrontations with police, both in Los
Angeles and across the country.