The unspoken motive: Iran nuclear deal as A harbinger to global catastrophe 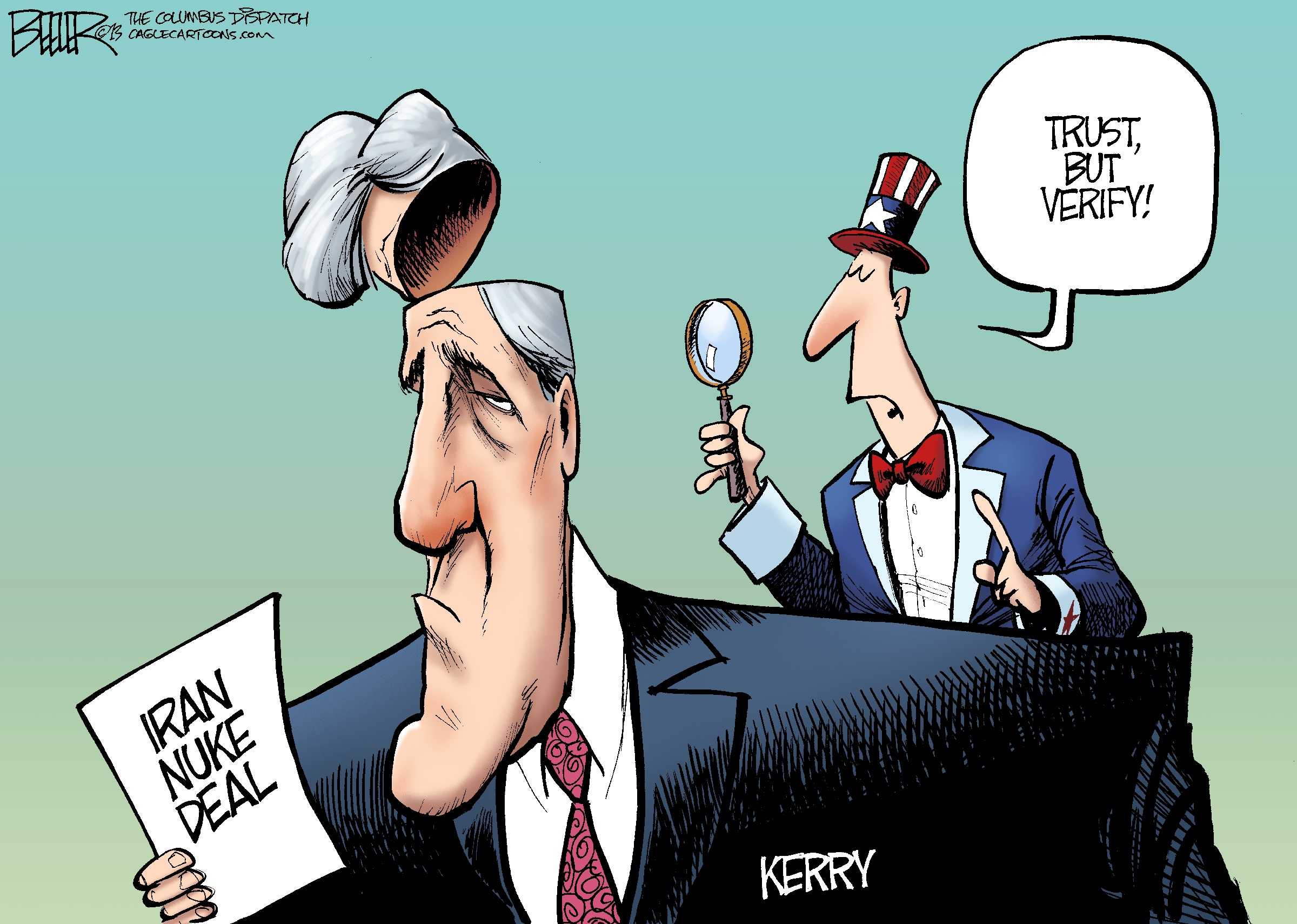 The Middle East has always been a region filled with conflict. Most countries in this region have been led by dictators that have misused their powers: They do this by ignoring the will of the people, committing genocide through utilization of chemical weapons, or by financially supporting terror groups. This is true today in Syria, where chlorine gas was used to harm civilians after the removal of their stockpile just six months ago. Funding of terror groups by Iran in the past is common knowledge. In addition to that, they are currently declared to be a state sponsor of terror by the CIA. Historically speaking, there is a recurring pattern of violence that doesn’t seem to cease or decrease with time.

It is important to understand that the separation of church and state is very important in the initial steps toward acquisition of weapons of mass destruction.

According to Mahmud A. Faksh, a professor of political science at the University of Southern Maine, in his publication titled “The Future of Islam in the Middle East: Fundamentalism in Egypt, Algeria, and Saudi Arabia” said, “Contrary to Western thinking, which bases the state on the social contract theory, Islamic tradition has no equivalent secular theory of the state…The state is embedded in religion. Its purpose is the fulfillment of divine imperatives.”

Unfortunately, previous Iranian leaders have not been able to separate their religion from their domestic or foreign policy. Faksh adds that during the Iranian revolution of 1979, “Khomenei called upon the Shi’a religious leaders to assume a revolutionary role and take direct control of the state.”

Over 35 years after the revolution, the current supreme leader of Iran continues to show this lack of separation of religion in politics. Moreover, Ayatollah Khamenei hasn’t been shy to express his attitude towards Israel.

The general of the Basij forces, known for its loyalty to the supreme leader, has also expressed the intent of the militant group for the destruction of Israel, and also to the United States. It is hard for anyone to be certain that Iran will not violate the nuclear deal. It would not be completely unreasonable to assume that Iran has a greater plan to “annihilate” Israel than what the country openly expresses in the media.

I am not saying that Iran has specific plans to utilize the nuclear bomb against Israel, however this rhetoric by their supreme leader could be a manifestation of Iran’s true intentions: to strengthen the nation’s military involvement in the region. It is hard for anyone to be certain if Iran will not violate the nuclear deal. More importantly, it is crucial that everyone participating in our government that supports this deal to understand that the consequences could be devastating to the stability of the region, and probably will affect the global economy. There is no doubt that Israel will act on its own to prevent this from happening.

Do we blame a small country like Israel that lies in a violent region to have a strong apprehension of fear? Similar to the unrest the U.S. experienced during the Cuban Missile Crisis in 1962, Israel can’t wait while their enemies are designing a blueprint for their destruction. Israel may have the ability to defend themselves, but this may not be the case, should Iran move their nuclear technology forward. Without the ability to defend themselves, and without the help from the U.S., Israel wouldn’t exist today. Their military strength is not only important, but essential to their survival.

We must all admit that when it comes to conflicts that are fueled by ideological beliefs or religious differences, all sides are unable to act completely bias-free. It is important to set aside all biases, and think rationally.

The region is in a very fragile state. Currently, the U.S. seems to be in no position, politically and financially, to engage in more costly military interventions. Under suspicion of transfer of technology to terror groups by Iran, Israel will have no choice but to act preemptively. Such an act could add fuel to an already blazing fire in the region.

Israel is, without a doubt, the biggest opposition to the nuclear deal pending from Iran. They are not the only ones to oppose. The Arab League has agreed to combat Iran. The Arab League is a coalition of 22 Arab nations that includes some of the strongest military and economic nations in the region. This includes Egypt, Saudi Arabia, Syria, Lebanon and Yemen.

Iran might also attempt to produce nuclear weapons to prepare for war against militants in the region ,such as ISIS and Al-Qaeda.

The nuclear deal will only be signed by Iran if sanctions against them are relieved.This means the deal would allow Iran to have the financial capability to strengthen their military power. In fact, they’re already in the process of strengthening their defense. Recently, the nuclear deal that is sponsored by the U.S. has been a strong statement to the global community that validates Iran as a harmless nation. This results in Russia approving Iran’s demand to purchase arms. In addition to that, Australia has announced that they will share intelligence data with Iran regarding ISIS.

History tells us that one single event, such as the murder of Franz Ferdinand, could fuel a global war. It is unlikely that Iran will conform to the deal. If they do violate the deal, then it will result in further escalation of violence in the region that might have global repercussions.